IT professionals tend to either scoff or grumble about deploying new versions of Microsoft Office. TechRepublic's CIO Jury bucks the trend on Office 2010.

IT professionals tend to either scoff or grumble about deploying new versions of Microsoft Office. TechRepublic's CIO Jury bucks the trend on Office 2010.

TechRepublic recently polled its 100-member panel of U.S. IT executives and asked, "Is Microsoft Office 2010 a worthwhile upgrade?" The jury, made up of the first 12 respondents, came through with eight "Yes" votes and four "No" votes.

TechRepublic's CIO Jury is based on the original CIO Jury concept developed by Silicon.com, where you can find lively opinions from IT leaders based in the UK.

When you talk to IT professionals about deploying the latest version of Microsoft Office, they'll typically tell you that most of their users take advantage of such a small percentage of the features in Office that it doesn't make sense to do an upgrade, which will likely confuse users more than it will improve productivity with new features.

So why are CIOs singing a different tune with Office 2010? Two of things cited most often were improvements to Microsoft Outlook 2010--the application that changes the most in the Office 2010 suite--and one new feature in Excel 2010.

"Some of the new features added to Outlook make it worth the upgrade alone," said Lance Taylor-Warren, CIO of H.A.W.C. Community Health Centers.

Joshua Grossetti, Head of IT for Triumvirate Environmental, agreed. He said, "The new features in Outlook alone are a compelling reason to upgrade. With the interface seeing only minor changes, we won't see the longer learning curve we saw going from Office 2003 to Office 2007."

Lisa Moorehead, Director of IT for the Massachusetts Department of Public Utilities, pointed to the new Ignore button in Outlook 2010 (below) as a key feature. It allows you to ignore an entire email thread. This can be great if there's something with a ton of responses that are clogging up your inbox and it's not relevant to you. Of course, you have to be careful with this feature because Outlook automatically deletes all of these messages.

Michael Spears, CIO of the NCCI, piled on. He said "Outlook 2010 alone has enough benefits to justify the upgrade (assuming you plan to upgrade Exchange as well). Excel has a number of excellent features as well, such as PowerPivot."

Russ Strassburg, VP of IS for Ramco-Gershenson, went a step further. He stated, "PowerPivot for Excel alone is worth the upgrade." PowerPivot is a free add-on (formerly called Project "Gemini") that allows Excel 2010 to become a more powerful Business Intelligence (BI) engine. This can save some companies from having to purchase a full-blown BI system.

It's also important to remember that some companies can get Office 2010 without paying Microsoft anything extra, because it is part of the volume licensing contract. Scott Lowe, CIO of Westminster College, stated, "Office 2010 brings interface consistency lacking in Office 2007 as well as new collaboration capabilities. We're under software assurance as a part of our campus agreement and will definitely make the switch."

Here are other comments from CIOs on why they are planning Office 2010 deployments:

Still, not all of the IT leaders were on board with Office 2010.

Michael Hanken, VP of IT for Multiquip Inc., sounded a familar note. "I doubt that the potential gain in productivity will offset the cost," he stated.

John Gracyalny, Director of IT for SafeAmerica Credit Union, said, "I'll need more info to evaluate Office 2010... We're still on Office 2003, as nobody in my shop that has used it seems to like Office 2007, and there are no enhanced capabilities in 2007 vs. 2003 that would justify forcing the upgrade."

If you haven't seen the latest version of Office yet, take a look at TechRepublic's gallery of over 50 Office 2010 screenshots. 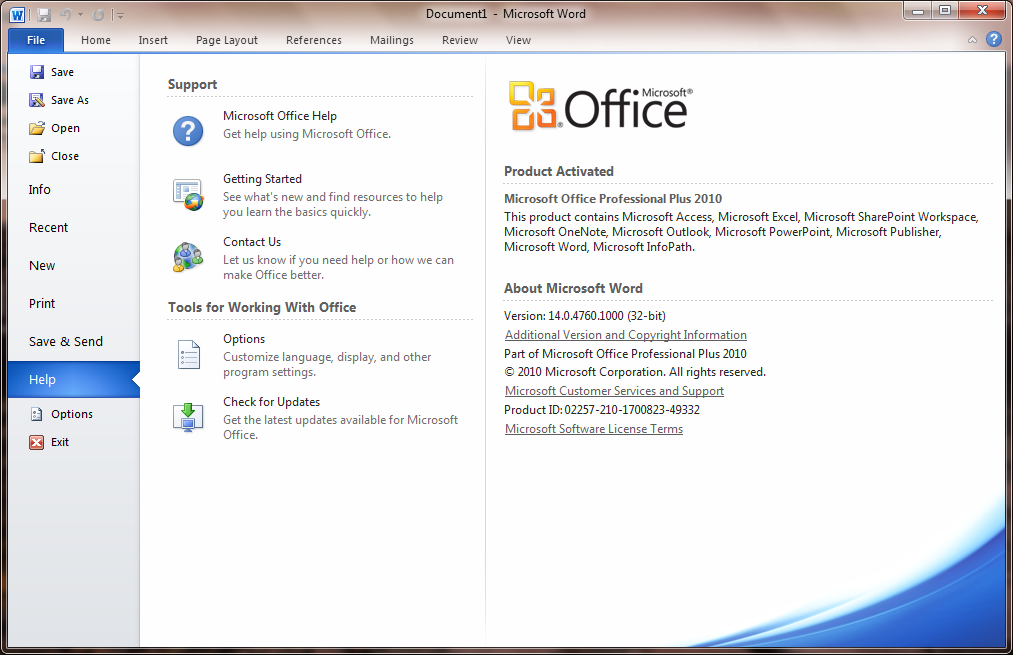 TechRepublic's CIO Jury on this topic was: