TechRepublic has launched a major upgrade that features a streamlined new design and a host of new community and social features. Here are the highlights.

Welcome to the new TechRepublic! We've been working on this upgrade for over a year and we're pretty excited to share the things we've done to both simplify the site and launch new features and a new design to make TechRepublic easier to use and more community-friendly than ever.

One of the things that you may NOT notice is all the stuff that we've pulled off of the TechRepublic pages. You probably won't notice because most of the stuff that we got rid of -- from ad units to promotional boxes to redundant text and graphics -- is stuff that you probably never clicked on and trained your eye to simply ignore. 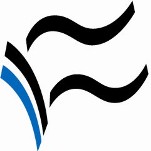 We went through the site with a fine-toothed comb and removed everything that we could, based especially on the statistics on how much our members used various portions of the site, along with aesthetics (we tried to get rid of the ugliest stuff, which turned out to be a lot of old graphics).

The result is a much simpler and cleaner TechRepublic that focuses on giving users the content that they want to in easy-to-view formats. Here are a few examples:

The other places where we put a lot of emphasis in this upgrade were in the related areas of community and social media. TechRepublic has long been (arguably) the largest online community of technology professionals on the planet. This has been a social network since before they called it a social network. We've enhanced our community features with this relaunch and laid the groundwork for more new community features to come in 2011.

We've also made our content easier to share and connect with via social media services such as Facebook and Twitter, which have become an increasingly important part of the online lives of our community members.

Here are highlights of some of the community and social media upgrades that we've made:

We invite you to try out all of the new features and the revised, simplified design. Go ahead and kick the tires and then let us know the new stuff that you like, where we've changed some things that you wish we didn't change, and any bugs or errors that you encounter while you're doing your usual activities on TechRepublic.

We've created an official feedback thread and that's the best place to jump in and share your thoughts. You can also check out our new FAQ.