IT professionals were the heroes of recent decades when they helped enable big productivity gains. The next decade will have a new set of heroes: Developers. Learn why.

The major productivity gains of late 1990s and early 2000s were powered by the spread of information technology throughout organizations of all sizes. And it made IT professionals invaluable. However, the technology world remains in the midst of a relentless transformation and the changes sweeping the industry over the next decade will make developers, not IT pros, the new superstars.

We shouldn't forget that the innovations we now take for granted have streamlined business communications and commerce in big way. I'm talking about PCs on every desk, computer networks for file and printer sharing, email, shared calendars, and ultimately the Web . These innovations gave a turbo boost to existing companies and spawned the rise of nimble new companies that were able to run circles around the incumbents in many industries.

These 1990s innovations made nearly all organizations deeply dependent on new technologies and they hired IT professionals in droves in order to troubleshoot problems, train employees how to use the new digital tools, and to "keep the world running," as it were.

But that revolution is over. The technologies are deployed. The users are trained. The data centers are built. In recent years, no new IT innovations have arisen that can transform businesses the way corporate networks or email groupware or the Web did a decade ago. Nearly everything IT is doing now is tweaking and incremental upgrades to existing technologies.

Worse, the new tech trends that are arising often adapt and iterate faster than traditional IT departments can handle. Take Web applications and smartphones for example. The product and upgrade life cycles are so short that IT's time-tested procedures (test, harden, and deploy) leave IT in a position of rolling out stuff that is already outdated by the time they rubber-stamp it for employee use.

That's why many employees have started using their own laptops, smartphones, and Web apps to get work done -- sometimes clandestinely -- and it's why many companies have reduced the size of their IT departments. Some, such as author Nicholas Carr, have even predicted the demise of IT altogether.

TechRepublic recently asked its CIO Jury to weigh in on the future of the IT department and the verdict was mixed, with half thinking IT will continue to shrink and the other half thinking all boats will rise as technology becomes even more embedded in modern organizations.

I tend to side with the shrinkers, with the exception of a few industries such as health care that have traditionally lagged in IT innovation and are now quickly catching up (a phenomenon borne out in the comments from the CIO Jury poll). But, that won't last forever.

Why? Many computer products have become so cheap that it's often easier to replace than to repair. Plus, IT services have become highly commoditized. There are plenty of technicians and administrators to fill up the labor pool (unlike the IT labor shortage a decade ago), and there are plenty of consultants who can fill in the gaps when needed. The really good IT professionals will still cost you a pretty penny, but they're worth it because they can make your organization more efficient or innovative, or both.

The other factor is expectations. Now that workers have been using this stuff for over a decade, they just expect it to work. There's less tolerance than ever for downtime or buggy systems, especially when companies have outsourced it to service providers who promise best-of-breed experts on the clock 24/7/365. But, even when companies have an expensive in-house IT department that has been hired to make everything run like clockwork, they don't tolerate interruptions.

IT is now a utility. And increasingly, it's just a utility that gets you to your apps

Applications have always been king -- to an extent. It was apps that decided the winner of the PC wars of the 1980s, empowering IBM and then Microsoft to victories over Apple.

But today's app environment is different. It's faster. It's more incremental. It's multi-platform. It's more device-agnostic.  And it's shifting more of the power in the tech industry away from those who deploy and support apps to those who build them. Oh, and did I mention that it's easier to get started, so there's also a lot more competition?

This new app model began in smartphones, with the App Store for Apple's mobile OS, but it has spread to other mobile platforms such as Android and more recently to netbooks and tablets as well. And it's only a matter of time before it spreads to desktop, Web, and enterprise apps, which will each get their own nuanced versions of app stores.

It will be especially interesting to see how well really big software packages can adapt and get more modular, and possibly embrace open standards so that data can flow more easily between best-of-breed apps and modules. But, however it plays out, the momentum behind this app model is too great for it not to affect traditional software packages and software implementation methods.

It's a simple equation. When there's less tech support, there's a lot more emphasis on apps that just work. And the new app model forces developers to make apps that can deliver immediate value to users, otherwise they'll get passed over for the next app.

This breeds a survival-of-the-fittest environment for developers, but make no mistake, there's never been a better time to be a developer. 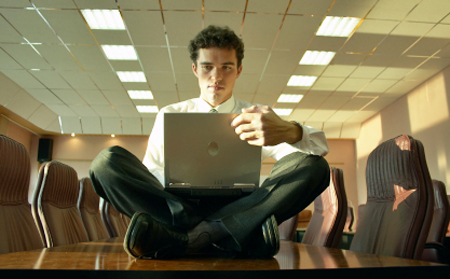 In this environment, developers have tremendous opportunities for independence and creativity. Individual developers and small teams of developers (sometimes in concert with designers and project managers) can now build mini empires for themselves, thanks to the micropayment systems that allow one developer with a PayPal account to have virtually all of the infrastructure needed to start a consulting business.

Industrious developers can even work for a big company or an app development team as a day job and then moonlight as an independent developer with a few of his or her own apps that can potentially generate residual income. Meanwhile, experienced app developers can freelance for multiple clients and build a small consultancy by helping businesses of all sizes get into the app game.

For these developers, location matters less than ever, too. A developer with email, a Skype account, and a half-decent Web portfolio can typically find pretty good work, even from clients in remote locations. Plus, the tools for team collaboration over the Web are getting better all the time and will continue to break down geographic barriers.

The demand for developers is increasing because everyone wants an app now -- from Target to Allstate to Joe's Garage down the street. They started with mobile but we should expect this to spread to tablets, desktop widgets, and eventually TVs (once platforms like Android and iOS get embedded in the living room experience). Having a multi-platform app strategy will become standard procedure for new companies the way having a website is today.

The sweeping changes in the tech industry will continue to have unpredictable consequences and will produce new sets of winners and losers. Traditional IT roles are not going to go away, but they will be under increased pressure and are likely to become more concentrated in service providers. At the same time, developers are about to step into the spotlight. This is going to be their decade.