At Interop Las Vegas 2008, Xirrus tried to convince IT pros that it was time to ditch their switches and replace them with the Xirrus 802.11n wireless arrays. See photos of the gimmicky props at their Interop booth and learn why the whole idea is pure fiction at this point.

At Interop Las Vegas 2008, Xirrus tried to convince IT pros that it was time to ditch their switches and replace them with the Xirrus 802.11n wireless arrays.

From its inception, Xirrus has been about trying to bring the reliability of the traditional wired LAN to the wireless LAN space, so this whole "ditch the switch" gimmick didn't really surprise me, but I couldn't help but scoff at it because it's an idea that is still way ahead of its time.

There's no way that 99.9% of companies could get rid of their switches and go all wireless. You still need the switch infrastructure as the backbone of your network, even in small and medium sized networks. Otherwise, where are you going to plug in the Ethernet cables from your printers? Those don't have wireless built-in. How about your NAS storage boxes? I haven't seen many of those with built-in wireless adapters. And don't tell me that you could always jury-rig this by putting a wireless bridge near this type of equipment and then just plug in the Ethernet cable to it. That's kludgy.

There's also the fact that 802.11n is not even enterprise-ready yet -- despite what Xirrus, Cisco, and others will tell you -- since the 11n standard hasn't been finalized. No enterprise wants to deploy 11n and then have to mess with firmware upgrades at some point in the near future, even if it means that the current equipment is perfectly compatible with the forthcoming standard (which I'm skeptical about).

Take a look at the photos below to see the Xirrus pitch at Interop. You can see the rest of the photos in the gallery Xirrus tells IT pros to "Ditch the switch." 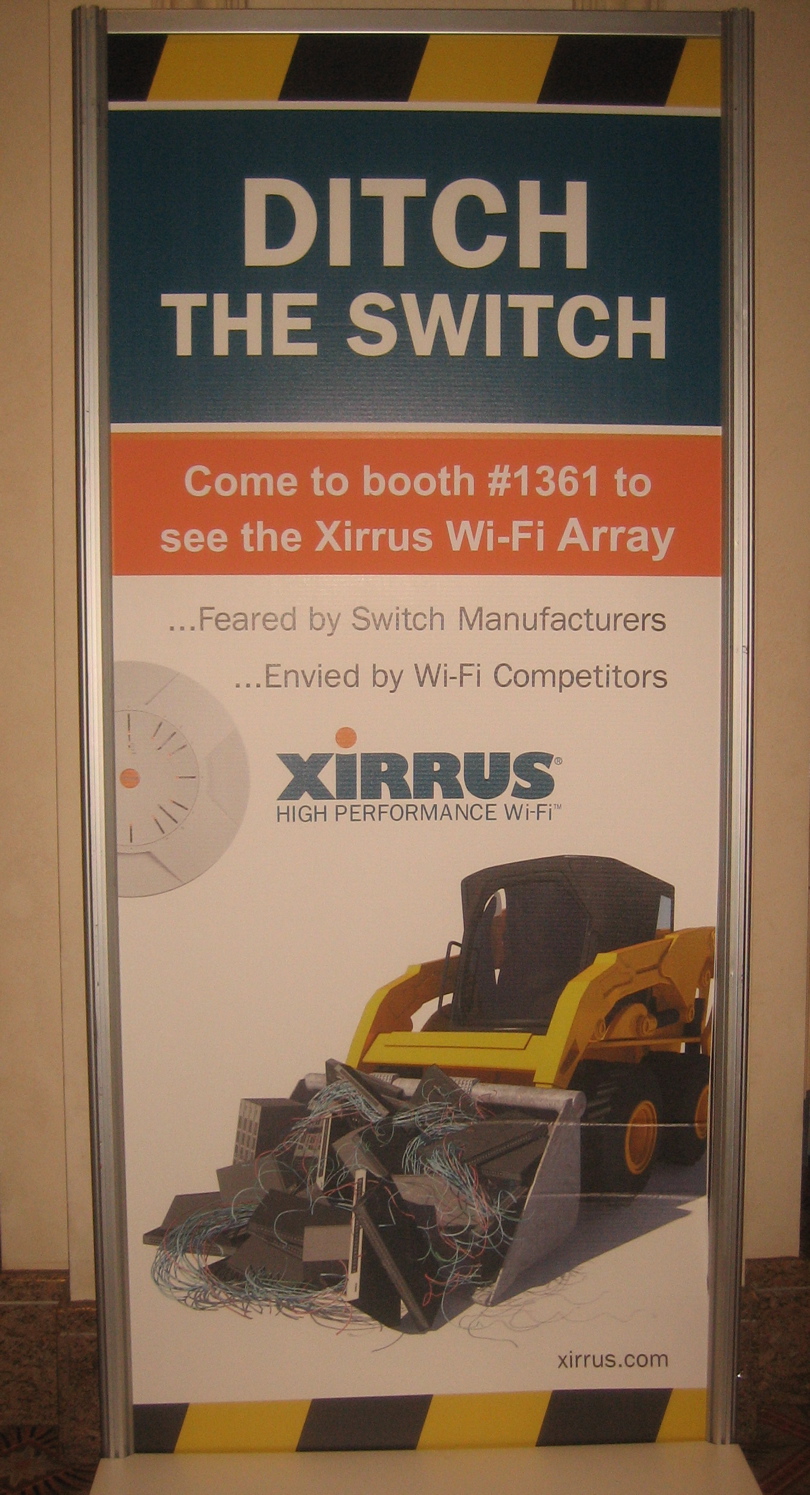 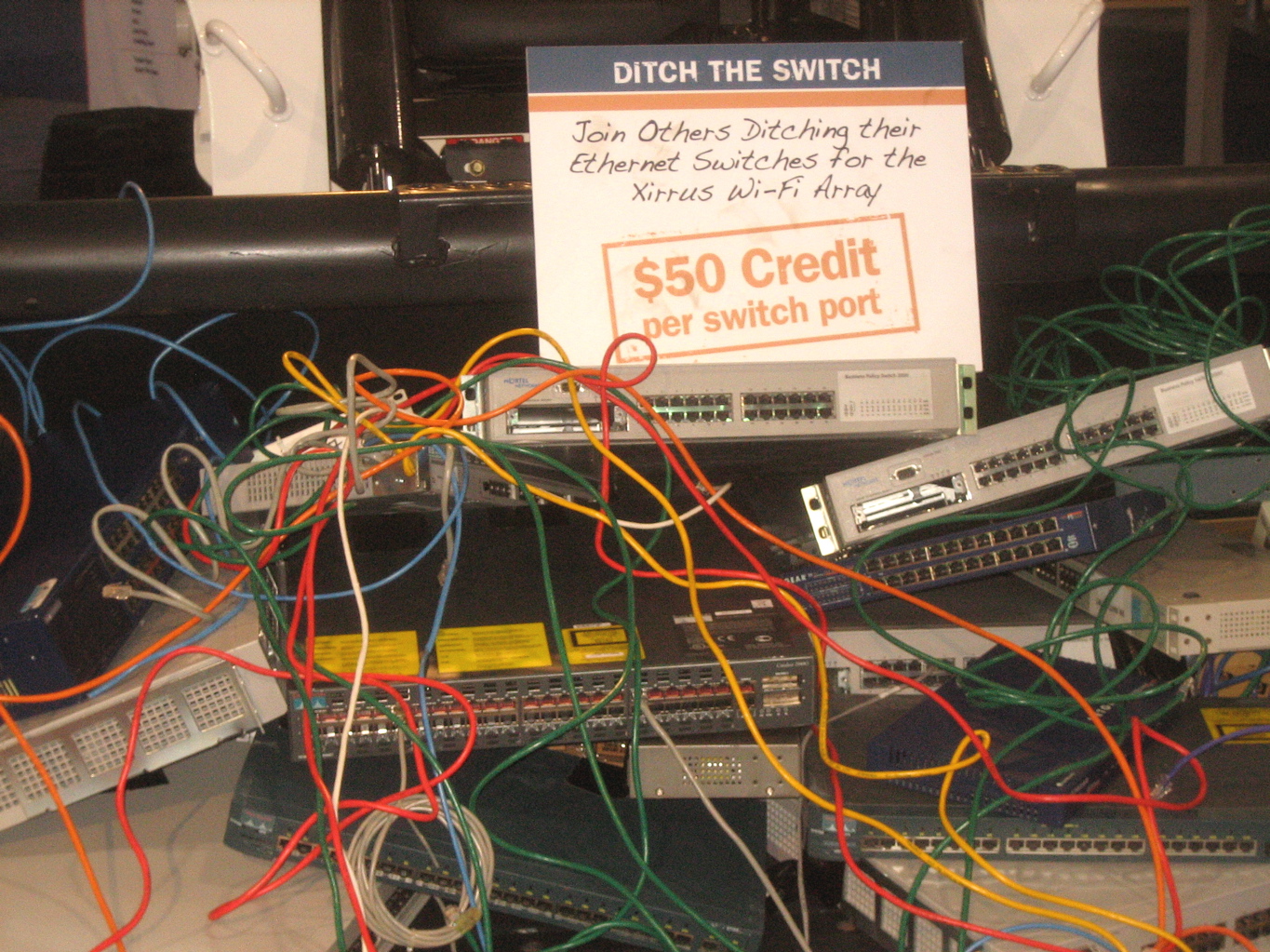 I've previously given some positive ink to Xirrus in both 2006 and 2007 and I still think they have one of the strongest WLAN solutions on the market, but the "Ditch the switch" campaign is pure fiction. This is really just a cheap marketing ploy. I'll give Xirrus credit for drawing attention to their booth at Interop with this campaign. You have to do something to stand out among 500 other vendors at a big show. However, this is an idea that is ahead of its time and trying to sell the concept to IT pros before the network is really ready for it is not smart, although I seriously doubt many IT pros were fooled by the smoke and mirrors.