Windows Server 2008 introduces a new way that drivers are passed to the installation program during the install process. The good news is that you don't have to press [F6]; the bad news is that it is a completely different process.

Seasoned Windows server administrators know to press [F6] to load a mass storage driver during the initial boot of the installation when booting from the install media. We are also quite familiar with forgetting to press [F6] and then getting a chance to do it again because setup could not find a storage controller if the device was not on the native driver list.

I had a chance to install Windows Server 2008 on a few test servers that were quite old but met the minimum hardware requirements. In this particular instance, the Dell PERC 3 RAID controller is not on the native hardware inventory for Windows Server 2008. Fortunately, Dell provides the driver for download from its support site. Once I downloaded the driver and made it available to the installation program, the driver picked up and continued with no issue. The installation program copies the storage driver files as shown in Figure A. Figure A 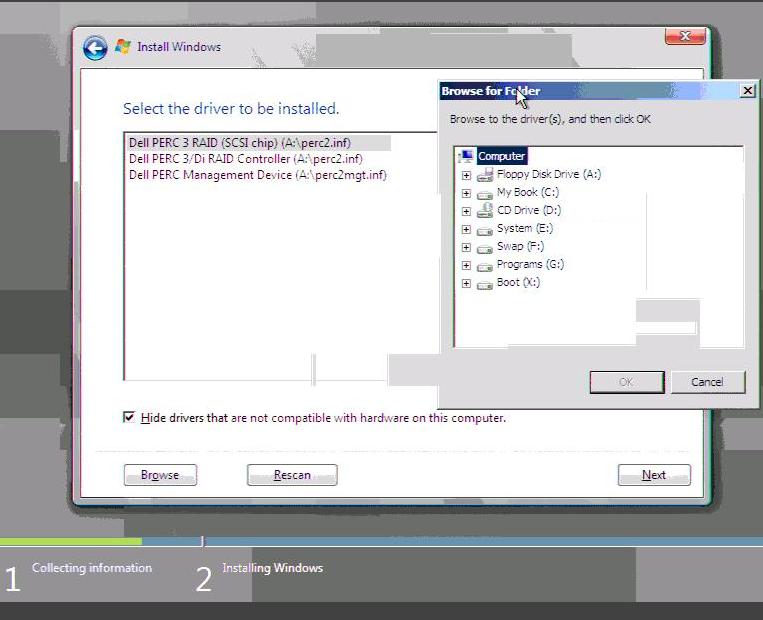 The new anatomy of the driver file to be processed relies on the .inf and .sys files, and any other files that are required by the driver (such as a .dll or .cat file). This simpler process saves you from having to press the silly [F6] key.

Issues may arise if you try to install Windows Server 2008 on an older server with a storage controller that is not on the native driver list and that has not had the Windows Server 2008 driver provided by the OEM. Most of the larger server brands will be current on this to a certain extent, but even for test systems, you should check driver inventories before embarking in any development effort for Windows Server 2008 migrations.