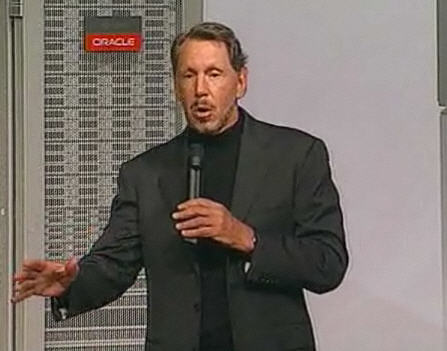 The first Exadata machine was launched in partnership with HP. This go round Exadata was built by Sun Microsystems (statement). The move made sense given Oracle's purchase of the company. The Exadata Version 2 launch also gave Sun executive vice president John Fowler an excuse to show off its the company's FlashFire technology.

Ellison also added that Oracle is installing Exadata machines "within the Teradata installed base." 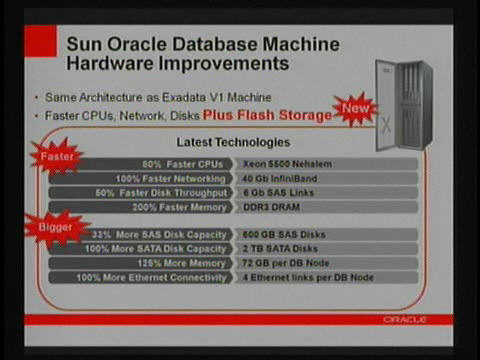 As for IBM, Ellison said that Exadata 2 can do faster processing at a much lower cost than Big Blue. Ellison also knocked IBM's fault tolerance and other features relative to the Exadata machine. 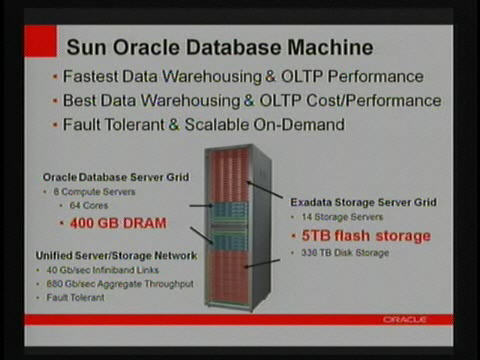 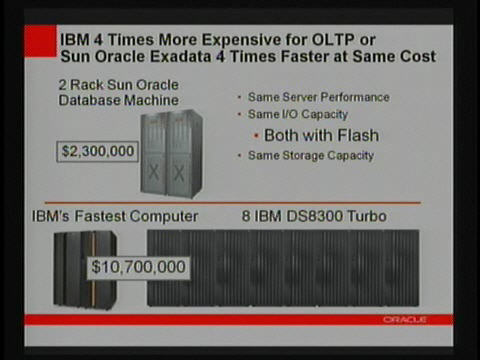 Here are some selected slides from Ellison's talk: 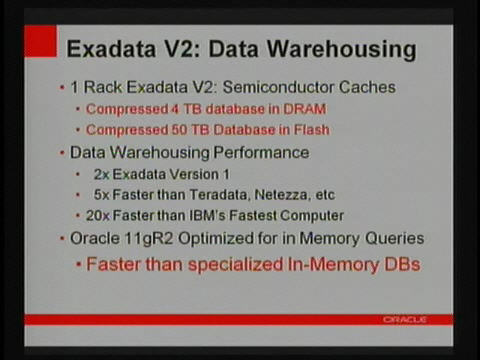 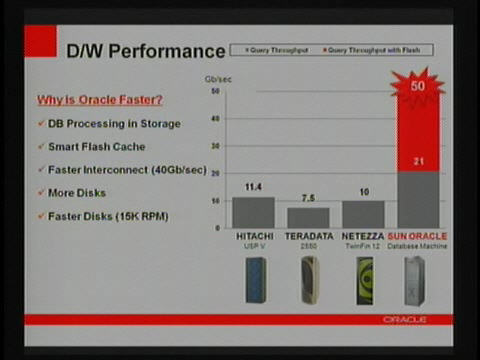 A look at the pricing information: 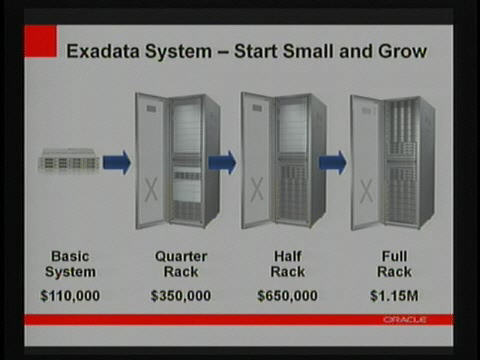 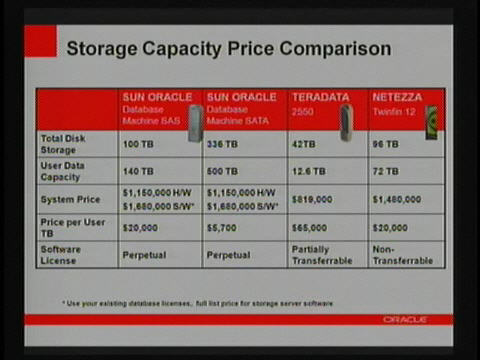 Larry Dignan is Editor in Chief of ZDNet and Editorial Director of TechRepublic.