In the keynote at VMWorld 2009, VMWorld CEO Paul Maritz spoke of the need to transform IT spending. He also touched on the topic of PC over IP.

This is a guest post from Sam Diaz of TechRepublic's sister site ZDNet. You can follow Sam on his ZDNet blog Between the Lines, or subscribe to the RSS feed.

The theme of the opening keynote at VMWorld 2009 was centered around two ideas: reducing complexity and offering freedom.

In its quest to shift from a virtualization company to the tech industry's cloud infrastructure giant, VMWorld CEO Paul Maritz on Tuesday touched on a number of topics - including new tools, a strategy for reaching small and medium businesses and a Web-based "express" version for light workloads.

Of course, the bigger message surrounds saving money and operating more efficiently through virtualization. In his opening remarks, Maritz spoke of the need to transform IT spending. The majority of IT spending goes into things that don't benefit the company's growth. Instead, he said, it goes into keeping the lights on, the train running, the plumbing flowing or (enter your favorite analogy here.)

That way of doing business has to be inverted if the industry expects to keep growing, he said. And virtualization is "one of the few technologies, maybe the only one that can provide that evolutionary path to that transformation," Maritz said.

Companies are hungry for change, he said.  And VMWare - along with its partners - are just as hungry to provide services and tools that are not only attractive to customers but appealing to potential customers.

Interestingly enough, one of the more interesting technologies mentioned in the keynote - PC over IP - didn't get a lot of love or respect. Maritz touched on PCoIP at the tail end of his keynote and invited a partner on-stage to offer a demo. At this point, however, people suddenly started getting up and streaming out of the auditorium. 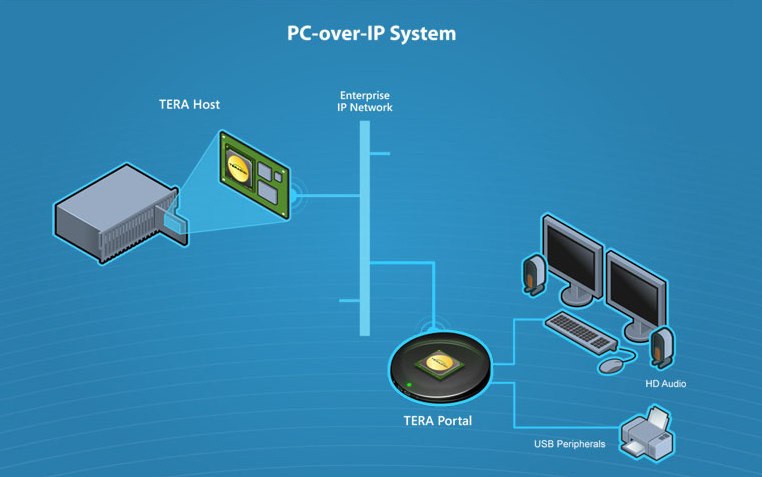 So the idea of compressing, encrypting and encoding the full computing experience at the data center and transmitting it as "pixels only" across the network to PCoIP-enabled desktops is an interesting idea. The time spent on that topic was short so check out this site to learn more.

For a company that's working to reduce complexity, there are an awful lot of moving parts surrounding VMWare these days. Larry Dignan, in an earlier post, addressed the news about a new family of products called vCenter, which is promising to automate data center tasks and manage to service level agreements.

But these moving parts, these growing number of suites and portfolios and other offerings, are important because they recognize that businesses of all shapes, sizes and bottom lines can take big leaps or baby steps to recognize both financial and energy savings that come with virtual environments.

The show itself is light on speeches and big on sessions - a good thing for the IT professionals who are here to learn about ways they can save reduce expenses and increase efficiency for their companies.