The basic construct of Windows deduplication is that it is a variable chunk that ranges between 32 KB and 128 KB. Chunks that are a duplicate are copied to a chunk store that is managed by Windows and kept in the System Volume Information section of the disk; this means we can't see the inner workings of the deduplication engine. Figure A shows Windows being applied to two files. Figure A 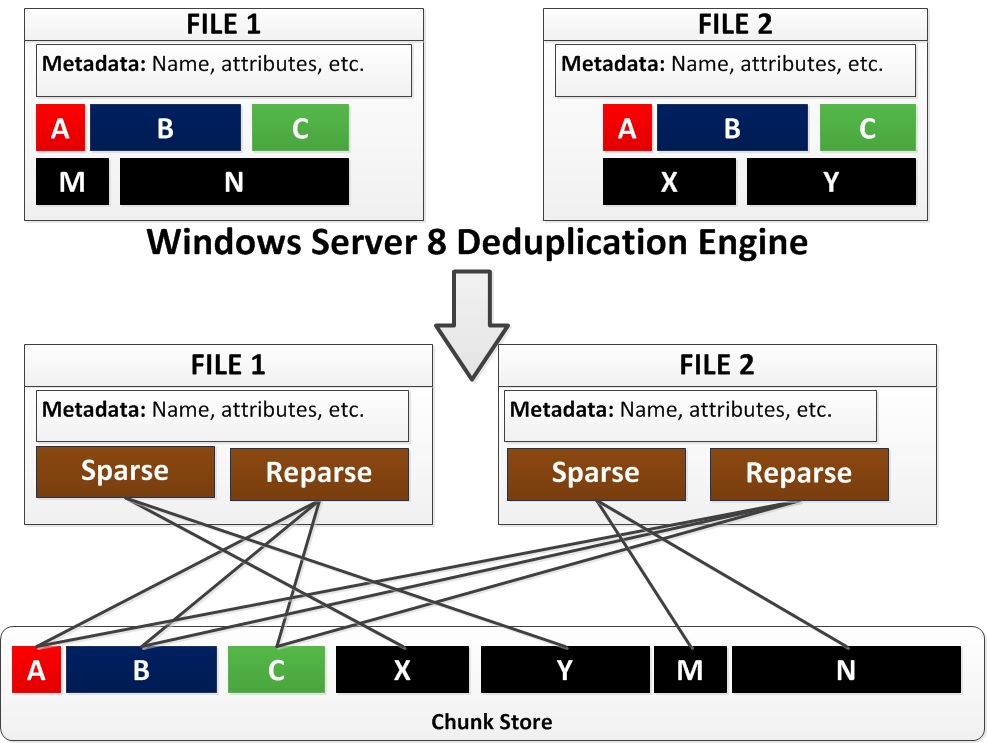 The deduplication processes are run via Windows scheduled tasks or can be run interactively via PowerShell. The Get-DedupStatus command will quickly show a percentage of deduplication on a single volume. These scheduled tasks will scour the volume for the deduplication candidates and then coordinate movement into the chunk store. Windows Server 8 data deduplication is not allowed to run on C:\ drives. When I spoke with Microsoft product managers about the reasoning for this restriction, I was told that it was for experience of the system to be kept high. This is because any deduplication engine has overhead, no matter what any vendor says about it.

My observations on the deduplication process for Windows:

Does the Windows Server 8 deduplication feature interest you? Share your comments.