The Consumer Reports Electronics Buying Guide (Winter 2010) helps you decide whether to repair or replace a broken computer, camera, or TV. 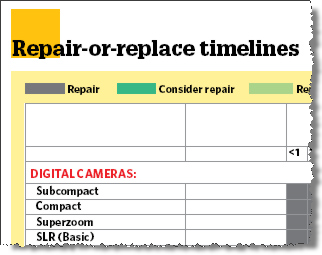 As the cost of electronics drops and the speed of change accelerates, many see a broken device as a chance to upgrade. Why replace the screen on my old iPod? I've been wanting a new iPod Touch anyway. But, is replacing always a smart move? Should you buy a new LCD television or fix that four-year-old Plasma set?

Well, the folks over at Consumer Reports have come up with the a tool to help you make those repair vs. replace decisions. The Consumer Reports Electronics Buying Guide (Winter 2010) contains a Repair-or-replace chart, which looks at digital cameras, televisions, and computers.

"Generally, you'll probably want to repair a computer that's no more than two years old, provided it's still meeting your needs, of course, and that the repair cost is no more than about half of what a replacement might cost. For three or four year old computers you might consider a repair, with the same caveats. We don't recommend repairing computers that are more than five years old." 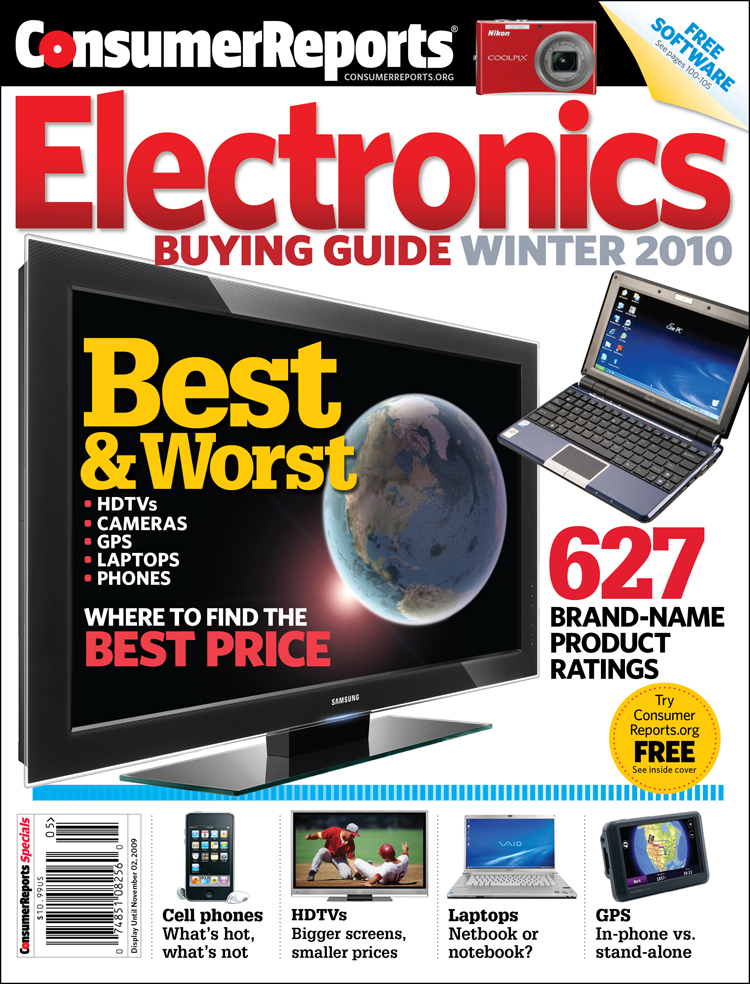 I was also curious about how Consumer Reports developed its recommendations? Reynolds responded:

"Our advice is based on the experiences of thousands of readers with repairs to products that broke out of warranty and were professionally repaired. We considered the typical repair and replacement costs of readers and our expert judgment about how quickly the product category is changing or improving technologically. So it's shorter for computers because the technology changes so quickly. In some categories, even if a repair is relatively inexpensive you may not want to make it because a new model will be significantly better in performance or capabilities than the one you are replacing."