Up until now, UNetbootin was the best way to create a distribution on a stick. With UNetbootin, you can easily install a bootable Linux distribution onto a USB drive that can be used for various administrative tasks.

The problem with UNetbootin is that it doesn't support Clonezilla, one of the most popular open source, bare-metal recovery tools. If you want a USB version of Clonezilla, you can either go through the command line-based steps to get it installed (which is not for the faint of heart), or you can use a UNetbootin spin-off that supports Clonezilla called Tuxboot.

This short list alone is worth Tuxboot's price of admission, which happens to be free -- minus the flash drive. The ability to have these tools on portable flash drives could be a boon to administrators. Before I explain how to use Tuxboot, I describe how easy it is to create that Clonezille USB drive.

Tuxboot is available for Ubuntu and Windows; download the version to fit your platform. In this tutorial, I walk through installing this application on a Ubuntu desktop. For the Ubuntu version, you download a .deb file to be used for the installation and then follow these steps: 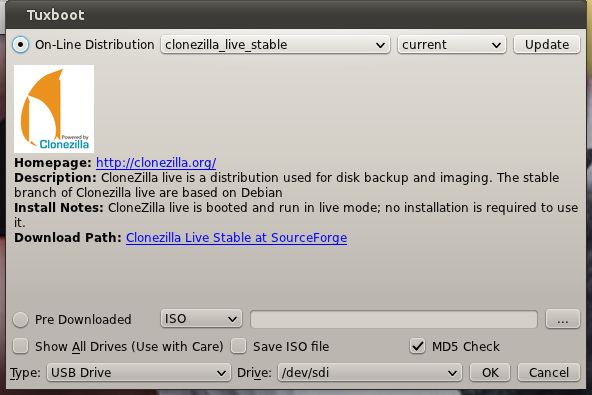 This window handles every aspect of the bootable USB creation. (Click the image to enlarge.)

If Tuxboot cannot locate your flash drive (this happened to me), you'll need to do the following: Figure B 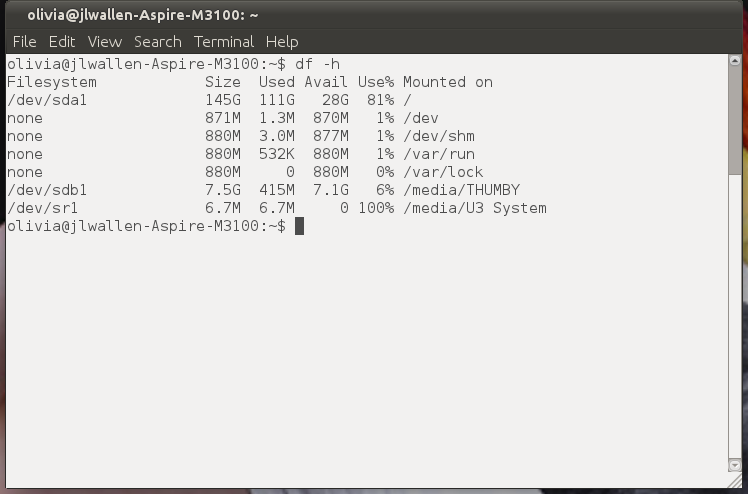 Here is the listing of drives mounted on my Ubuntu machine. THUMBY is the target in question. (Click the image to enlarge.)

With the USB created, try booting with this device into the distribution you installed.