For decades, IBM was a pioneer in the portable computer market, introducing the venerable ThinkPad laptop brand--sold to Lenovo in 2005. And when Big Blue was still designing laptops, its engineers and designers came up with some pretty strange ideas. 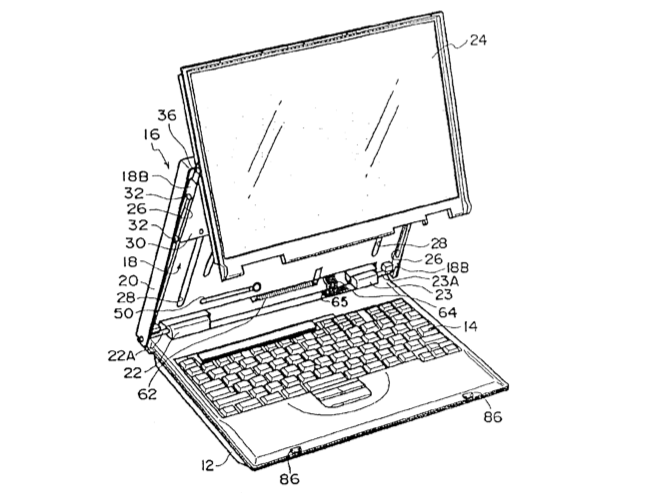 The U.S. patent drawings in this gallery showcase four of those ideas:

While none of these ideas made it to market in their original form, they illustrate the creativity of IBM employees. They also provide a glimpse of current technologies that were being toyed with years ago--such flippable displays (found in many convertible, tablet laptops).