The ZBOX HD-ID11 is great for living rooms, bedrooms, or anywhere you need a mini-PC. However, some assembly is required.

Internet connected TVs and streaming media boxes might be fine for the average gadget enthusiast. But many hardcore geeks, like yours truly, are disappointed by the limitations these systems have. Some won't play certain media file formats. Some only offer programming from approved providers. And, none of them can play PC games. Even the Web browsers on third generation game consoles leave a lot to be desired. 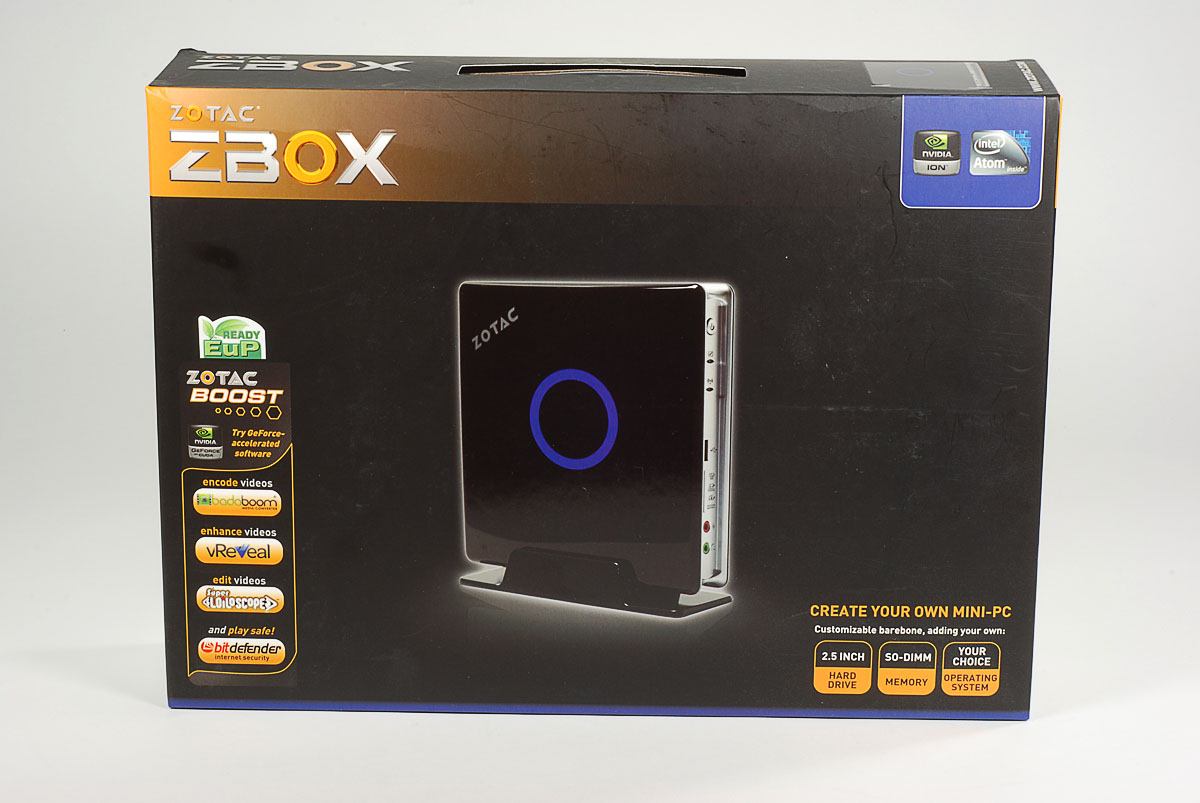 Steve Jobs doesn't think most people want a computer on their TVs. And, he may be right. I'm not most people. I want the a complete PC experience on my TV. I want to be able to watch anything on the Web, play the latest games, and run common PC applications on my big, living room TV. And, I bet a lot of hardcore geeks feel the same way.

If you're in the same boat or will soon be buying a gift for a someone who is, you should take a serious look at the ZOTAC ZBOX HD-ID11. This mini-PC is prefect for living rooms, bedrooms, or anywhere you need a small-form-factor computer.

Some assembly is required with the HD-ID11, and you'll also need to supply your own operating system. But hey, this is a geek gift. What self-respecting gadget nerd doesn't want to put there gifts together?

Check out my related gallery, for a step-by-step guide on installing the HD-ID11 in your living room.

Small size: At just under seven and a half inches wide/tall and two inches thick, the ZBOX HD-ID11 fits neatly on a bookshelf, TV stand, or even your bedroom dresser. Depending on the length of your cables and the configuration of your room, you can place the HD-ID11 near the TV or near the spot you're likely to sit and use it.

Quietness: The HD-ID11 is so quiet you might forget it has a cooling fan. I never once heard the fan while using the machine in my living room--even when right next to it. Variety and number of ports: The HD-ID11 has a ton of external ports--1x eSATA port, 6x USB ports, 1x Ethernet port, 1x DVI port, 1x HDMI port, 1x optical audio port, headphone jack, microphone jack, and a multimedia card slot. Performance: Don't get me wrong. The HD-ID11 can't complete with the a $3,000 gaming PC. But its 1.66 GHz Intel Atom CPU and NVIDIA ION GPU (with dedicated memory), let it run most current PC games well. For example, I was able to play World of Warcraft (4.0.2) with most video options set to  "good". The NVIDIA ION GPU also lets you play HD video at 1080p. Something you can't do on many similarly-price netbooks. Price: The HD-ID11 is available from several online retailers, including Amazon and Newegg for about $249.99 (US). The unit does not include a hard drive or RAM. So, you'll need to purchase those two critical components separately. We got our test machine, a 250 GB Seagate HDD, and 2GB of RAM from Newegg for $304 (delivered). If you're starting from scratch, you'll also need to purchase a keyboard and mouse. Lastly, you'll need to provide your own operating system. If you have a spare Windows license laying around or go the Linux route, the OS won't cost you anything. Otherwise, you'll have to pony up a bit of extra cash. Despite these extra costs, I think the HD-ID11 gives you a lot for around $300.

Poor 802.11g WiFi performance: My only real disappointment with the ZBOX HD-ID11 is the unit's lackluster 802.11g WiFi performance. In my house, the unit shows only a single bar of single strength when other WiFi devices, such as my iPad and MacBook Pro, show two or three bars when placed in the same location. High-gloss plastic case: This is more of a personal preference than a complaint. The HD-ID11's shinny, plastic case looks nice sitting on your shelf, but it's a smudge magnet--not that you'll likely touch it a lot. Bare-bones kit: As I mentioned above, the actual ZOTAC unit does not include a hard drive, RAM, operating system, keyboard, mouse, speakers, or monitor. But like the glossy case, being a bare-bones kit isn't truly a complaint. The ZOTAC is what it is. I only list it under the "What I don't like" section because the lack of a hard drive and RAM adds a few extra steps to the purchasing process and could confuse a non-techie who's buying the gift for someone else.

For those who want a full computer experience on their television, the ZOTAC HD-ID11 works extremely well. It's small, priced right, and is powerful enough to handle average computer tasks and moderate gaming. Just remember, you'll need to budget a few extra dollars for the hard drive, RAM, and input devices.

Check out my related gallery, for a step-by-step guide on installing the HD-ID11 in your living room.