Laptop innovations, like the trackpad and built-in webcam, have been hits. But, these US patent drawings show a definite miss--detachable displays.

Not every invention becomes a successful product. Some failures are just a matter of timing, while others weren't fully baked ideas to begin with. Laptop innovations, like the trackpad and built-in webcam, have been wildly successful. Nearly every modern laptop has both.

But, not every portable and laptop computer "improvement" has caught on with consumers. The US patent drawings in this gallery showcase a definite miss--removable displays. Check out these early detachable display designs from tech heavyweights like IBM, Toshiba, Unisys, and others. 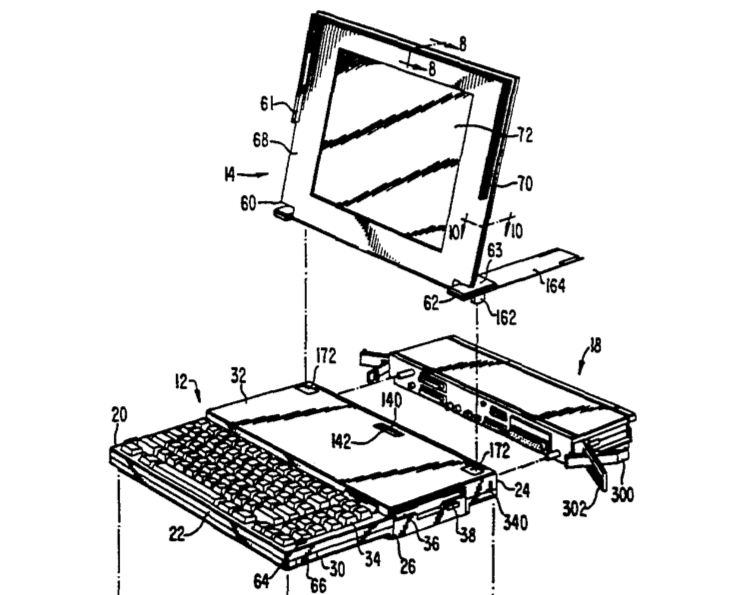 While they were a novel concept in the early 1990s as laptop sales were heating up, detachable displays never found a niche within either the business or retail market. It wouldn't be until tablet and convertible laptops appeared in mid 2000s that the concept would catch on.