Microsoft's claim to the evil empire moniker is being challenged by both Apple and Google. A recent TechRepublic poll indicates the only consensus is that we should be more concerned.

For many years, the Microsoft Corporation has been the designated "evil corporation" of the technology universe. Some of that reputation was probably earned, but much was just hyperbole directed at a very successful software company.

Well, according to a recent TechRepublic poll, Microsoft's claim to the evil empire moniker is being challenged by both Apple and Google.

Poll: Has Microsoft lost its evil corporation status to Google and Apple?

Whether any of this evil talk is warranted is a matter of some debate, but it is apparent that many technology professionals are concerned about the power these companies are able to wield, while even more are worried that there is not enough concern.

Part of the problem may be that there is no consensus on what constitutes "evil" when it comes to corporate policies and actions. Is sharing your Web surfing history with third-party marketers evil, or is tracking your surfing in the first place the problem? Why is either a problem? What is the evil being done and are we concerned about these questions as much as we should be? 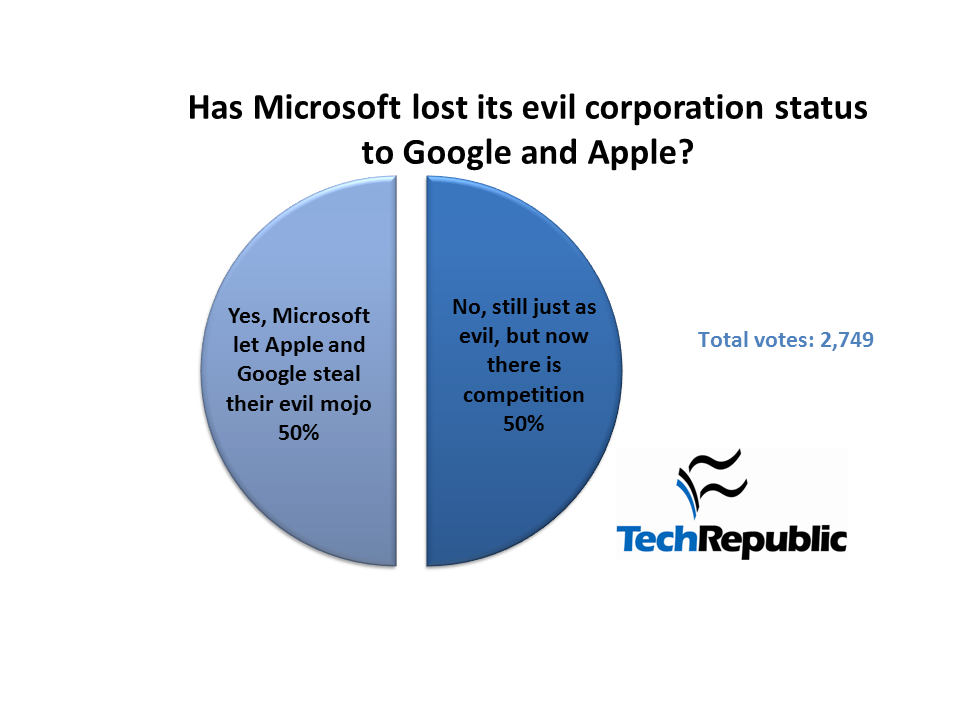 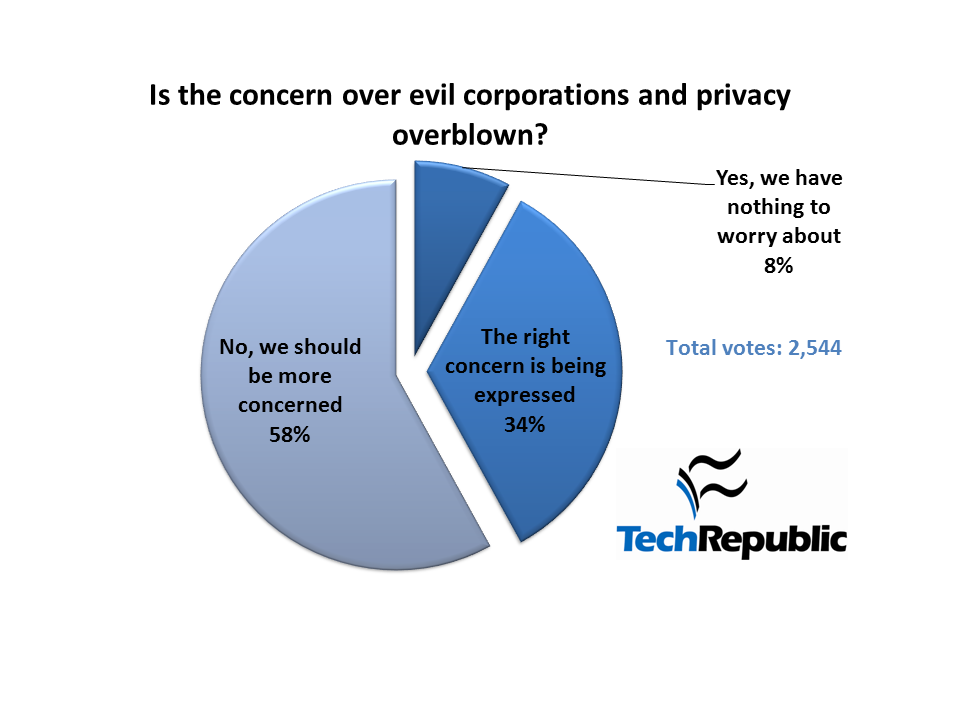