A recent Windows Blog poll shows that there are still a significant number of people who still consider Bill Gates to be the man in charge of Microsoft. The question is how?

On May 13, 2011, I posted a simple true or false poll in the TechRepublic Windows Blog:

My curiosity was piqued by the continuing parade of anti-Bill Gates rhetoric I see in the discussion forums attached to this blog. I received another on the date of this post's publication: Windoze 8.

I think it is obvious that Bill Gates is no longer managing the day-to-day activities of Microsoft, but according to the poll results, 14% of the poll respondents feel differently. Perhaps they would like to tell us how they think Bill Gates is still the man in charge, because I find myself discounting most everything those 14% post in the forums?

Again, I want to mention the good work they are doing at the Bill & Melinda Gates Foundation. When you want to talk about where Bill Gates attention is focused, that is where the conversation should begin and end. 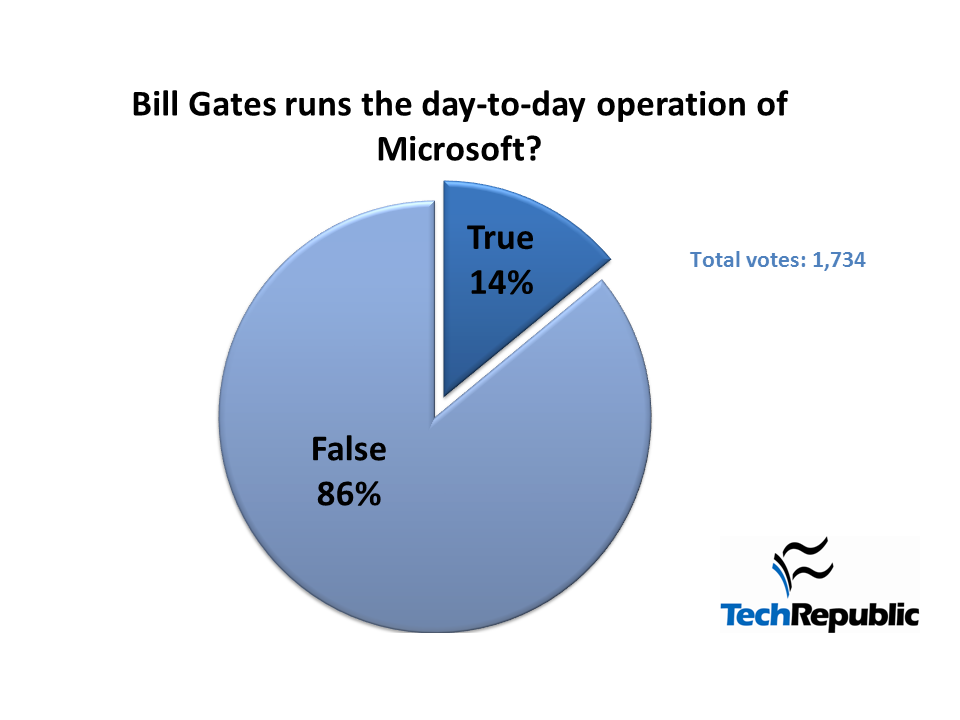