When TechRepublic first reviewed CrossLoop back in March 2007, we were impressed by the application's ability to connect any two Windows personal computers with a broadband Internet connection for the purposes of collaboration. Using a simple graphical interface to mask the underlying TightVNC protocols, the application performed complicated interactions while presenting the user with a simple box containing an access number and a connect button.

However, that first version of CrossLoop was fairly limited in overall functionality. The two PCs could see each other's screens and open and close windows and applications, but that was about it. Now, there is a new version of CrossLoop about to be released that will add several features users have been asking for, including peer-to-peer file transfers. In this exclusive look at the most recent release candidate, TechRepublic takes CrossLoop 1.1 for a test drive.

The installation of CrossLoop is just a matter of downloading the installation file and running it. There are no settings to change or configurations to consider. If you want to see the install process, you can check out the TechRepublic original review.

Once it's installed and running, you see the same basic screens as before, with some slight variations. Figure A shows the Jason Hiner Tablet PC about to connect to the Kaelinm PC shown in Figure B. 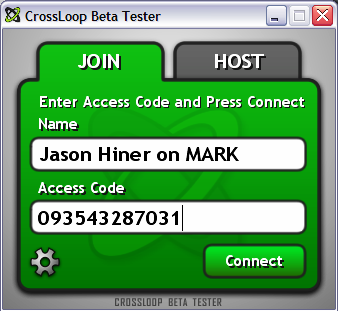 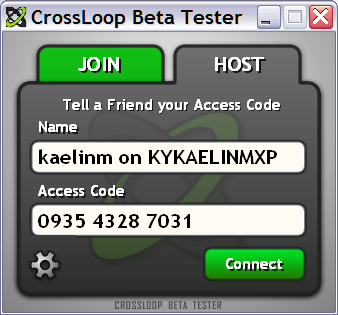 The Jason Hiner Tablet PC is now seeing what is on the Kaelinm computer (Figure C). 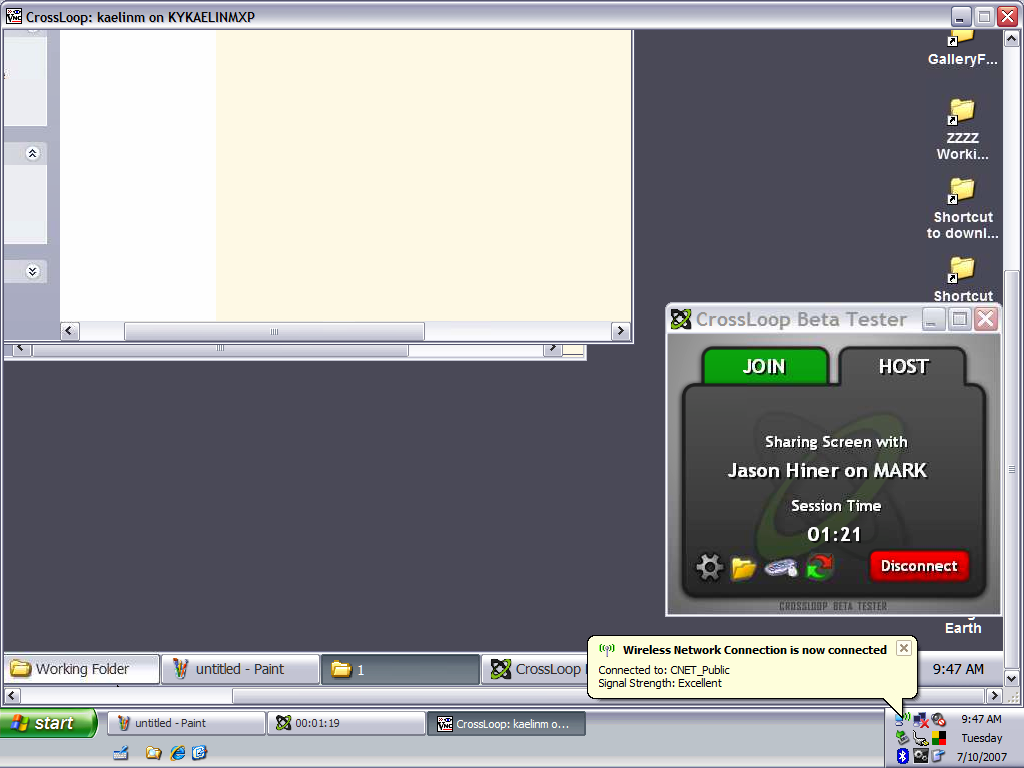 Each side can open files, move windows, etc. But the Kaelinm PC is in control since it was the host computer. The CrossLoop applet on the Kaelinm PC (Figure D) can turn off shared control or transfer control to the Jason Hiner Tablet PC. 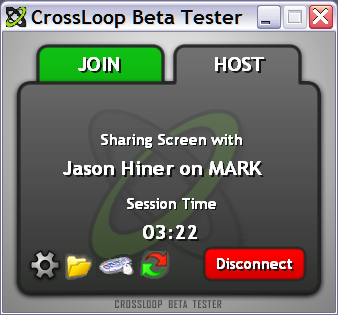 On the other side of the connection, the Jason Hiner Tablet, because of its client status, is limited to only initiating file transfers. (Figure E) 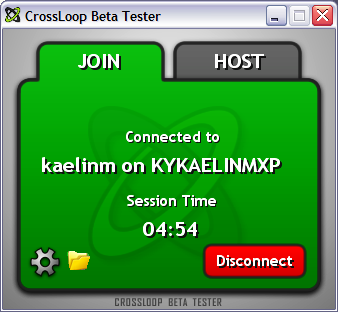 Initiating a file transfer opens a Windows-Explorer-style box where you can select the directory or files you would like to transfer (Figure F). In this case, we are transferring files from Jason Hiner to Kaelinm. 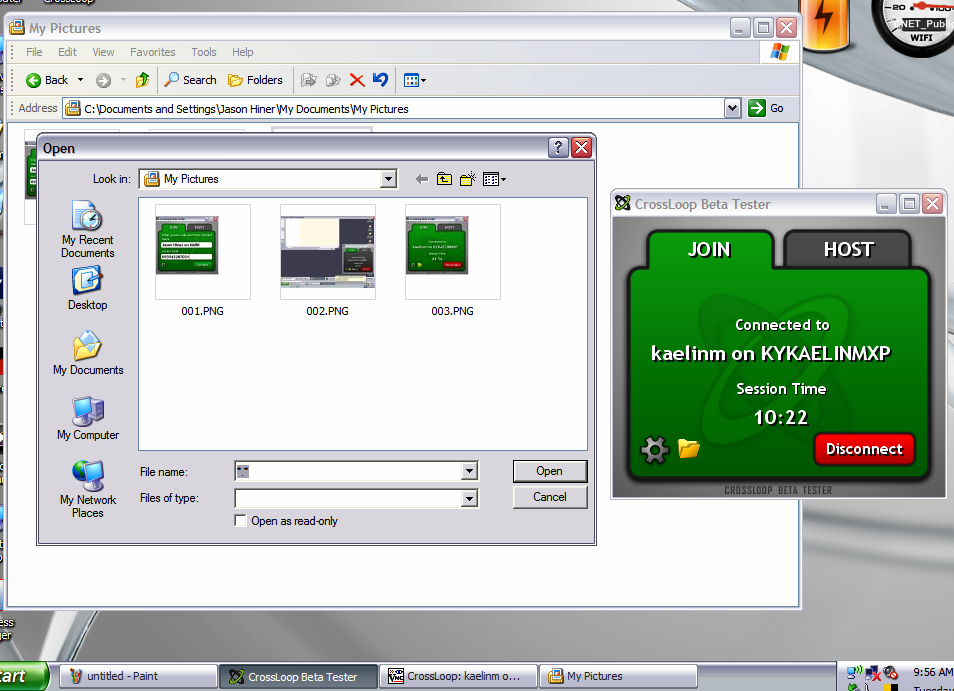 On the Kaelinm side, the user is presented with a box asking for confirmation before allowing the files to actually transfer. (Figure G) 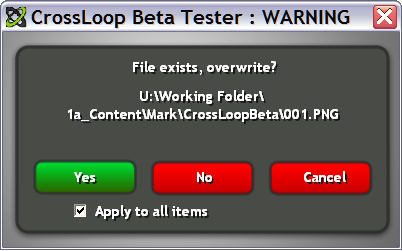 Once the files are transferred, you can open them up to look at them now or you can look at them later (Figure H). You were able to choose where you wanted the transferred files to be stored before the process began. It is important to note that the computer where the files are being transferred has the responsibility of determining the physical location of their storage. The PC that originated the file transfer has no say in the matter. 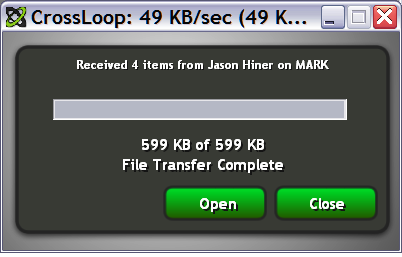 It looks like CrossLoop is living up to our considerably high expectations for this free product with this limited release version. Version 1.1 is currently in the hands of various beta testers and it should be available to everyone in the very near future. The current release, 1.02 is available from the TechRepublic Software Library. When version 1.1 is available, you will find it there also.