If you know where to look, you can find a variety of useful applications - free from Microsoft. Greg Shultz introduces a few of his favorites.

If I had a nickel for every time I've heard someone say, "For all the money I've spent on Microsoft products, they should be giving me free software by now," I'd be rich! Well, unfortunately, that's not going to happen. But Microsoft does have a lot of Windows software that is free for the taking. We're all familiar with the free Windows Live offerings, but that's not all there is. Microsoft has a lot of free software just waiting for you to find it. You just have to know where to look. Here are 10 free programs to get you started.

Note: This article is also available as a PDF download. Originally published as a 10 Things Blog post on October 15, 2009.

1: Paint.NET Paint.NET started as a computer science project at Washington State University. But it was such a good image and photo-editing product (as well as an exceptional example of the .NET Framework technology in action), Microsoft hired the two developers, Rick Brewster and Tom Jackson, and has allowed them to continue improving the application and offering it as a free download. Paint.NET has a great user interface (Figure A), and it's easy to use. It provides all the essential image-editing features you need, plus layers, special effects, and support for a wide range of image formats. Paint.NET also has quite a following on the Internet, and you can find lots of help, tutorials, and plug-ins -- and it supports Windows 7! Figure A 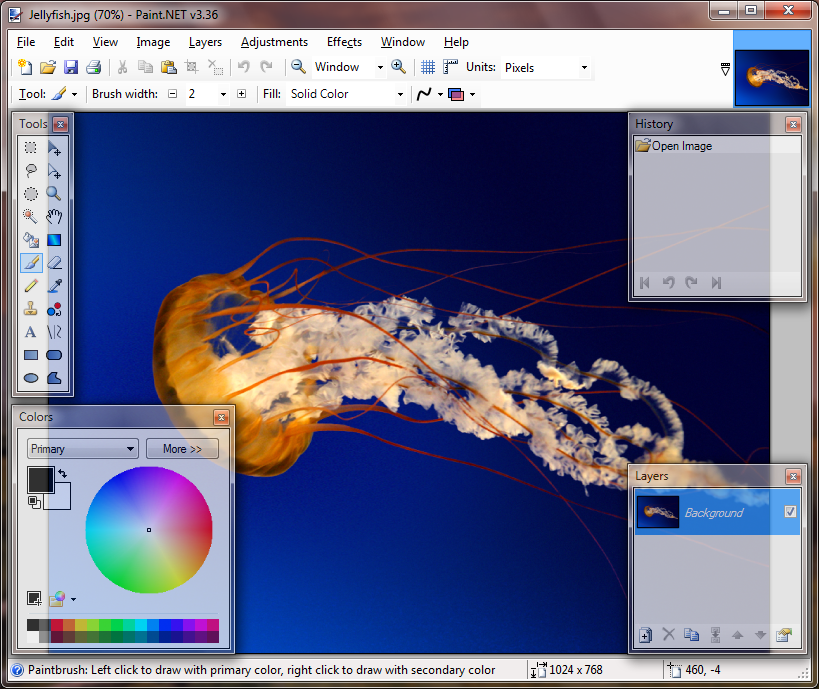 Paint.NET has all the image and photo-editing features you're likely to need for most tasks. 2: Visual Web Developer 2008 Express Edition

If you're a Web site developer at any level, you need to investigate Visual Web Developer 2008 Express Edition. This easy-to-learn, easy-to-use development environment makes it a snap for anyone to create Web sites or small applications. Mainly aimed at the amateur or intermediate-level developers, Visual Web Developer 2008 Express Edition provides professional-level features that will allow you to create a wide variety of Web sites, from the most basic HTML to more advanced ASP.NET pages or SQL Server databases. You can get started by viewing an introductory video that covers the main features of this package and walks you through some of the most common tasks. [Update: Web Developer 2010 Express is now available.]

If you need a basic, yet powerful XML editor, you'll want to investigate XML Notepad 2007. The user interface features a tree view pane on the left that provides a color-coded view of classes, tags, and values. On the right, the main text editor pane shows all text, which is synchronized and color matched to its associated identifier on the left. You can even customize the colors and choose fonts to your liking. Other features include drag and drop, find and replace, incremental search, instant XML schema validation, a built-in XML Diff tool, and much more. You can learn more about the XML Notepad 2007 Design on MSDN.

Windows 7 supports Windows Virtual PC and Windows XP Mode. However, if you are running Windows Vista or Windows XP, you can still download and use the free Microsoft Virtual PC 2007 package, which will allow you to run multiple operating systems at the same time on the same physical computer. Virtual PC 2007 is easy to install and easy to use.

5: WorldWide Telescope The WorldWide Telescope from Microsoft Research offers a rich visualization environment that essentially provides you with a virtual telescope. This package brings together amazing imagery from the Hubble Space Telescope and approximately 10 earthbound telescopes. The images are stitched together seamlessly, allowing you to pan around outer space and zoom as far into any one area as the data will allow. The user interface (Figure B) makes galactic exploration easy, right from your computer. Figure B 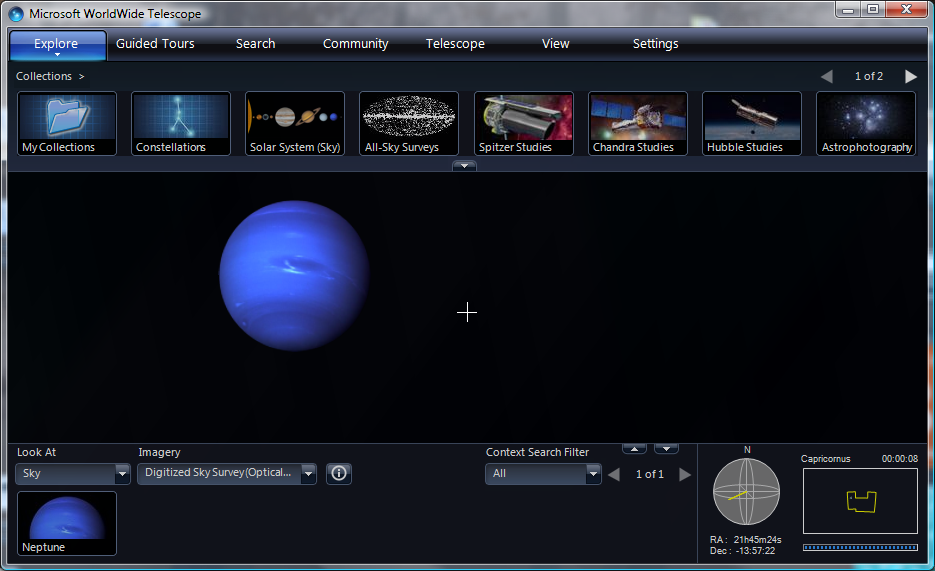 The WorldWide Telescope allows you to scan through outer space and focus in on heavenly bodies that interest you. 6: Windows SteadyState

If you support shared-access computers in a public venue, such as a classroom/lab, a library, or an Internet cafe, you're definitely a prime candidate for Windows SteadyState. With this package, you can configure and lock down a Windows system to be just the way you want for your public setup. Users can do whatever they need to do, change whatever they want, or even inadvertently crash the system with malware while they're using it. When they are done, you can reset the entire system to be exactly the way that it was the first day you configured it, just as if no one had used it. You can find several demos as well as an FAQ that will help you quickly determine if Windows SteadyState is the tool for your environment.

At the time of this writing, Windows SteadyState supports Windows XP and Windows Vista. Once Windows 7 is out the door, Microsoft should be adding it to the list of supported operating systems.

As its name implies, SyncToy is a synchronization tool designed to assist you in maintaining duplicate copies of files you might keep on a laptop and a desktop or on a desktop and a network drive. With the widespread availability of inexpensive external hard disks, SyncToy is also a great backup tool. SyncToy is intuitive, and it sports a straightforward user interface. In fact, the first time you use it, the opening screen prompts you to select a pair of folders you want to use, and then for simplicity, the folders are designated as the Left Folder and the Right Folder. There are five synchronization methods to choose from, but since there is no built-in scheduling capability, you must perform the operation manually. Even so, SyncToy 2.1 is extremely quick and efficient and is a great tool.

SQL Server Express 2008 is a slimmed-down version of SQL Server, yet it retains all the powerful SQL database features you need for building Web sites and apps. In fact, there are three versions: Express, Express with Tools, and Express with Advanced Services. It's easy to learn and easy to use, and it provides the same advanced database engine as the full-fledged editions of SQL Server.

9: ServerQuest II game OK, for the last of these Microsoft freebies, let's take a look at something technologically entertaining. Do you remember playing the vintage computer games King's Quest or Leisure Suit Larry? If so, you should enjoy Microsoft TechNet's ServerQuest II game. It emulates the same sort of pixilated graphics (Figure C) and cheesy humor as those classics, but it's aimed at IT professionals and computer specialists. Figure C 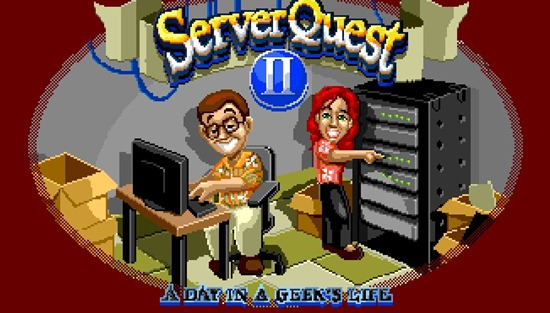 In the game, which is created with Silverlight and runs in your browser, you play an IT pro (either Matt or Alicia) whose objective is to keep the network running smoothly while encountering a host of technical problems that are presented as games and puzzles, ranging from the absurd to things you might encounter in the real life of an IT pro. As you work through the tasks, you'll learn about and use Microsoft technologies to solve problems, encounter hidden Easter Eggs, earn geek points, and get to post your high scores for others to compete against. The game is really very humorous -- and you might even learn some interesting troubleshooting techniques as you play.

Do you know of other free Microsoft programs? Which ones are your favorites? Join the discussion and share your preferences with other TechRepublic members.