Donovan Colbert illustrates how to create a suitable, inexpensive data replication solution for a small office or data center on a limited budget.

My home backup solution is a little elaborate. I've built a FreeNAS server with two 500GB drives in a JBOD configuration for 1TB of storage. That data is then replicated to a Windows Device-based NAS with four 250GB drives in a Raid 5 configuration. From there, the most essential folders and data are backed up to a Powervault 120t 4000 DLT IV tape backup library.

The aim of this document will be to illustrate how to recreate this configuration -- which is a suitable, inexpensive alternative to more expensive data replication solution for a small office or data center on a limited budget -- or overkill for the propeller head who can't be away from the hum of a data center without going into withdrawal.

This blog post is also available in PDF format in a TechRepublic download and as an illustrative Photo Gallery.

FreeNAS is a mature, robust open-source NAS application built on FreeBSD. Your configuration may vary, but I found a system that was small and elegant, had enough internal space for a couple of disk drives, and, most importantly, could boot from a USB device. You can also configure FreeNAS to boot from a portion of the internal hard drive or from a floppy or CD, but the first takes away a portion of storage space available to the NAS, and the second two examples are clunky, slow, and potentially unreliable.

By having the device boot off a USB drive, it maintains the impression that this is a dedicated NAS device and not a PC repurposed as storage. I run this box "headless," although it has a keyboard, mouse, and monitor ports. There is a Web-based interface that allows you to access and manage the box via a Web browser, like most commercial NAS devices. I'm using the FreeNAS software RAID, but if your box has a hardware RAID, you would most likely use that instead.

A few words in particular about DLT tape devices -- these devices have become very affordable, but media can still be a little pricey. I would recommend buying a device bundled with media. Additionally, there are several different models of the Dell Powervault 120t. The native/compressed capacity and speed of the device varies by model. The most common models are the DLT 4000, DLT 7000, and DLT 1.

If you have more money to budget, there are higher capacity and speed tape drives. These drives offer a good balance between features, speed, and affordability for a very tight budget. Anything with noticeably more capacity still has a more significant value in your average production data center, and so you'll have to pay more.

There is also no reason for you to configure your solution exactly as I have here. You can take ideas from this setup where it makes sense and customize it to your particular needs. In particular, I put this solution together in stages. If I had done it all at once, I probably would have bought two like-configuration Powervault NAS devices -- or built two FreeNAS devices that were configured exactly the same. I am describing my solution exactly as it is configured only to give you a framework for how you might implement a similar solution.

For my home solution, FreeNAS has a couple of advantages, other than it being free. It also plays fairly well with SMB/CIFS "SAMBA" Windows Networks. It does not, unfortunately, support Windows security models for permissions very well. This was not a concern for my home network, but it may be a significant concern on a company network.

In general, if you can get onto my home network, you've got complete and unrestricted access to all files on my FreeNAS server. I like it this way, because my home network is a workgroup. All my machines map persistent shares to this FreeNAS server, which we'll refer to from here out as \\Freenas. The shared folder on \\Freenas is \homeshare. My Macintosh, my Ubuntu servers, even my Android phone can all easily map shares to \\Freenas\homeshare and all files and folders under that share. My wife and kid both have a directory on this device.

Changes to files are also replicated "instantly" (I've set Rsync to replicate every five minutes. You can decrease or increase this number according to your needs). Files that are removed on \\Freenas are not removed on \\Powervault. That is to make sure that an accidental erasure on \\Freenas is not instantly replicated to \\Powervault (thereby defeating the purpose of having a backup-to-disk solution).

I've then defined, in my backup solution, a weekly full backup of certain folders on \\Powervault to tape on my DLT 120t tape library. I rotate two sets of six tapes -- so I always have the last two weeks of critical data backed up to tape.

When I started this project, I had intended to write a very simple, high-level overview of how I have this set up. As I got into it, I realized it wouldn't be very clear unless I rebuilt the entire thing from scratch. As my environment is effectively "production" on my home LAN, I didn't want to disrupt what I already had in place. Instead, I decided to create a couple of VM machines and illustrate the configuration that way.

Somewhere along the way, I decided to include details on how to actually set up the test environment in a VM environment. In the end, I think this is the best way for most people to approach testing this solution to see if it will work in their own environment.

Using the How To document I've created, you'll be able to build yourself a Source and Target Virtual FreeNAS server and set up RSync to replicate data from the source share to the target share. With the experience you'll gain doing this, you'll be ready to move ahead and implement a solution like I describe above if you decide FreeNAS will work for you.

I used Sun VirtualBox as my Virtual Machine foundation. The following documents assume that you will be using Sun VirtualBox as well, but the process can easily be modified to use any other VM solution (VMWare, Citrix, or others) that you may prefer.

I've also decided to illustrate an Rsync from a virtualized FreeNAS machine to another virtualized FreeNAS machine. The lessons learned here will apply to using Rsync to perform this kind of data replication to any target server, including a Windows-based NAS. For anyone interested in Syncing from FreeNAS to a Windows-based server or appliance, "DeltaCopy" is the Rysnc Server/Client application that I use on my production replication environment.

Keep in mind, with this virtualized environment, I have made some assumptions in my documentation. I have illustrated the installation process of FreeNAS onto a VM for a single machine only. You'll need to do this twice, making the necessary changes (machine name and IP address) as appropriate on your network or test environment.

I've also set a very small, nonredundant drive on the FreeNAS machines. In production, obviously you would want to increase this size according to the needs of your organization. I suppose that there could be additional advantages of running both the source and target FreeNAS servers as actual virtual machines in a production environment. Those questions are outside the scope of this article, and so I have not addressed issues of what kind of hardware environment is ultimately suitable for a production example of the concept illustrated in this document.

Finally, I haven't described, in my test environment, how I back up from the B2D to tape. I'm using Backup Exec 10D running on my Windows NAS appliance to do the backup to tape. Depending on your needs, the important thing to know is that once you replicate from the Source NAS to a target NAS, you can then back up to tape from that target NAS without having an impact on your production network or NAS. 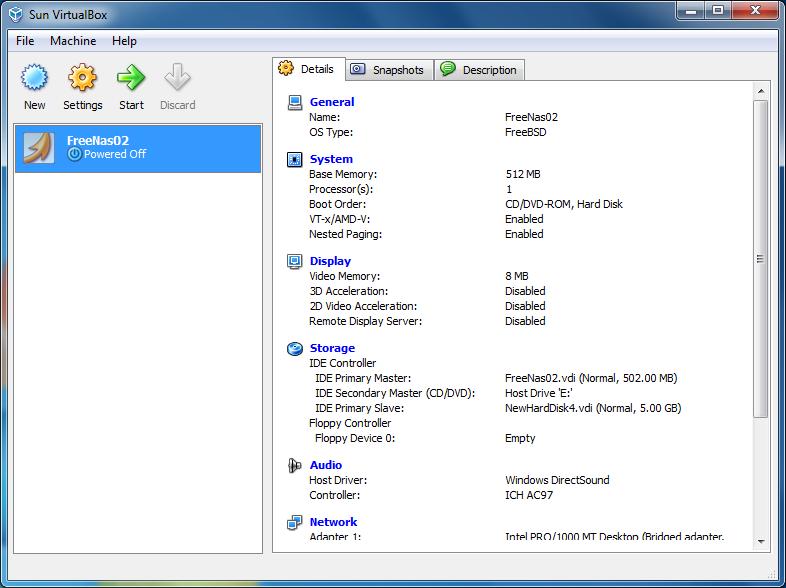 Open Sun VirtualBox and click the New button to create a new machine (Figure A). 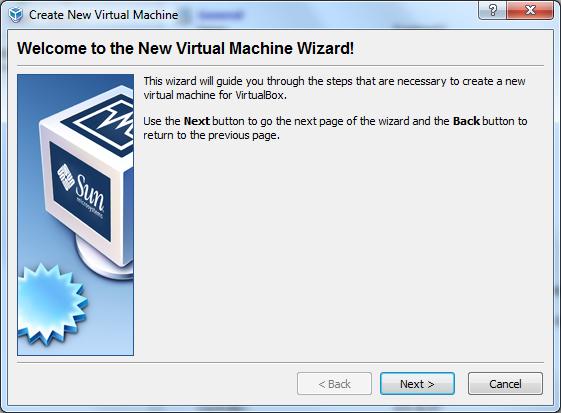 The Welcome to the New Virtual Machine Wizard will run. Click Next to continue (Figure B). 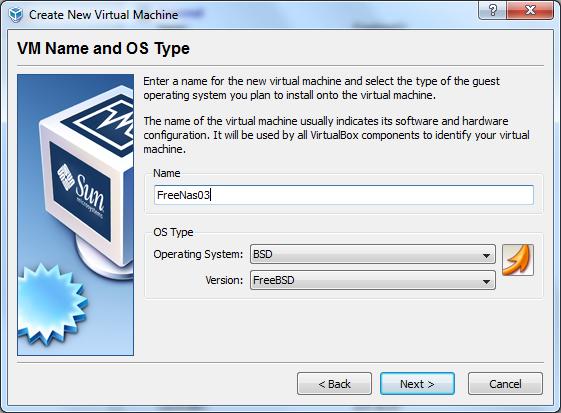 Name your virtual machine and select your operating system and version. In this case, I am creating a second FreeNAS VM and therefore selecting BSD for the Operating System and FreeBSD for the Version. Click Next when done (Figure C). 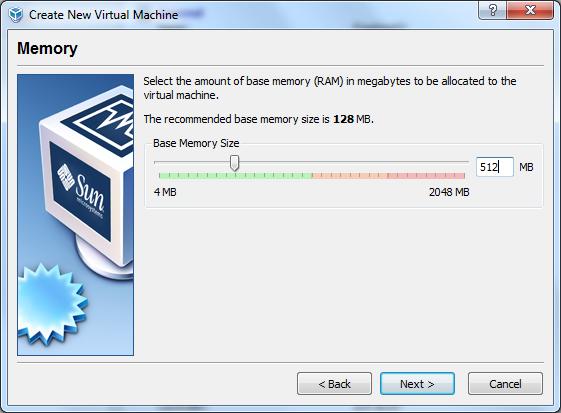 Select the appropriate amount of memory. For my FreeNas VM, I've selected 512MB of memory. Click Next when done (Figure D). 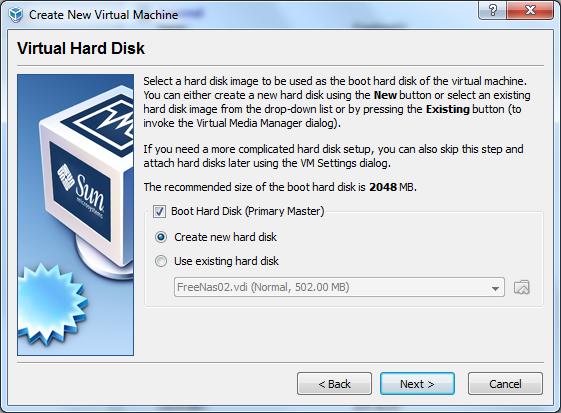 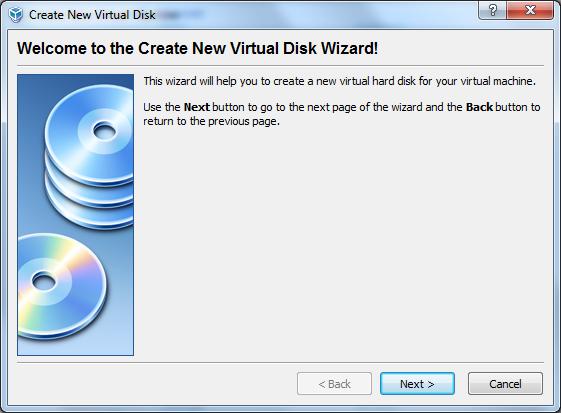 The Welcome to the Create New Virtual Disk Wizard will run. Click Next to continue (Figure F). 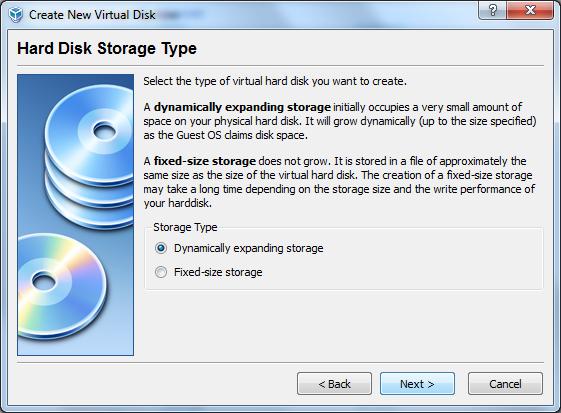 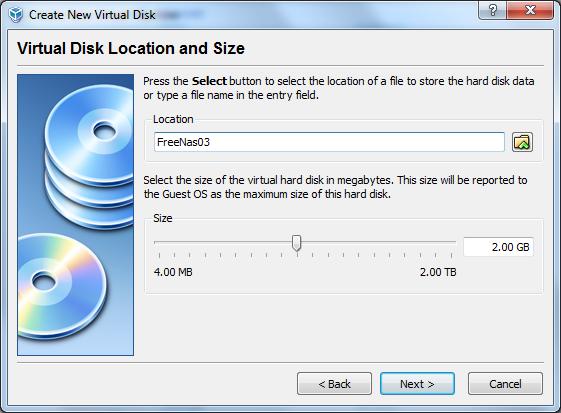 In the Virtual Disk Location and Size dialog box, set the size of the disk to 500MB either by using the slider or by typing the size in the field. Click Next to continue (Figure H). 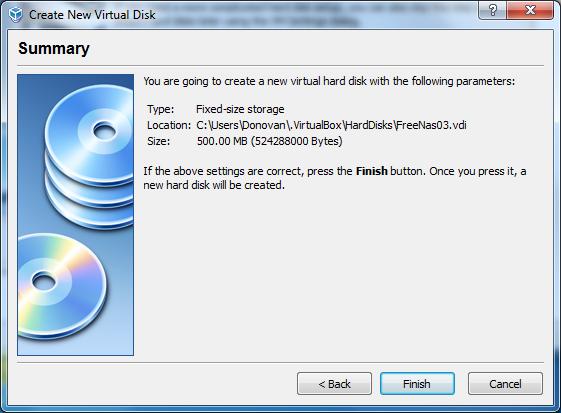 Verify that the information for the new virtual disk is correct and click Finish to create the disk (Figure I). 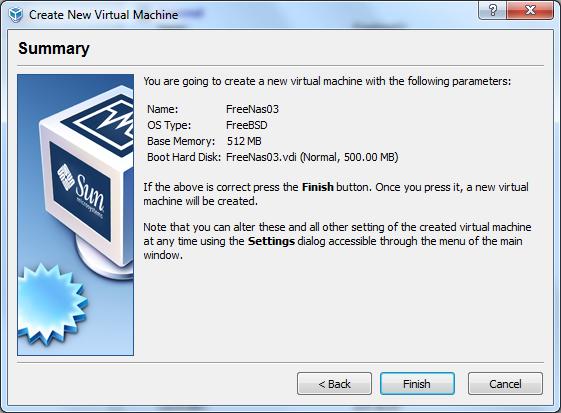 At the Summary window, verify your settings and click Finish to create your FreeNAS Virtual Machine (Figure J).

Comment and share: How do I configure RSync on FreeNAS to sync shares with a Windows NAS device?