Microsoft could be uniquely positioned to take over a number of market segments if they properly leveraged some of their existing product lines.

Once upon a time, it was popular to joke (or rant) about how Microsoft was bent on total world domination. Today, that is not so much the case. To the contrary, as I've noted here before, now it seems to be a popular misconception that Microsoft is a failing company.

Despite that belief, Microsoft could be uniquely positioned to take over a number of market segments -- if they properly leveraged some of their existing product lines and recent acquisitions. Will they do that? Well, I'm not holding my breath, but I do think they might get it right with one or two of those markets. I guess I'm not the only one who thinks so, since many investment advisers are currently saying to buy Microsoft stock.

Microsoft has its fingers in many pies -- some say too many -- so there is potential for big success (or a big flop) on a number of different fronts. Here are some areas where I think the company could come to dominate (or continue to do so), if they play their cards right. I said last week that I don't think Microsoft should try to do this by emulating Apple. This week, I'll talk about what I think they should do to achieve domination in at least some parts of the technology world.

Microsoft was pushing tablet PCs way back in the early 2000s, and a portable computer that could be operated easily when you weren't sitting at a desk was one of Bill Gates' dreams. They tried, with heavy, expensive slates and convertible laptops, then later with smaller Ultra Mobile PC (UMPCs), and the devices became quite popular in some vertical markets, but never quite caught on in the broader business world or with the general public.

Apple gets the credit for bringing tablets to the masses (on their third try, after the failure of the Newton and the Modbook). The iPad currently enjoys 73.4 percent of the tablet market share, but there are rumblings. Many users don't like the locked-down nature of Apple products. They want to know why they have to buy a whole new device to increase their storage capacity, instead of just popping in a flash card as they can do with most Android tablets. And they'd like it even better if they could connect their tablets to an external USB hard drive as they can do with their Windows laptops.

In fact, it seems that there are a lot of people out there who really, really want Windows on their tablets. That's the conclusion you have to draw from the result of recent surveys by Boston Consulting Group and Forrester, with percentages of those who prefer Windows ranging from 42 to 46 percent, iOS coming in at 16 to 27 percent, and Android at 9 to 20 percent.

That seems to indicate that, if Microsoft does tablets right with Windows 8, they could climb to the top of that market over the next several years. It won't happen overnight, but in typical Microsoft "slow-and-steady" fashion, they could overtake the mighty iPad. This is particularly true with Steve Jobs no longer there to lead Apple.

We already know that Gartner thinks Windows Phone has a good chance of overtaking the iPhone by 2015. Microsoft's "do over" of its mobile operating system got off to a slow start -- in part because of bad experiences with Windows Mobile, in part because many consumers are wary of a first-generation anything, and in part because Windows Phone 7 was lacking many essential features, such as tethering and multitasking. These features (although they were also missing in the first versions of other operating systems) were standard on Android and/or iOS at the time WP7 hit the market. There were also rumors that salespeople with the major cellular carriers were actively discouraging customers from buying Windows phones.

But I think another important reason for slow sales among those "in the know" (who are also influential in what technology their less tech-savvy friends and relatives buy) has been the uncertainty surrounding the Windows Phone 7.x operating system.

There has been a general consensus that, with Windows 8, Microsoft's objective is "one operating system to rule them all" (more on that later). Does that mean the next version of Windows Phone will run Windows 8, and will it be backward-compatible with Windows Phone 7.x? Then there was the Nokia partnership. Will the Windows phones that come out of that be far better than the ones that are available today? I think many folks who are interested are taking a "wait-and-see" approach.

With the Mango (WP 7.5) update, though, Microsoft has proven that they're serious about making Windows Phone a contender. With more than 500 improvements, including the longed-for Wi-Fi tethering and multitasking capabilities, it might just be the beginning of the long road to world phone domination.

The Xbox 360 has been on the top of the gaming console heap for the past many months, coming in at 42 percent in September, and the gaming business was credited with being an important factor in the record revenues that Microsoft posted for the most recent quarter. Although the total gaming market has been on the decline since 2008, it's still big business -- a $43-billion business in 2010, to be exact. Market forecasts expect it to hold steady and increase slightly over the coming years.

The gaming market is dominated by software sales, and Microsoft is the software company with more experience than almost anyone. A recent trend has been toward games marketed as smartphone and tablet apps (e.g., Angry Birds), an area where Microsoft hasn't had much of a presence.

But with Windows 8 on the horizon and the new push to court Metro developers, that could change. If Microsoft makes Metro a platform that's friendly to game developers, we could see some exciting new low-cost game apps for casual game players, along with the more sophisticated console games that serious gamers prefer. 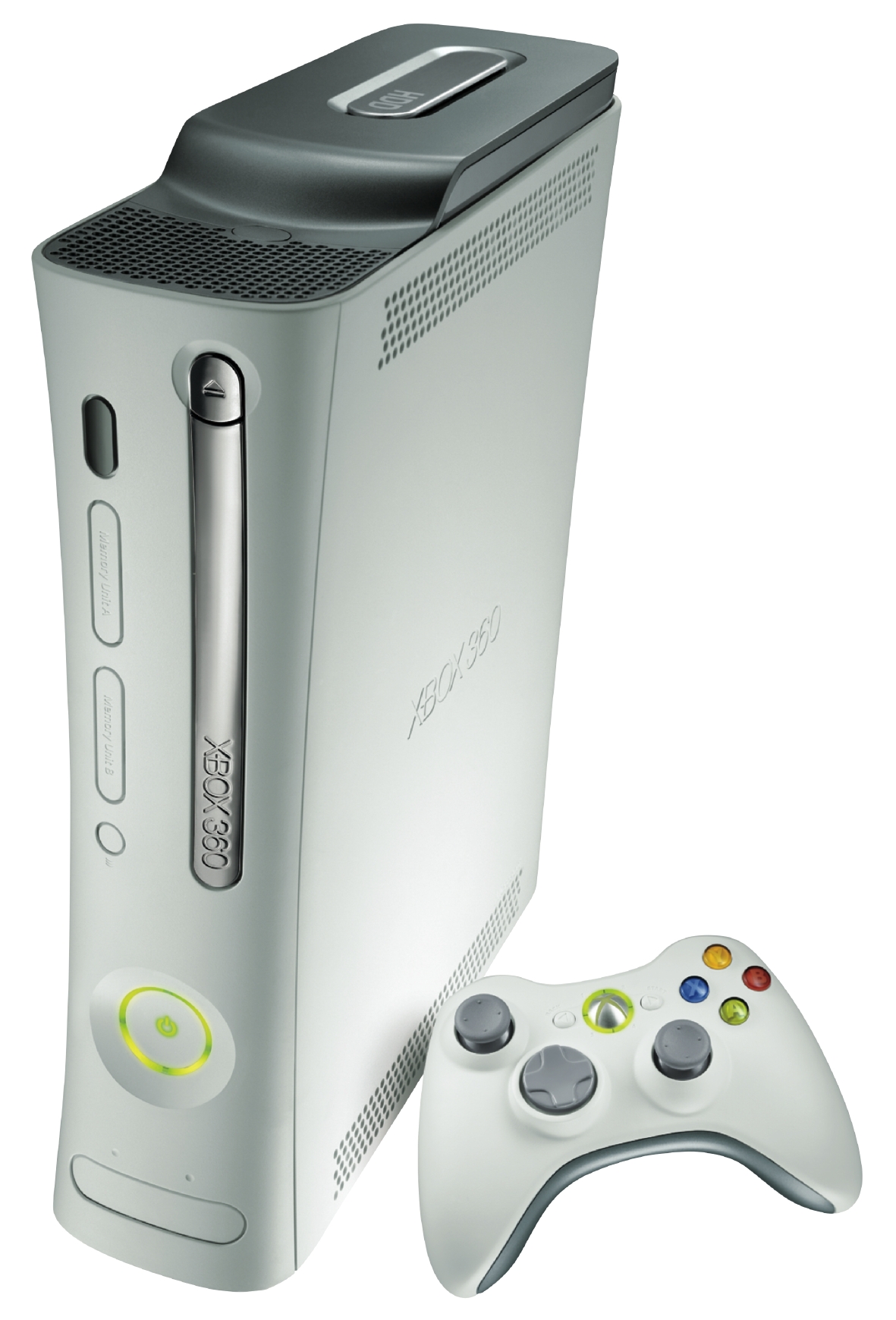 The integration of Xbox Live on Windows Phone is also a step in the right direction if Microsoft wants to dominate the gaming market. The ability to use your same avatars and play the same games from the phone would certainly attract hard-core gamers. In fact, the idea of using the same "virtual you" (avatar) across all your applications, not just games, is something that might just catch on.

I don't play games, but one of the most interesting and fun things that I did with my Windows Phone was create an avatar that I thought nicely represented my personality and general look. I would love to be able to use it in Internet communications where live video isn't possible or isn't desirable but where some sort of visual presence would add to the interaction.

I've been a big fan of Windows Media Center since the original Windows XP WMC Edition. I was thrilled when Microsoft included it as a standard part of (some editions of) Vista and then Windows 7. I've tried a number of DVRs and PVR software, and I think WMC is the best.

We have a computer with four tuners running WMC on Windows 7 attached to our 65-inch Sharp Aquos in our media room and use it for all our TV recording and a Media Center Extender attached to the bedroom TV so that we can also watch our recorded programs there. We just recently invested in a HD Homerun Prime Ethernet network tuning device so that we can use a CableCARD to view and record premium HD channels on our Windows Media Center PCs.

I've been saddened by rumors that WMC either wouldn't be included in Windows 8 (since dispelled by Steven Sinofsky) or is not the focus of any new development (still up in the air). My hope is that Microsoft is not getting ready to ditch WMC entirely, but perhaps has other plans for it, such as incorporating it more fully into Xbox.

The Xbox can currently function as a Media Center Extender. How about making it a full-fledged Media Center itself that can record programs without being connected to a PC and then stream them (and your music, photos, home videos, Internet TV programs, and movies) to the other TVs in your home via DLNA?

If Microsoft turns the Xbox into much more than just a gaming console (which is certainly the direction they seem to be headed) and makes it a true home entertainment hub that can take the place of your TiVo or cable company-provided DVR, Windows Media Center might finally get the respect it deserves and Microsoft might take over the TV/home entertainment market. Neither Apple TV nor Google TV seems to have made much of a splash in the marketplace, so it's a segment that's there for the taking.

One OS to rule them all?

With the right strategy, Microsoft could pull this off and gain dominance in all these markets, along with the (shrinking but not going away anytime soon) desktop and laptop computing markets. Will Windows 8 be the linchpin that ties it all together? The same Windows that works across all your computing platforms would be a wonderful thing -- if it works well on all of them. Microsoft would be positioned to integrate its products so tightly that it would seem silly to buy anything else.

It would also put Microsoft in a position where perhaps they could consider some really innovative ideas. Here's one that's really "out there": What about a smartphone that doesn't depend on the wireless carriers?

Most of the people I talk to hate their carriers. They feel they're overcharged for basic service and nickeled and dimed to death for extras. They hate the way they're locked into contracts in order to get affordable devices. They hate the way the carriers cripple features that are built in to the devices by the vendors or charge extra for you to use them (e.g., Wi-Fi tethering). They hate the new tiered data plans.

If Microsoft put a fully functional Skype on its Windows Phones and perhaps invested in helping to build out ubiquitous low-cost Wi-Fi coverage in all major cities and sold the devices outside the wireless carrier channels, how many people could and would dump their plans with AT&T or Verizon or Sprint? Sure, there would be some technological and regulatory hurdles to overcome, but if we're dreaming about world domination, what better way than to do an end run around the telcos?