While reporters and VIPs attended Microsoft's Time Square launch party, ordinary network admins, IT consultants, IT managers, and developers attended Microsoft Across America Launch Events held around the country. Several other TechRepublic editors and I attended the event in Louisville, Kentucky.

Microsoft offered multiple tracks during the one-day event. Attendees could choose presentations for IT professionals, government organizations, developers, or IT executives. I attended the IT Professionals Track from 8:00 AM to 12:00 PM. After a 10-minute introduction from a Microsoft marketing person and a short, humorous video about users punishing Microsoft Developers for Windows errors, Matt Hester, a Microsoft TechNet Presenter, began his 3-hour presentation.

I learned at least one new thing about Microsoft Office 2007, Windows Vista, and Exchange Server 2007. Matt was a lively, knowledgeable speaker, who kept the presentation moving and got us out on time. He suffered only one real setback when demonstrating how User Account Control (UAC) could prevent someone from disabling the Windows Firewall--they were actually able to turn it off. Despite this very minor bump, the presentation was well worth my time.

I was sorely disappointed however, that Microsoft did not give out copies of Windows Vista. Attendees did receive a gift bag, but the only real prizes were product keys for Microsoft Office 2007 Professional and Groove. 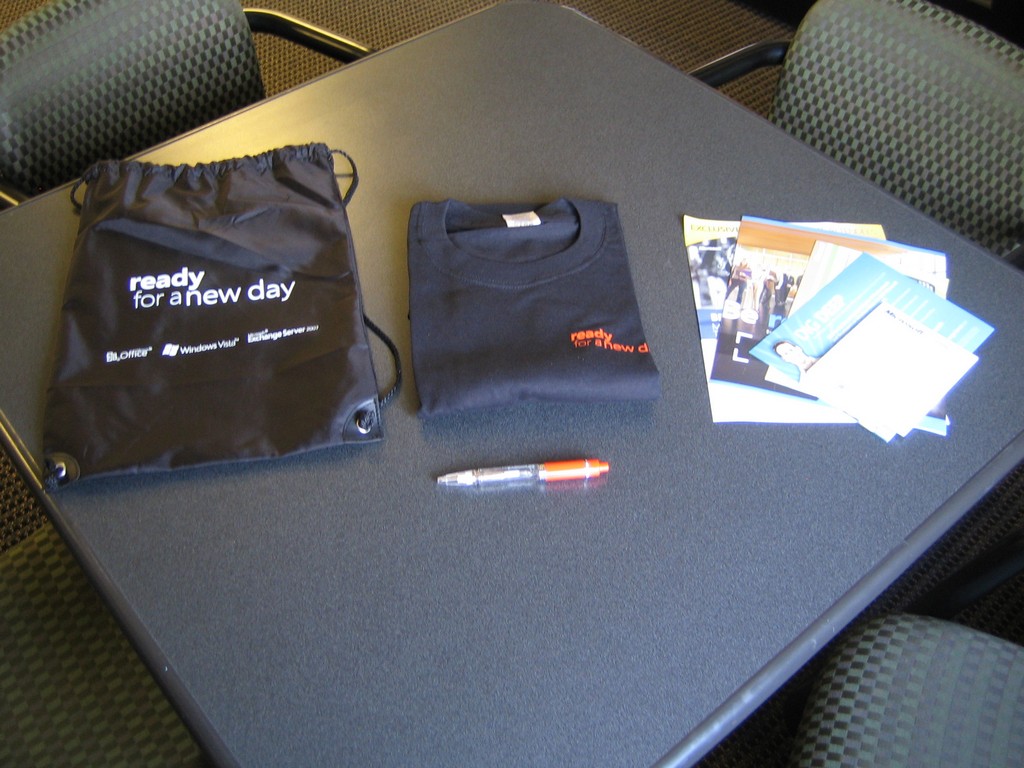 View my gallery, "See what's in the Vista roadshow swag bag", for a complete break down of the bag's contents.


While, I'm thankful that Microsoft gave attendees anything, I later learned that Microsoft gave the press and select VIPs who attended the Times Square launch party a very nice bag filled with "Vista Ultimate, Office 2007 (Home and Student edition), an Xbox 360 controller and a Games for Windows title."

In my opinion, Microsoft showed very poor form by giving members of the press and select VIPs Vista Ultimate and Office 2007, but not IT pros. IT professionals are the ones who use Microsoft products, support Microsoft products, and to a great extent, drive the acceptance of Microsoft products within their organizations. Why would Microsoft not want that audience to have Vista? Perhaps Ballmer and company are more concerned with selling Vista to the press than they are to IT pros?