There is more to Microsoft Windows 8 than just a new touch interface. Debra Littlejohn Shinder digs deeper into the inner workings of the new operating system.

In Part 1 of this discussion, I did a recap of Steve Sinofsky's presentation at D9 that formally introduced Windows 8 to the world and took a look at some of the more interesting reactions and commentary it inspired. Most agreed that the new GUI looks good, but is that enough? Let's delve a little deeper into some of the things we didn't see in the D9 demo, and the implications of a new Windows that "changes everything."

More than just a pretty (inter)face?

Other than a prettier, shinier, more touchy-feely look, we're all wondering what new features and functionality Windows 8 will bring to the table. Again, nobody knows for sure at this point (and if they do, they're sworn to secrecy), but there are hints and rumors galore, some of them backed up by those who have had some hands-on time with the early builds.

One of the biggest questions in the minds of Windows techies is: Will it or won't it include a much-anticipated and long-delayed new file system? We all remember WinFS, which was introduced at PDF in 2003 and was expected to be part of "Longhorn" (the code name under which Vista was developed). That never materialized, and it didn't surface in Windows 7, either.

The on-again/off-again project would have revamped the way data is stored and managed, replacing the old NTFS hierarchical directory structure with a relational database that would make organization and retrieval of the information faster and more efficient. Now we get the reports that Windows 8 has a new file system named Protogon.

Apparently the early builds include the new file system in addition to - rather than instead of - FAT, FAT32 and NTFS, and testers have been able to format drives in the new format (from the command line).

And before we get too excited about it, let's not forget that we have no guarantees it will even make it into the final release of the OS. After all, the early builds of Longhorn/Vista included WinFS before it disappeared somewhere along the beta-testing way.

After Apple announced that they were bringing their App Store to the desktop version of Mac OS X, it was probably inevitable that the next version of Windows would have a similar marketplace where users can download apps. The feature has been credited as one of the big reasons for the success of the iPhone and has been adopted by Google (Android Market), Microsoft (Windows Phone 7's Marketplace), RIM (Blackberry App World) and HP (WebOS App Catalog).

Early builds of Windows 8 include the Windows Store, which also apparently will let you "stream" apps to the computer from the cloud as well as downloading and installing them on the PC. That's something new, and is very much in keeping with Microsoft's commitment to cloud computing.

It will be interesting to see how the so-called "immersive" apps coexist with traditional Windows applications and whether these low-cost, more dedicated-purpose pieces of software cannibalize the market for big, expensive application suites such as Office, PhotoShop, etc. Will those large and complex programs eventually be delivered only as services? Consumers are already becoming resistant to spending even $30 or $40 for software, when they're used to being able to download an app to their phones and tablets for $1.99 to $9.99. Will companies continue to be willing to pay big bucks for software?

I just hope the Store is easier to navigate than Windows Phone 7's Marketplace. On the latter, whenever I search for an app, I get back results that include a bunch of songs along with the application names, which drives me nuts. And it goes without saying that it would be a huge mistake for Microsoft to try to "lock down" the desktop/tablet OS and allow users to download only "authorized" apps from the Store. To prevent a massive rebellion, the Store must be just one more way to get and install software - not the only way.

It's the little things

For me, it's all the little things that make software easy to use - or not. I was thrilled beyond reason to hear that Windows 8 will include (finally!) the ability to mount ISO files. I've always thought it was ridiculous that Microsoft provides all the operating system and application software on TechNet and MSDN in ISO format - which Windows can't do anything with unless you burn it to a disc or download a third party program.

I am also happy to hear that the group policies in Windows 8 indicate the possibility of built in support for taskbars on multiple monitors. I have been a multiple monitor fan since Windows 2000 (I currently have four connected to my primary workstation) and I hate having to buy UltraMon or another third party utility just to have a taskbar on each of the monitors.

Some changes, such as the rumored ribbon interface for Windows Explorer, will be loved by some and hated by others. I hope (but don't really expect) Windows will provide the option to switch back to the "classic" Explorer style for those who want it. I say this as someone who loves the Office ribbon - but who also has to support many, many users who don't.

I suppose if that option isn't included, it will provide yet another opportunity for third party developers (such as the makers of Classic Menu for Office) - but most users really dislike having to shell out $20 here and $35 there just to get the OS to work the way they believe it should have worked in the first place.

Windows 8 faces a situation that's different from previous versions. It won't be competing just against Mac and Linux, but against a whole new form factor: tablets. Not only will it compete directly with iOS, Android, webOS, etc. as an OS that runs on tablets, but desktop Windows PCs will, themselves, be competing with tablets as users ask themselves whether they can do everything they need with a tablet and do away with the desktop completely.

That means there are couple of "little things" that are going to matter a lot: fast boot-up and overall fast performance. Tablets have spoiled users; they now expect instant-on and responsiveness with no lag. That's especially important when you're interacting via the touchscreen. We're told Windows 8 will offer a new hybrid boot mode that will drastically improve start-up time, as well as performance enhancements. Microsoft absolutely must deliver on that promise to make a success of Windows 8.

What about the cloud?

As mentioned, the ability to stream applications through the Store is one way Windows 8 could distinguish itself as a true cloud-integrated OS. Some of those apps are likely to be designed for accessing various online services. I like that idea. I find myself reaching for my phone to do things like entering my diet and exercise details in the MyFitnessPal service, even when I'm sitting at my desk with my PC in front of me, because it's easier to do it via the phone app than via the web site.

Online services for things like that are great, but most of the people I hear from don't want Windows to go the way of Chrome; that is, they don't want an operating system is that is totally dependent on the Internet. What they do want is seamless integration with the Internet and online services.

For example, why do I have to open my web browser and navigate to a website to upload documents to my SkyDrive? Why doesn't it show up as a drive in Windows Explorer, so I can drag and drop files to it the same way I do with local drives?

It's expected that Live ID will be integrated into Windows 8, so that you can use your Live account to log onto the OS and create a "roaming profile" that follows you online. This is a first step that would allow for the kind of Explorer/SkyDrive interaction I'd like to see.

The cloud synchronization feature that's expected to be integrated into Windows 8 would let you sync various Windows settings across multiple Windows 8 systems, so that you get the same desktop configuration and preferences on all those devices. 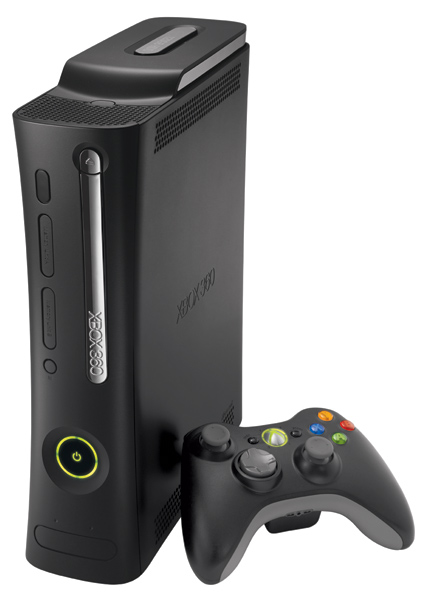 Integration certainly seems to be the name of the game when it comes to Windows 8 - and that includes games, too. This week we got word that Xbox Live will be built into Windows 8. This has apparently been a success on Windows Phone 7.

Although I'm not a gamer, I was fascinated by the ability to build an avatar that looks (sort of) like me on my Windows Phone. I can envision the possibility of extending the avatar idea beyond the game platform, to act as an online visual representation of my identity on various types of interactive services and web sites. Of course, the security implications of all this will be interesting - and that's fodder for an article in itself.

Meanwhile, another indication that Windows 8 will have a heavy focus on the web and the cloud is the fact that it has a new development platform that will apparently be based on HTML and JavaScript. According to some reports, not everyone is happy about that.

Ars Technica reported, shortly after the Windows 8 demo, that developers are "horrified" by the news that the new APIs are based on these web-centric languages. In a somewhat overly dramatic diatribe, Peter Bright first interprets this to mean that Windows developers must now "discard two decades of knowledge and expertise" and switch to a "far more primitive, rudimentary system with substantially inferior tools." After all the angst, though, he concludes on page 2 that "Windows 8 won't be an HTML-driven horror after all."

Meanwhile, Mary Jo Foley and others are urging Microsoft to clarify the issue and reassure all those developers who are, if not quite horrified, at least a bit concerned about whether their .NET and Silverlight skills are about to become irrelevant.

The waiting is the hardest part

Microsoft is always being accused of copying Apple, and they certainly seem to be emulating Jobs with the secrecy and cone of silence surrounding many of the key issues surrounding Windows 8 (and other products, as well; see my previous commentary regarding the uncertainty over the future of TMG).

But whereas Apple manages to pull this off, creating an aura of mystery and excited anticipation with their strong-arm enforcement of their zipped-lips policy, when Microsoft does it, everybody gets mad. No, it's not fair, but that's the way it is, and those in the company who make these decision really need to realize that what works for the competition may not work so well for them.

Until they do, we wait. Presumably all (or at least much) will be revealed at Microsoft's developer's conference this fall. Of course, in keeping with the policy of keeping us all in the dark, for a long time nobody knew when or where this was going to be held. Turns out that while we were doing all that speculating (Did that obscure post on the Microsoft India web site mean it was going to be in Seattle this year?), we also didn't even know its name. The event formerly known as the PDC is now called BUILD and it's going to be held September 13-16 in Anaheim, CA. We still have three months to wonder.