Perhaps Microsoft has a traditional game plan when it comes to marketing Windows 8.

Back in September 2009, I took Microsoft to task over what I consider to be a terrible marketing video for Windows 7. The video depicted a group of people having a Windows 7 release party where they discovered the benefits of the (at that time) soon-to-be-released operating system.

I asked a simple poll question:

What do you think of the Microsoft Launch Party videos as a marketing campaign?

The poll results were overwhelmingly on the negative side of the spectrum. 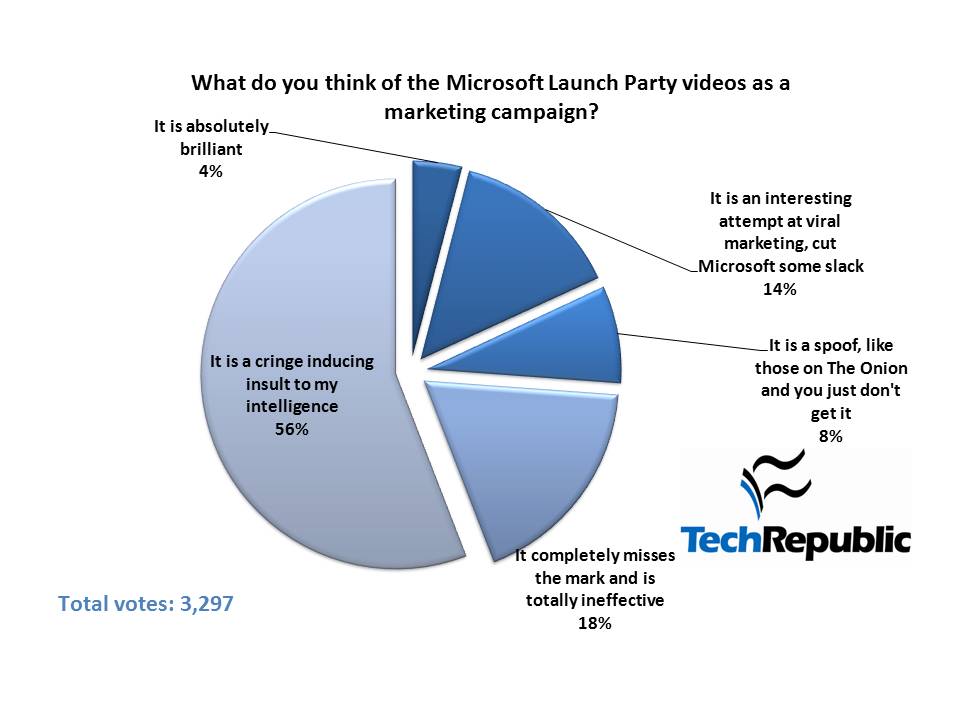 The video is embedded below if you want to see what all the fuss was about.

Now, Windows 8 is the Microsoft operating system on the horizon, and it's time to start a marketing campaign. So far, the videos emanating from Microsoft explaining the features of Windows 8 have been much more traditional. In fact, they have been downright informative. Perhaps Microsoft has regained its collective mind and is foregoing the bizarre "Let's have a party" video concept for Windows 8. I get much more out of this straightforward Windows 8 marketing video (see below) than I do from the avant-garde Windows 7 video of 2009.