Chrome is the clear new web browser boss according to a recent TechRepublic poll. The question now is why?

In 2012, TechRepublic asked a very simple question: Given a fresh choice, which Web browser would you choose? The poll results in 2012 showed that Firefox was the most used web browser in 2012.

However, when it comes to information technology, change is inevitable, so a few weeks ago we asked the same question and discovered that Mozilla Firefox has been overtaken by Google Chrome as the preferred web browser among IT professionals on TechRepublic in 2013.

Take a look at Figure A. The 2012 poll results show that over 50% of TechRepublic members preferred Firefox, with the second choice, Chrome, drawing only 20% of the state preferences. 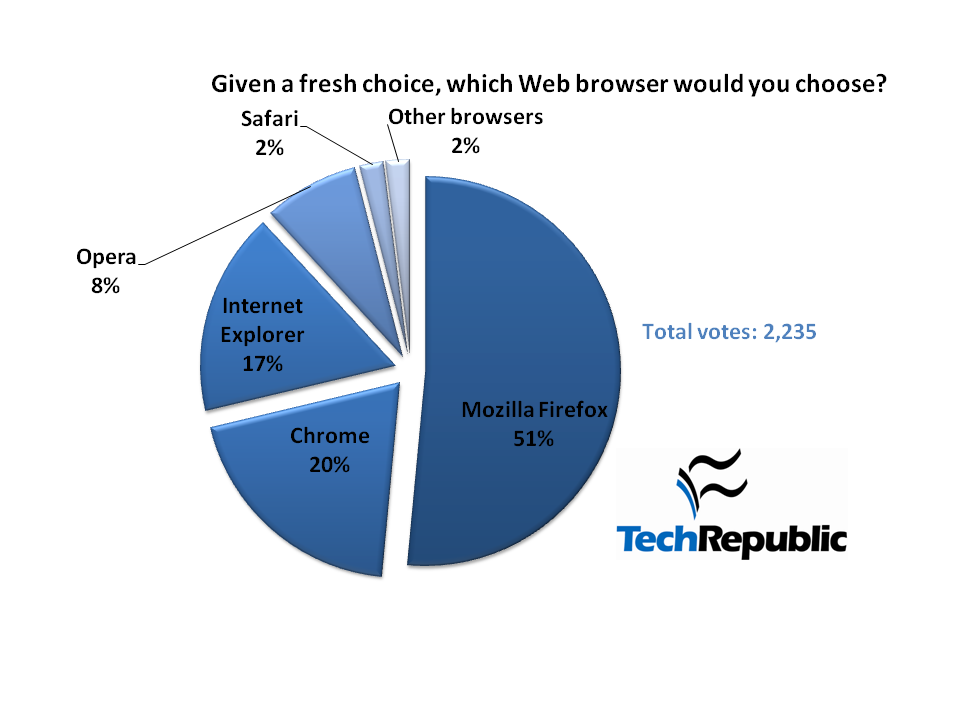 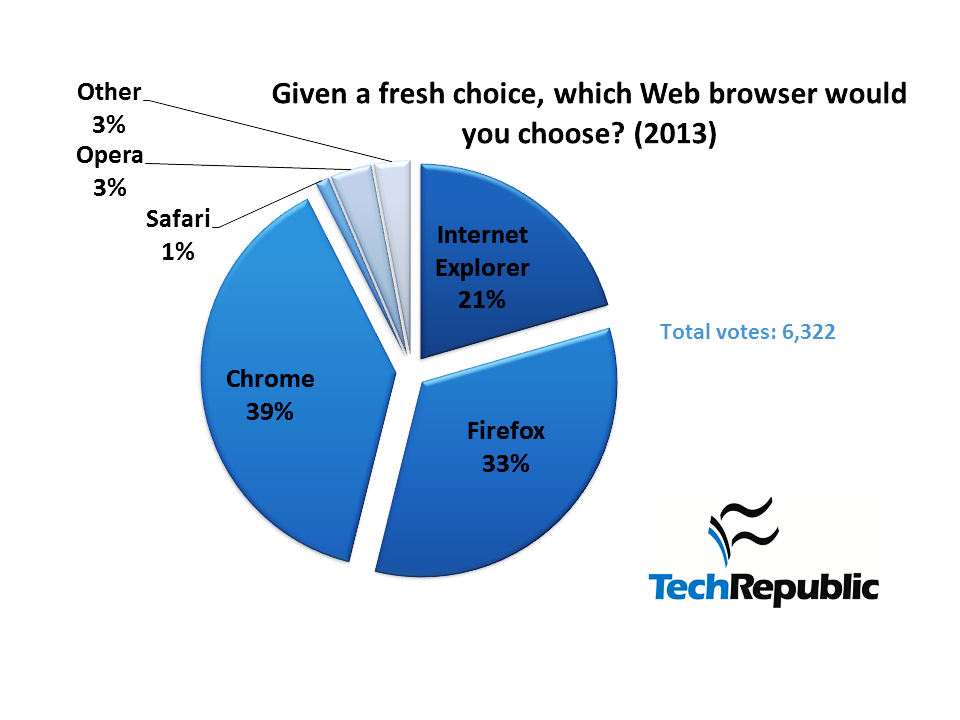 Why did this happen?

Moving beyond the sheer numbers, I would like to discuss why this has happened. Increasingly, I have found Firefox to be a little unstable and to be a bit of a resource hog - has that been your experience? Is that one of the reasons Chrome has moved to the front of the line? What other reasons explain how Firefox has lost its top position to Chrome?