See how your peers answered this question: Is the PC on the way out or is the tablet revolution a crock?

On June 4, 2010, I asked the TechRepublic Windows Blog readers this question:

Is the PC on the way out or is the tablet revolution a crock?

As a follow-up to that poll, on July 9, 2010, I used a Barclays study that suggested tablets would reduce PC sales in 2011, to ask this question:

Will you or your users really give up the keyboard for a tablet PC?

The results from both polls, displayed below, leave little doubt that TechRepublic members reading the Windows Blog do not believe the tablet PC is going to completely displace the keyboard-equipped PC anytime soon. However, being the practical information technology professionals that they are, many believe the tablet PC has its place. In general, the members are living by the general rule that serves them so well in so many ways: Use the right tool for the job. 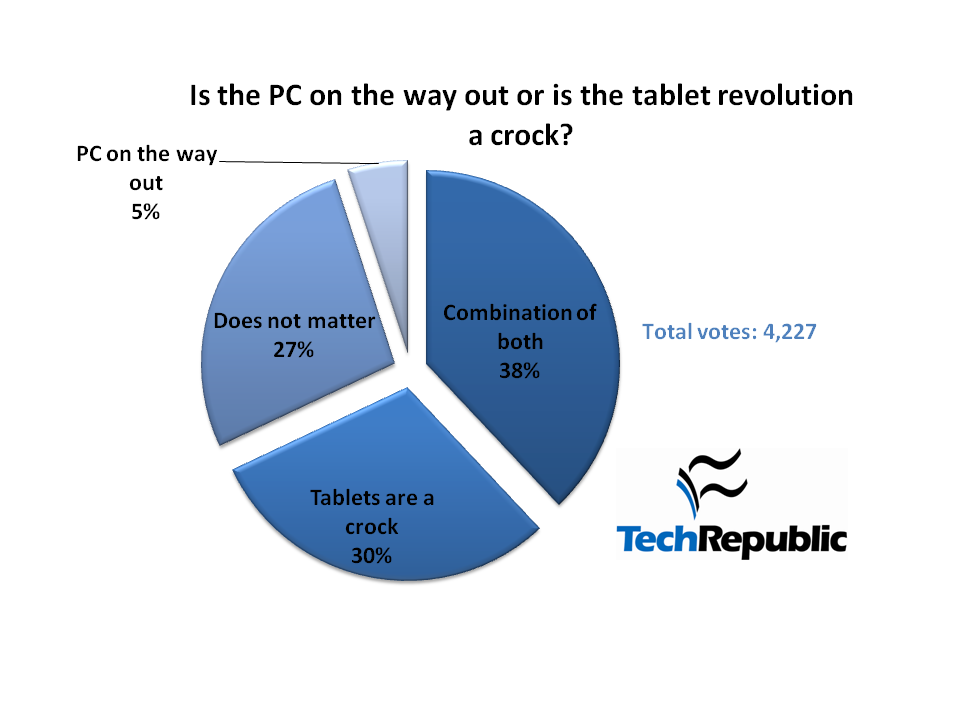 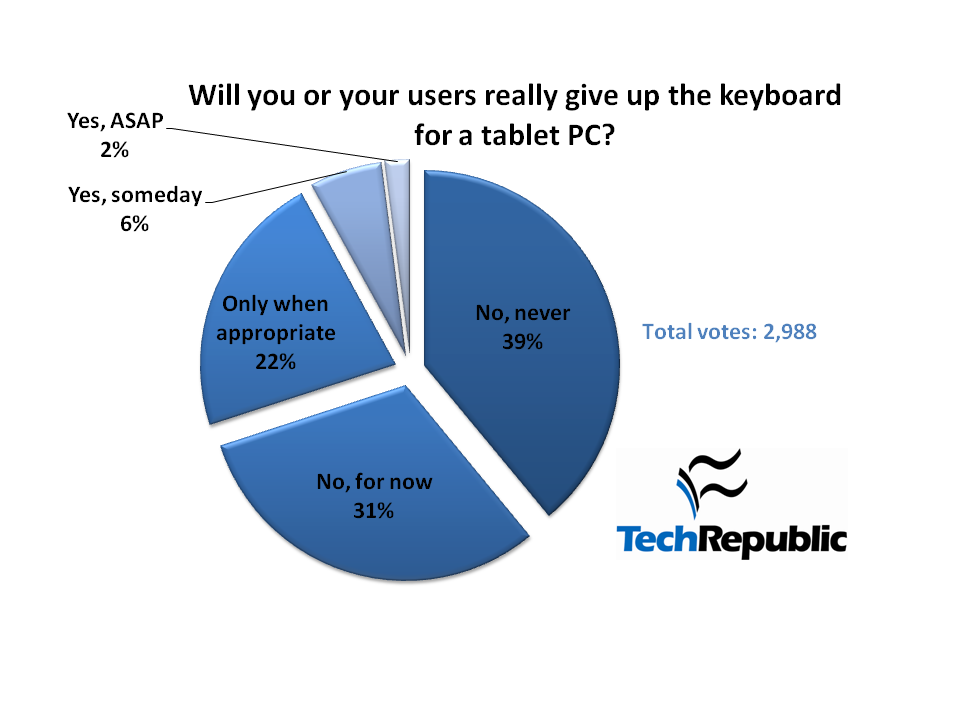 Have you got an opinion on this topic? Do you believe that the tablet PC is the future and the keyboard is on the way out? Or do you think the declaration that one form of computing device is replacing another is merely speculation and hype that ignores what is really important: getting work done?

Comment and share: Poll Results: Is the PC on the way out or is the tablet revolution a crock?