See how your TechRepublic peers answered this question: Is there a market for Windows 8 or is Microsoft playing with fire?

On April 7, 2011, I asked the readers of the TechRepublic Microsoft Windows Blog this poll question:

Is there a market for Windows 8 or is Microsoft playing with fire?

In the past month or so, TechRepublic has published "leaked" screenshots of Windows 8, and the interest has been greater than I expected. I have been, and I remain, skeptical that Windows 8's being released so quickly on the heels of Windows 7 is a good move by Microsoft.

I am sensing a significant amount of upgrade fatigue, especially in small businesses. To overcome that reluctance to yet another upgrade to the Windows operating system, Microsoft will have to do something noteworthy with Windows 8 -- something I have yet to see in any of the leaked photo galleries.

Thus spawned my poll question regarding the potential market acceptance of Windows 8. Not surprisingly for the TechRepublic practical-based audience, most poll respondents are content to wait for additional information. However, plenty of respondents are exasperated by the prospect of another operating system migration.

Should Windows 8 even be on our radar at this early point in the development cycle? 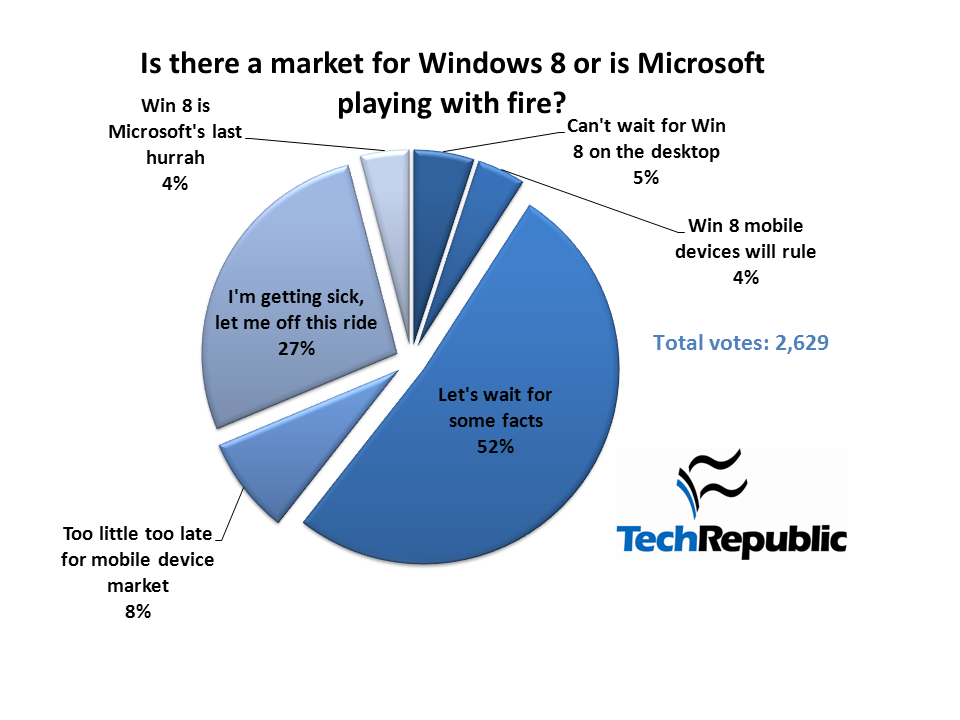 Comment and share: Poll Results: Is there a market for Windows 8 or is Microsoft playing with fire?