Mark Kaelin took a stand and declared that the time to dump Windows XP has come. Check out the poll results to see how many of your peers agreed with him.

On March 25, 2011, I made a declarative statement and polled the TechRepublic membership to see how many agreed:

Poll: It is time to face facts and finally dump Windows XP

As I expected, there are still a large number of readers holding steadfastly to the idea that they can continue to use Microsoft Windows XP as the primary operating system for their business indefinitely. In fact, if you read through the subsequent discussion, you can see that there are more than a few readers who are downright hostile to the idea of dumping Windows XP.

While I applaud their determination and tenacity, it is the inevitable fact that eventually Windows XP will not be a feasible operating system for any business. The sooner the 29% of respondents answering the poll with "No, you are crazy, Windows XP forever" can come to grips with that fact, the better off they are going to be.

A simple majority of 53% has either already dumped Windows XP or are currently working on it. That leaves 18% realizing that something has to be done, but finding it difficult to bring it about. 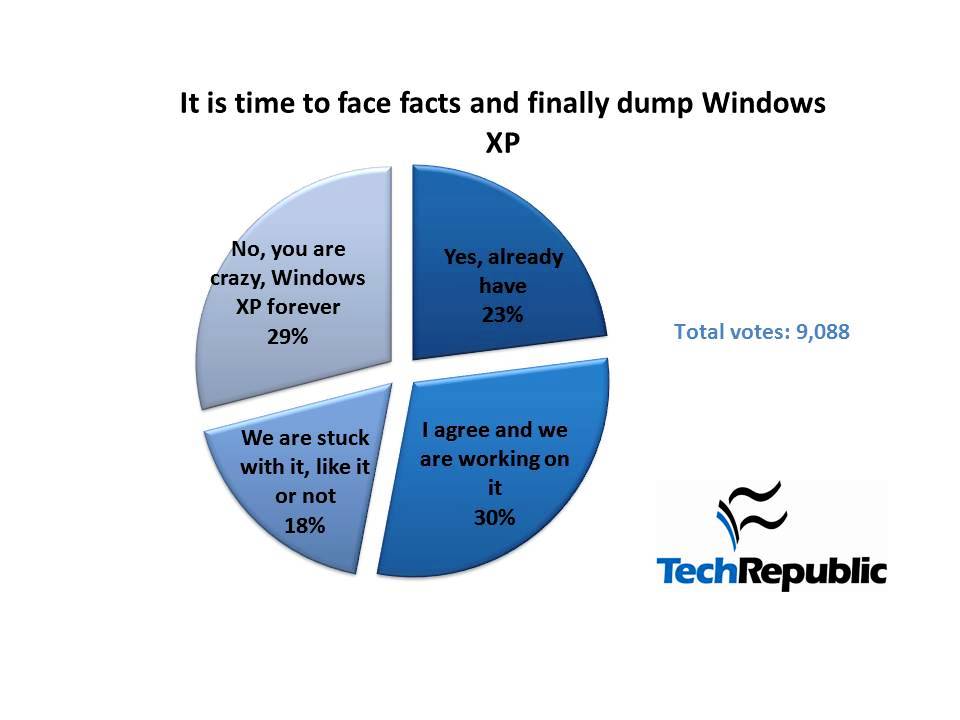