See how your TechRepublic peers answered this question: On scale of 1 to 5, just how excited are you about the pending release of Internet Explorer 9?

On September 2, 2010, I asked the readers of the TechRepublic Microsoft Windows Blog this poll question:

Just how excited are you about Internet Explorer 9?

Shortly after posting this poll question, Microsoft released a beta version of Internet Explorer 9. I have it loaded on my test machine, and the interface is very "chrome-like." And while it seems to be mostly OK, there are still several bugs that will have to be cleaned up before it is ready for release.

The answers to the poll question were predictable. As IT professionals, TechRepublic members are naturally at least somewhat interested in Internet Explorer 9, but there does not seem to be an extraordinary amount of excitement about it. Have we come so far? Can we really say there is no more browser war? 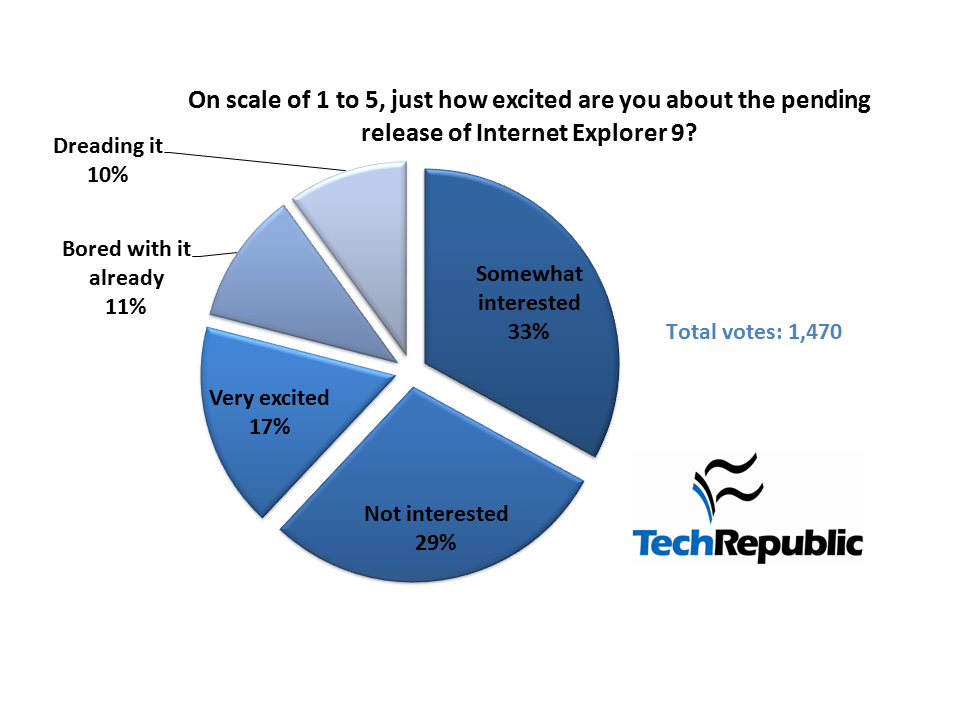