TechRepublic members are evenly split on the question of whether Windows 8 is inevitable or not. 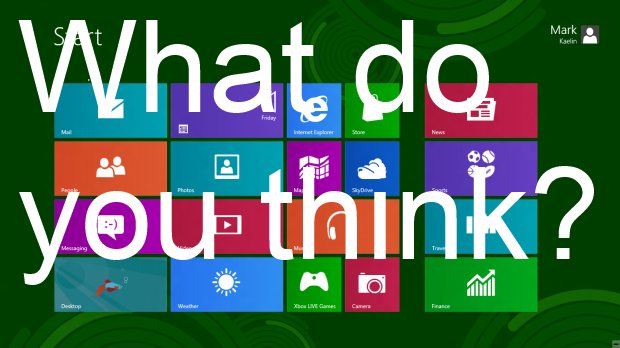 On June 13, 2013, I published a poll question in the Windows and Office Blog:

Is the mass-adoption of Windows 8.x by businesses inevitable?

My argument that Windows 8.x was inevitably going to be the standard operating system of businesses - the only variable was time. But after reading the debate that followed in the poll's discussion forum, I realized I was not clear about one point.

At some point it is very possible that Microsoft will change the name of their operating system, especially if Windows 8 becomes too much of a liability in the marketplace. So, while the name may change, business will still essentially be using Windows 8.

It is a minor point, but may respondents used the way Microsoft dropped Vista for Windows 7 as an example of how Windows 8 was not inevitable. I would contend, however, that Windows 7 is just a revised version of Vista, so in a sense Windows Vista was not a failure from the system perspective but from a marketing perspective.

With that being said, the poll results show an evenly divided TechRepublic membership when it comes to the widespread adoption of Windows 8. Interestingly, the secondary poll (At a personal level, do you like Windows 8) reveals that many TechRepublic members dislike Windows 8 in its current incarnation. The next question to consider will be whether Windows 8.1 will change any minds in this regard. 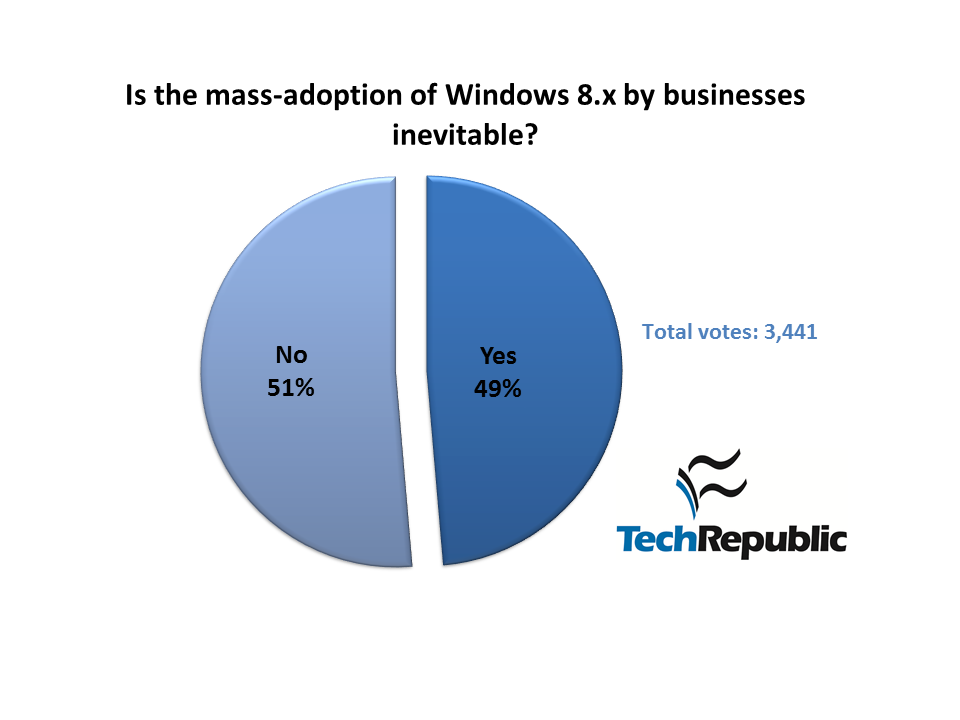 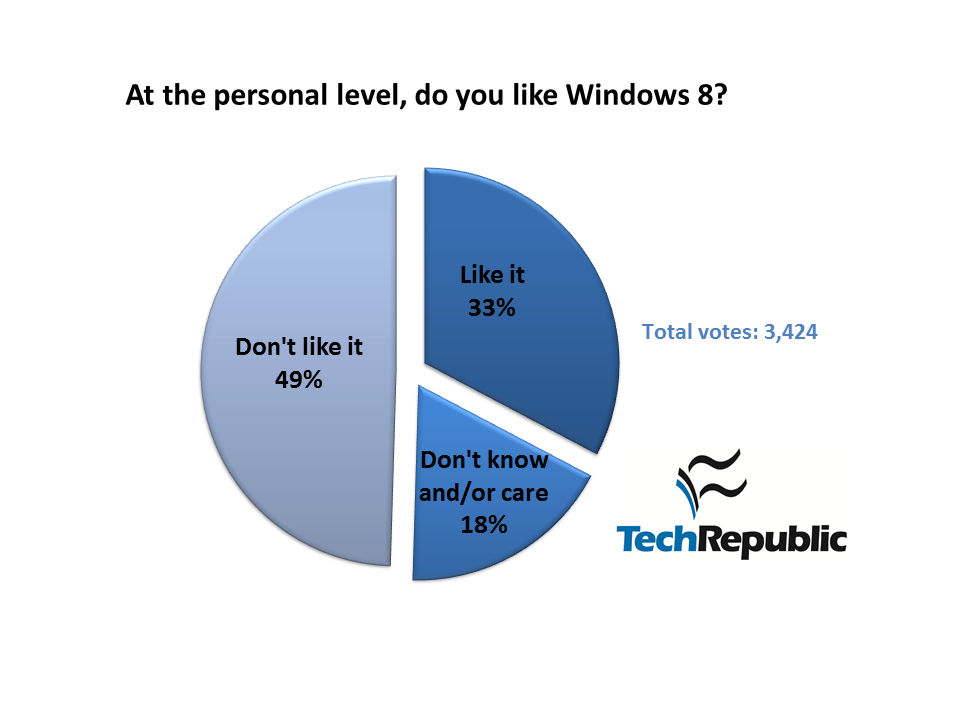 The results of the secondary poll show that Microsoft has some work to do selling the concept of Windows 8 to IT professionals. What feature do you dislike about Windows 8 the most?