How did your peers answer this question: Realistically, how fast should a PC boot? Are you in the not fast enough camp?

On April 29, 2010, I polled the TechRepublic membership with a very specific question:

Realistically, how fast should a PC boot?

I prefaced the poll question with the following observation, which was not disputed by the lengthy discussion that accompanied the poll when it was published:

During my time here at TechRepublic, I have noticed a near obsession among members regarding boot times for their PCs. For some reason, members never feel that their PCs boot as fast as they should.

The consensus answer from well over 3,000 respondents was actually not in the fastest category I thought it would be, which leads me to believe that there is a vocal and passionate minority who have a great need for speed when it comes to booting a PC. On the other hand, there are still plenty of members like me who can live with a 30-second boot time. There were also more people than I had expected who found a boot time of over two minutes acceptable.

Which group do you belong to -- the "never fast enough" or the "it's fast enough more or less" group? 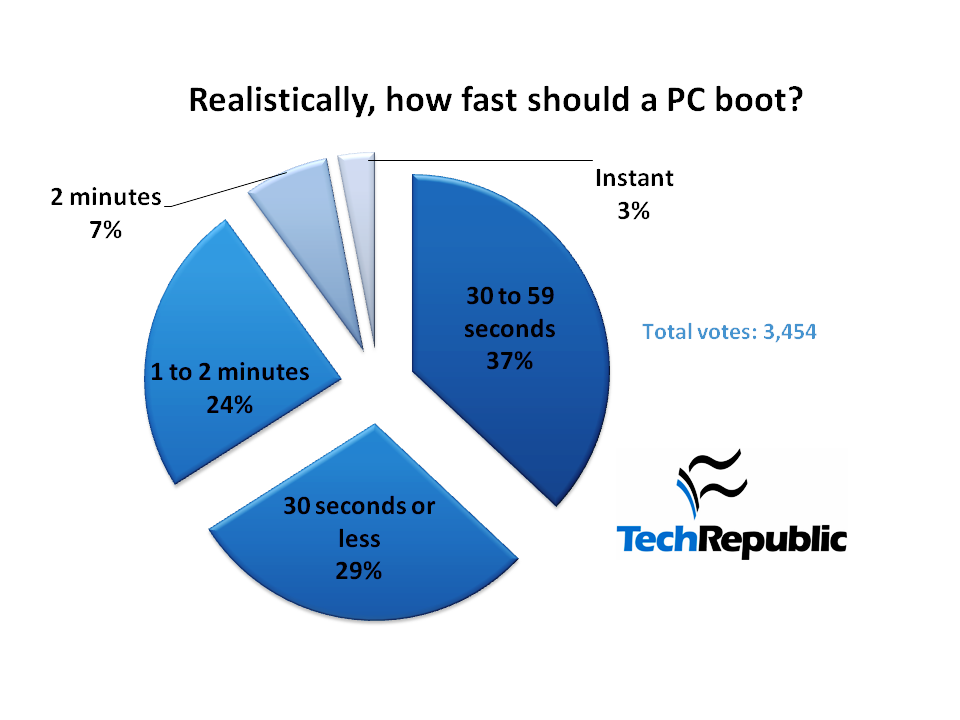 Stay on top of the latest Windows tips and tricks with TechRepublic's Windows Desktop newsletter, delivered every Monday and Thursday. Automatically sign up today!