How did your peers answer this question: Should Microsoft really be considered a monopoly? You may be surprised by the answers.

On February 25, I asked this question: Should Microsoft really be considered a monopoly? I was curious as to how members in the discussion forums were using the term "monopoly" with regard to the Windows operating system. I suggested that while Microsoft certainly enjoys a substantial market share in the operating system market, it really doesn't meet the formal definition of a monopoly. With Linux and Mac OS X available, it would seem to preclude Microsoft from being a monopoly in the economic sense of the word.

I thought I would be in the minority in this regard, but the poll results put me squarely in the majority. Are you surprised by the results? As competition takes market share away from Microsoft, has it lost its monopoly status? Is this result a bad omen for the company? 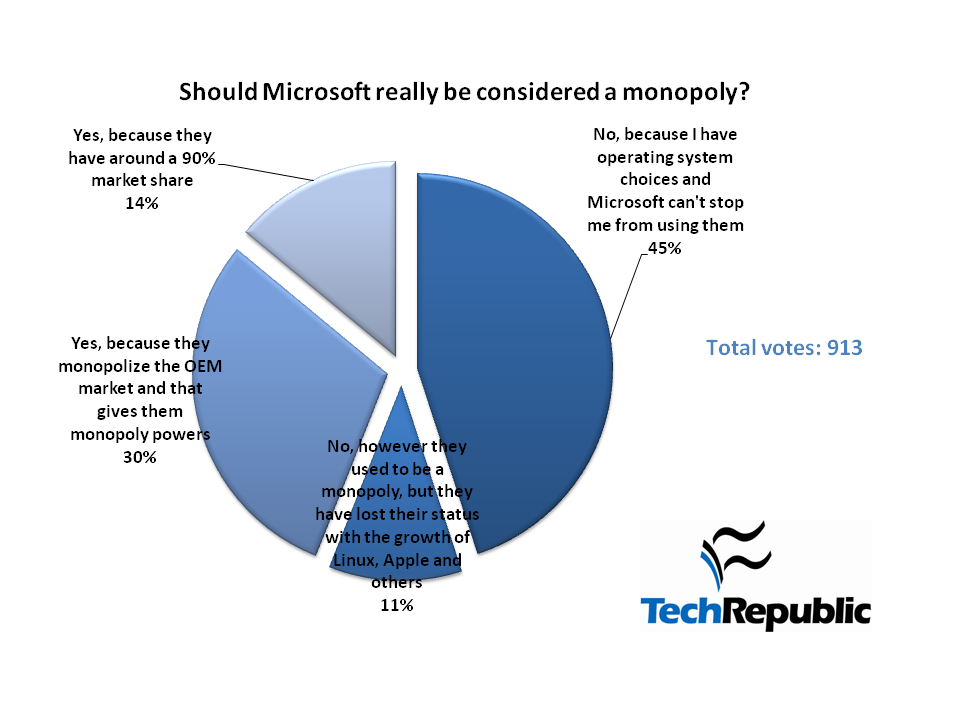