See how your peers answered this question: Should Windows Desktop Gadgets be banned from the corporate workstation?

On August 6, 2010, I asked the readers of the TechRepublic Microsoft Windows Blog this poll question:

Should Windows Desktop Gadgets be banned from the corporate workstation?

The 577 respondents to the poll were generally evenly split with 56% saying no ban and 44% saying a ban was justified.

Are Windows desktop widgets really that much of a security risk? What risks do they introduce and what do IT pros need to do to mitigate the risks involved? 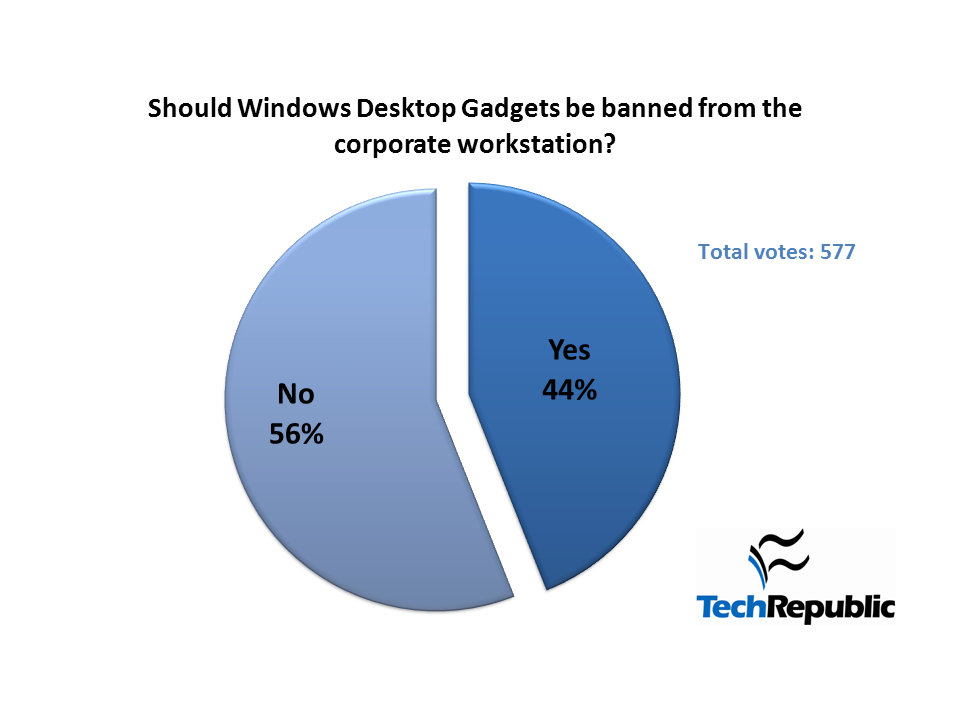