In a bit of a surprising result, it seems TechRepublic readers are looking forward to a Nook running Windows 8.

In early May 2012, Microsoft announced that it was investing $300 million into Barnes & Nobel's Nook digital book business. Greg Shultz analyzed the potential of the deal for both companies, concluding that it could very well lead to a version of the Nook running Windows 8.

With the $300-million Microsoft investment in its digital-book business, Barnes & Noble will be in a much better position to compete with Amazon when it comes to purchasing e-book rights from publishers. With access to Barnes & Noble's vast retail network of 1,340 bookstores, which includes 705 Barnes & Noble superstores and another 635 college bookstores, Microsoft instantly gains a huge retail outlet for promoting its new Windows 8 tablets. This is especially true if one of those new tablets happens to be the new Nook Tablet -- Powered by Windows 8.

I found Greg's argument compelling and tend to agree with his assessment in general, but I was curious to see what the TechRepublic membership thought of the idea. I was a little surprised by the results. It seems there is more favorable interest in a Windows 8 Nook than I had anticipated. 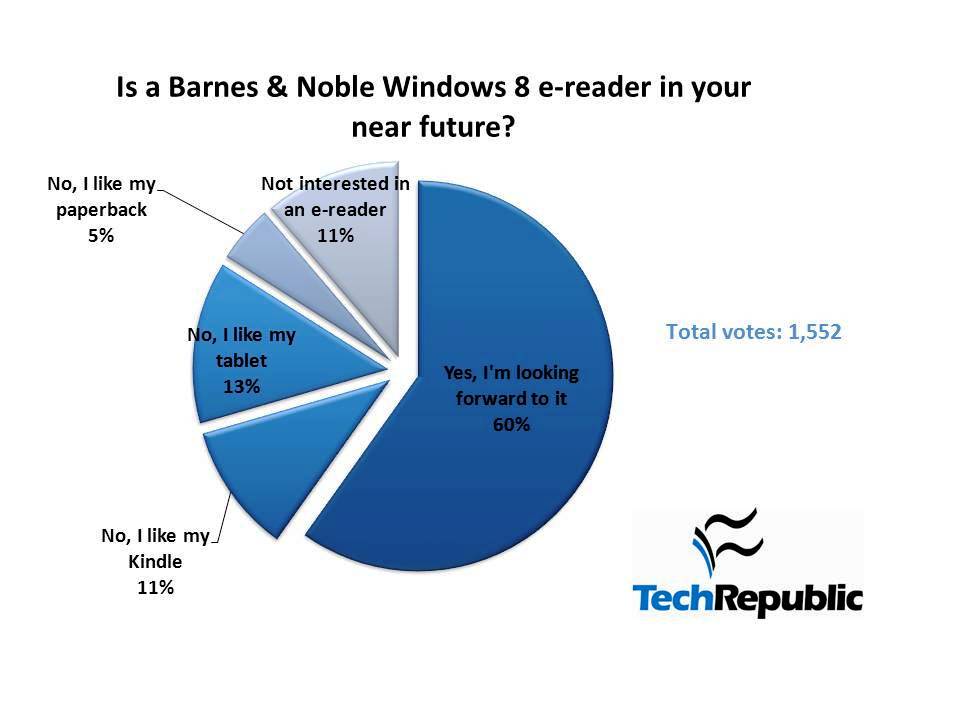 What is it about a Barnes & Noble Nook running Windows 8 that appeals to you? Do you think it will be a better product than the Kindle or just different enough to provide real competition that will drive further innovation?