See how your peers answered this question: What level of blame would you assign to the infamous BSOD in the BP oil spill?

On July 30, 2010, I asked readers of the TechRepublic Microsoft Windows Blog to answer this poll question:

What level of blame would you assign to the infamous BSOD in the BP oil spill?

At the time I posed the question, BP was just about to perform a static kill on the well. The good news is that the process worked, and it appears as though there will be no more oil spilled into the Gulf of Mexico. The bad news is that it appears that much of the oil already spilled is actually below the surface and scientists and other experts are not sure what that means with regard to economic impact. This is a story that will take years or perhaps decades to play out completely.

However, when it comes to the poll question, TechRepublic members applied less blame on the technology and found more fault with the people who were supposed to use that technology to prevent just such a disaster. And, as was pointed out in the ensuing discussion thread, what exactly happened, where the blame should be assigned, and how to prevent a similar instance in the future are also questions that will take decades to fully answer -- assuming they ever get fully answered.

Has this incident changed your mind about the safety of deep-sea drilling for oil and gas? Should technology play a larger role in the process? A lesser role? 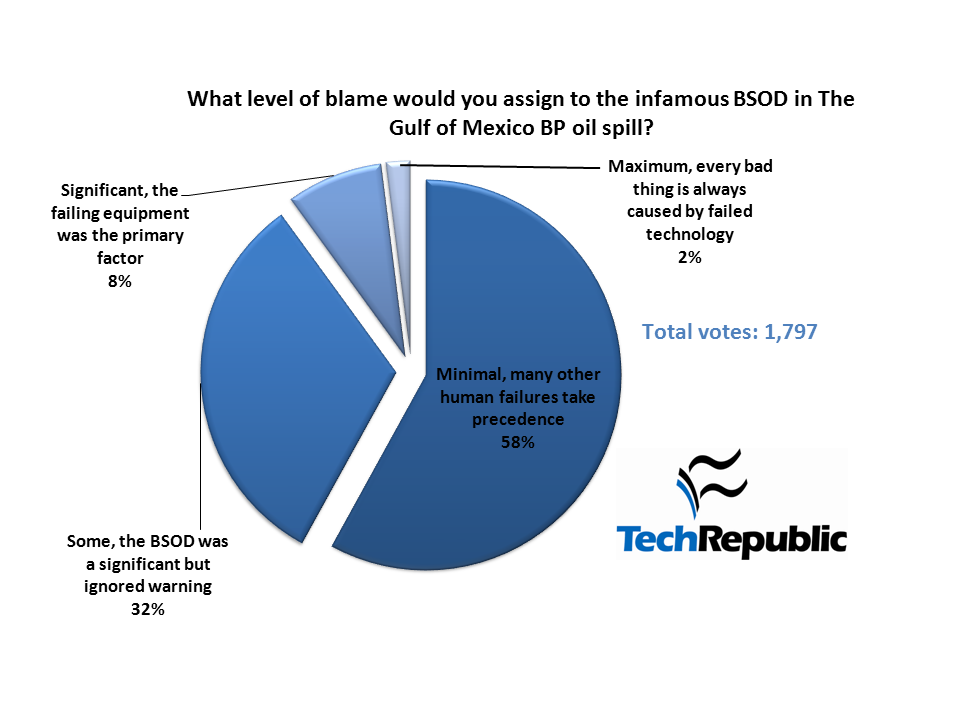 Comment and share: Poll Results: What level of blame would you assign to the infamous BSOD in the BP oil spill?