By default, Windows Explorer in Windows 7 launches in the Library folder. However, you can change the launch folder to the system root directory.

One of the most obvious differences between Microsoft Windows 7 and the previous versions of the operating system is the concept of libraries. In Windows 7, files are stored in a library folder, which is essentially a folder that references other available folders. The idea is that you don't have to worry about the actual physical folder that houses the file in question because it is referenced in your library -- let the operating system worry about where it actually sits.

However, there are times when you actually want to get to a file in its actual physical location. To help facilitate this, many users find it useful to use Windows Explorer to follow the folder path to the file location in question. But, by default in Windows 7, the typical Windows Explorer shortcut starts in the Libraries folder and not in the highest directory level possible (Figure A). We can change that fairly easily. 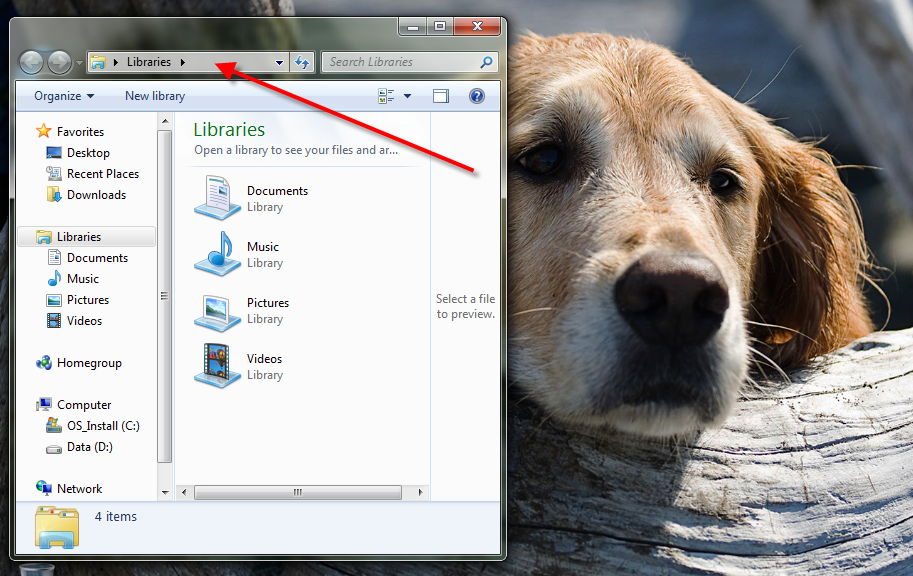 To change the Windows Explorer default directory, you must access the Properties dialog box. You can get there a few ways. One obvious way is to type "windows explorer" in the Start Menu Search box, as shown in Figure B. 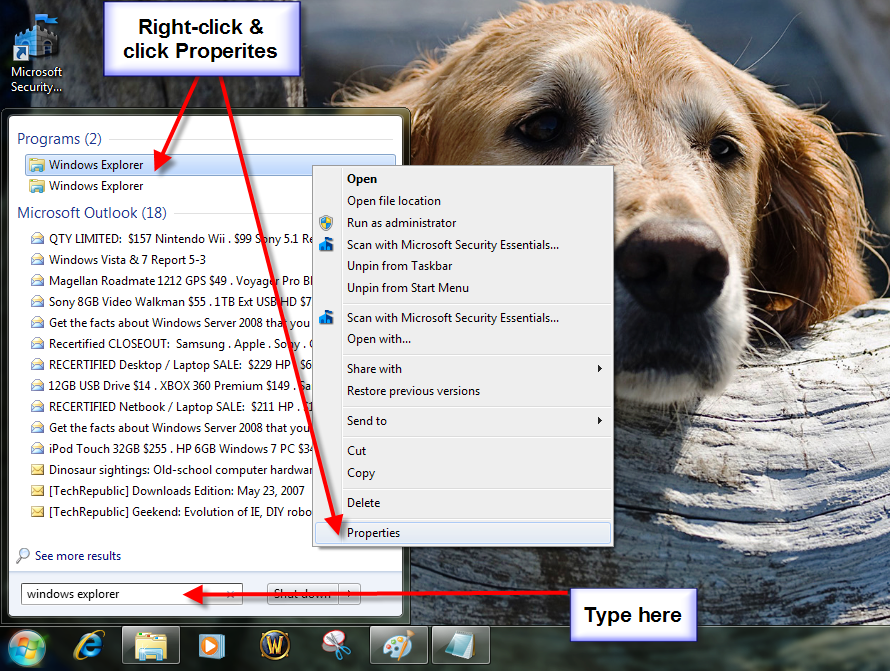 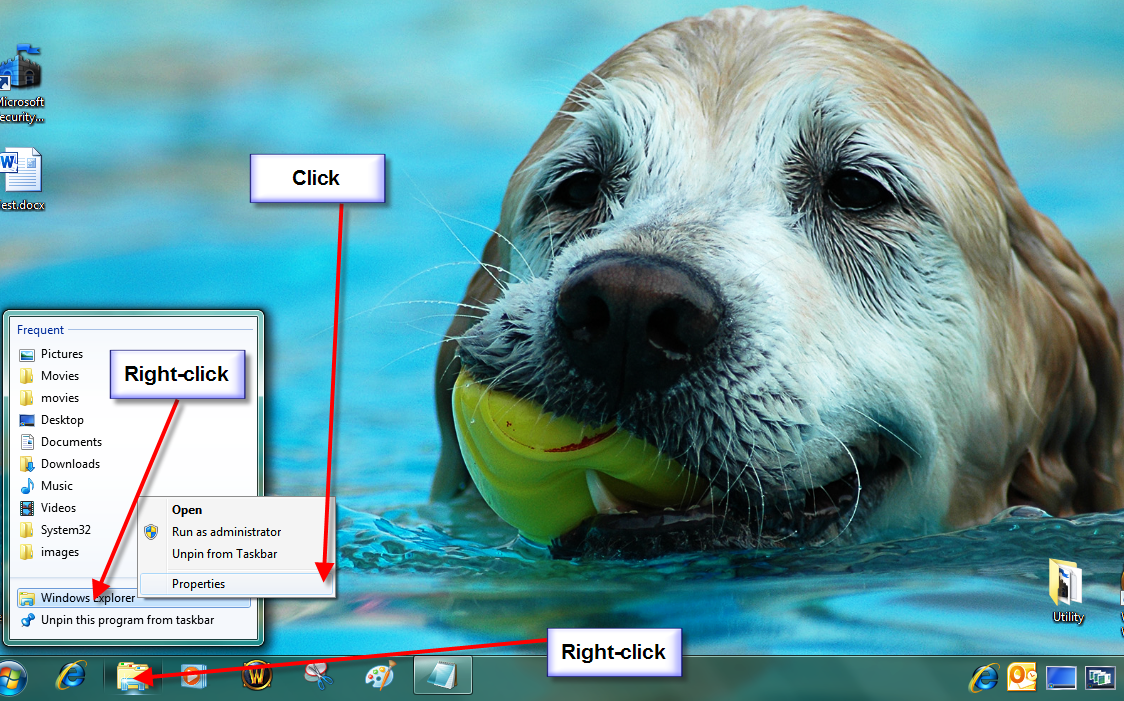 You should now be looking at the Windows Explorer Properties dialog box (Figure D). Notice the default target path (red arrow). That target path is what we are going to change. 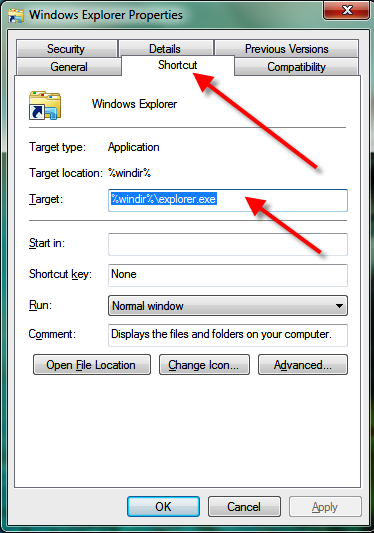 To change the launch folder default in Windows Explorer, modify the target path to be this command:

Be sure to type it exactly or it will not work and then click OK. The code brings the launch directory all the way up to the highest level (Figure E). 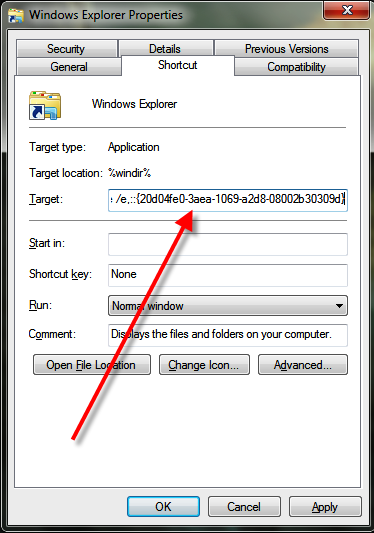 You now have a new target -- the root directory.

The next time you load Windows Explorer from that particular shortcut, it will launch in the highest directory level, as shown in Figure F. 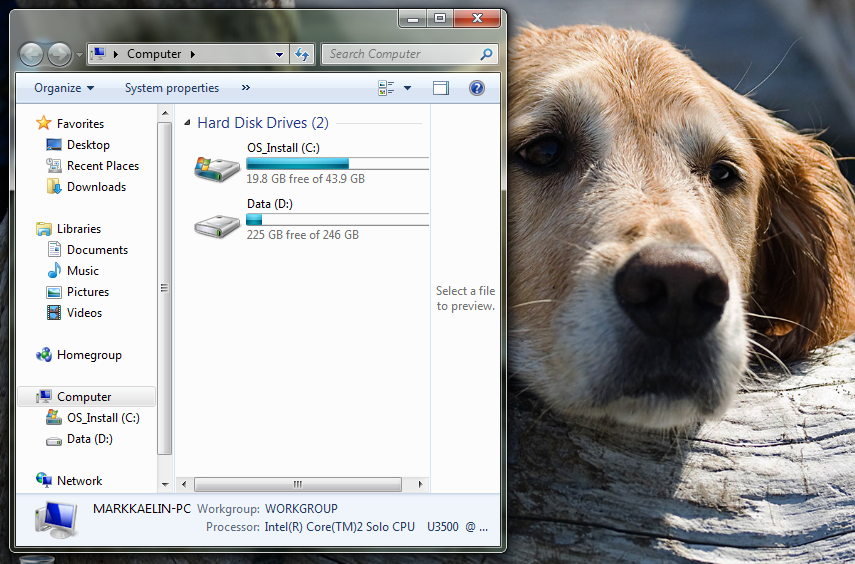 You now start at the root directory.