When it comes to Windows recovery tools, you can never have too many. Greg Shultz has found a good one in System Restore Explorer.

Over the weekend I was telling a friend about the Previous Versions feature in Windows 7, and he told me that it sounded like a tool that he has been using called System Restore Explorer, from developer Nic Bedford. I had not heard about this particular tool and asked him to show it to me. What he showed me was pretty impressive, and so, being a big believer in the idea that the more tools you have at your disposal the better prepared you are in the event of a disaster, I decided that I would write about it. So, in this edition of the Windows Desktop Report, I'll take a closer look at System Restore Explorer.

There is also a slideshow presentation of this blog post in the form of a TechRepublic Photo Gallery.

System Restore stores its backup on your hard disk in a hidden folder called System Volume Information that you are normally unable to access. If you attempt to access that folder, you'll encounter the error message shown in Figure A.

If you attempt to access the folder in which System Restore stores files, you will encounter this error message. 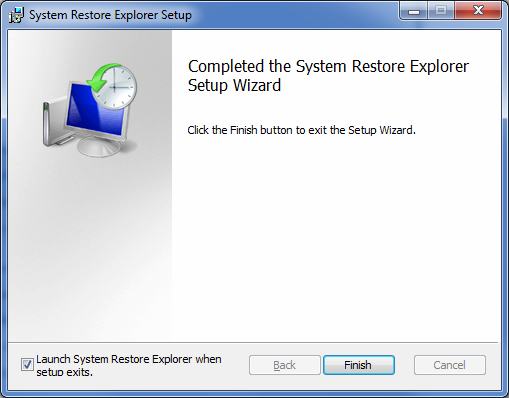 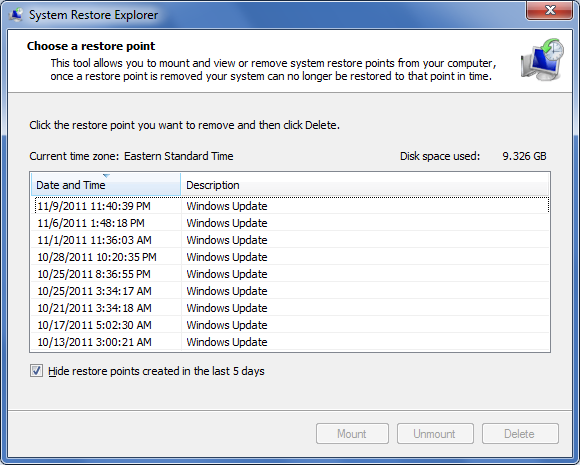 Once it launches, System Restore Explorer immediately displays a list of all the available system restore points. 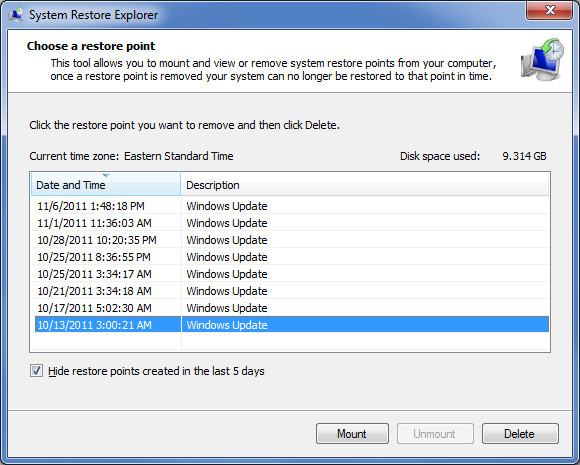 Once you select a restore point, the Mount button is available.

When you click the Mount button, System Restore Explorer mounts the restore point and creates a shortcut to it. It then passes that shortcut over to Windows Explorer so that you can see and access the files in the restore point just like you would any other drive, as shown in Figure E. 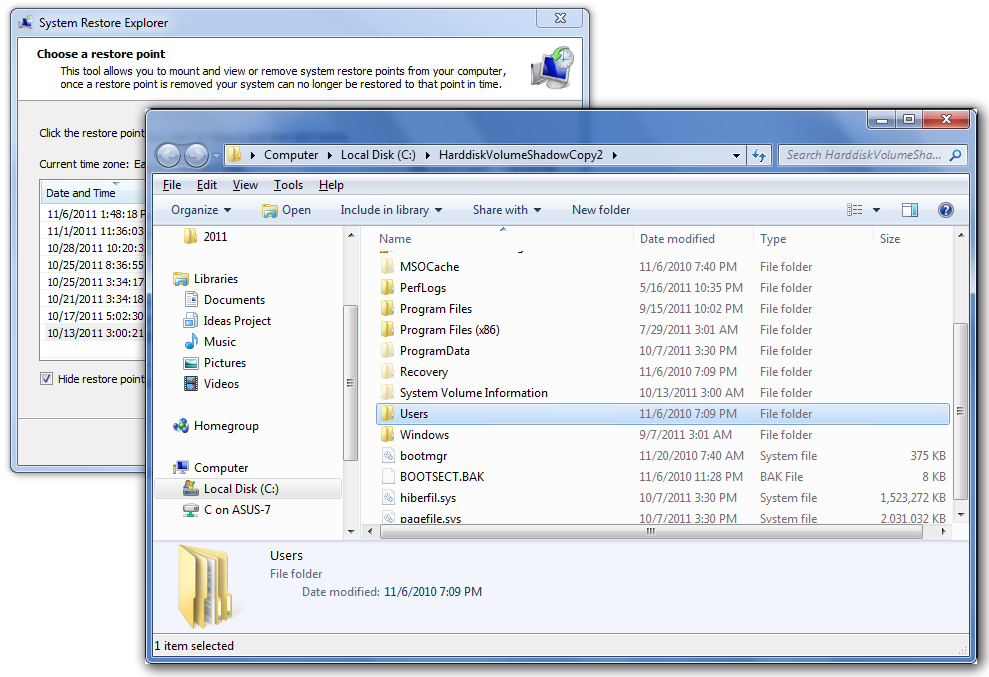 When you find the file that you want to restore, you can copy it to anywhere on your hard disk. As you can see in Figure F, I like to use the Copy to Folder tool, which as you may know can be found on Windows Explorer's Edit menu. 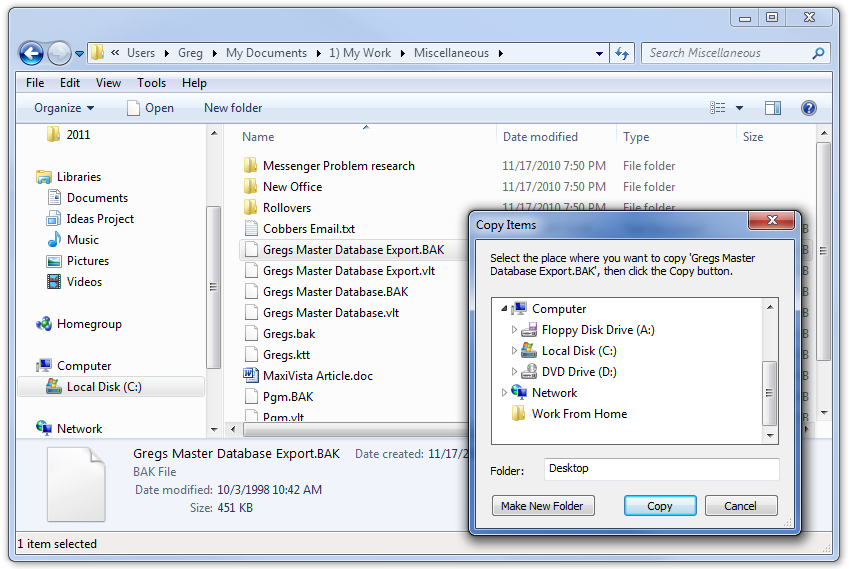 You can simply restore files from the mounted restore point by copying them to your hard disk.

As soon as you copy the file(s) that you want, you should immediately close this version of Windows Explorer or immediately return to the System Restore Explorer interface and click the Unmount button. The reason it is so important that you do one of these operations is that once you begin navigating around the mounted restore point, the window bears no discernible difference from a standard version of Windows Explorer displaying the contents of your hard disk. If you forget that it is actually displaying the contents of the mounted restore point and attempt to perform other file operations, such as deleting or moving files, you could inadvertently damage the restore point.

When you are finished, just close System Restore Explorer.

Using System Restore Explorer to restore files from a recent restore point is easy and can be a real lifesaver. Are you likely to use System Restore Explorer? Have you used it before? As always, if you have comments or information to share about this topic, please take a moment to drop by the TechRepublic Community Forums and let us hear from you.