The Windows 7 version of the Windows Features tool allows you to remove more than just optional features. 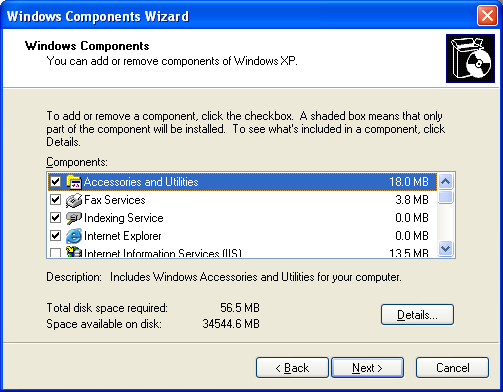 In XP, the Windows Components allowed you to remove a very limited number of components from the operating system.

Sign up today
In Windows Vista, the utility was renamed Windows Features and the user interface was streamlined with a single tree structure, as shown in Figure B. And while it allowed you to disable more than Windows XP did (mainly because it had more optional features), it still did not allow you to remove features that Microsoft considered main features of the operating system. 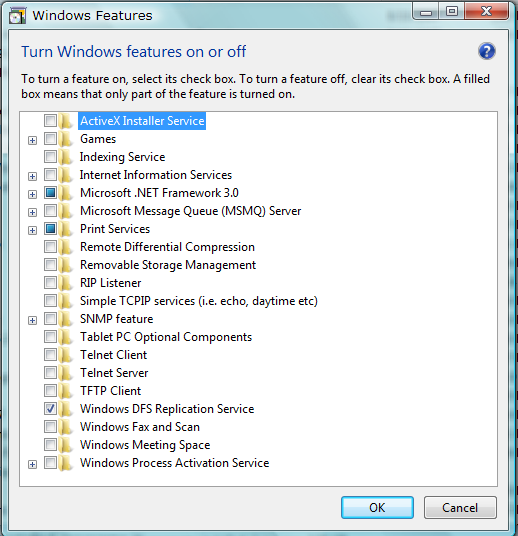 In Windows Vista, the utility was renamed Windows Features.

However, the Windows 7 version of the Windows Features tool allows you to remove more than just optional features. For instance, you can remove such core features as Windows Media Player or Windows Search, as shown in Figure C. 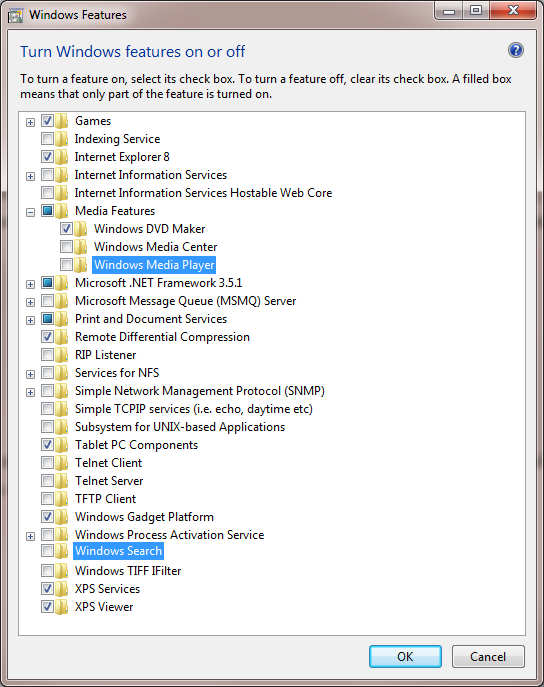 However, as you can see, when you remove one of the core features like Internet Explorer, you see a message that warns you that some features in Windows might be affected. However, in most cases any program that uses the Internet Explorer HTML rendering engine to display information should continue to work just fine. Click the Learn More link to get more detailed information on what to expect after disabling the feature. 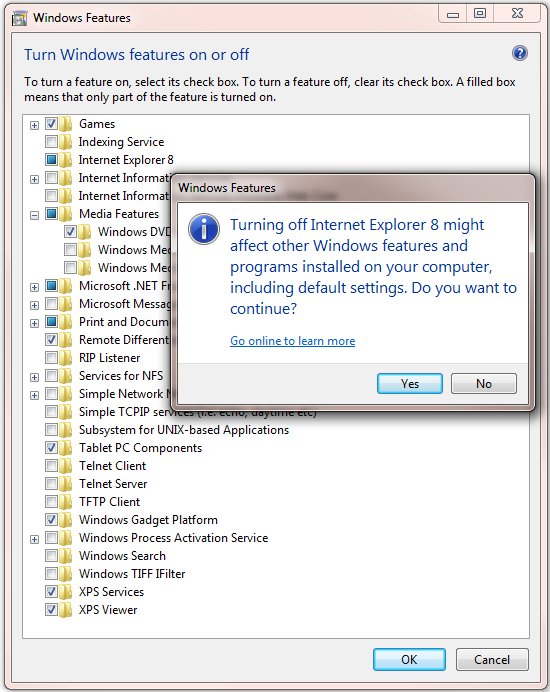 You can even remove Internet Explorer 8.

This means that if you would rather use FireFox or Chrome as your main Web browser and never have to see the Internet Explorer icon you can just clear the Internet Explorer 8 check box to turn it off. If you would rather use Nero to burn your DVDs, you can clear the Windows DVD Maker check box. If you don't have a need for Windows Media Center, you can turn it off. If you prefer iTunes, disable Windows Media Player. And there's more that you can remove. Hate Gadgets? Just clear the Windows Gadget Platform check box and never see them again. Want to standardize on the PDF format? Clear the XPS check boxes.

The list of items in the Windows Features tree is quite expansive. In fact, there are more than 100 items in the full tree -- too many to list and describe here. But don't worry. Many of the item names are self-explanatory, and those that are not, at least hint at their purpose. Fortunately, every item is accompanied by pop-ups that provide brief descriptions and appear when you hover over the item. If that isn't enough, you can always Google the item name and see what turns up.

What exactly does Turn Off mean?

In fact, when a feature's check box is cleared in the Windows Feature list, it is not available for use. This means that it will not appear on the Start menu or anywhere else in the operating system. Furthermore, the files (binaries and data) are not loaded by the operating system even though they remain on the hard disk.

For example, if you turn off Internet Explorer, you won't see its icon on the taskbar, the Start menu, or the desktop. And, when you try to open a website or view web content, you'll see an error or nothing will happen unless you install another browser.

The advantage of turning off an installed feature as opposed to uninstalling it is that if, in the future, you change your mind, the feature can easily be turned back on without having to search for a Windows Installation CD.

Some applets not included

Before you get too excited, while you can turn off such core features as I described here, other things such as Notepad, WordPad, Calculator, and Paint are not among the features you can turn off and will stay where they are. Bummer!

Now that you know how the Windows Features tool works, will you use it to turn off certain items? Which items will you turn off? Have you used the Windows Features tool before? If so, what was your experience? As always, if you have comments or information to share about this topic, please take a moment to drop by the TechRepublic Community Forums and let us hear from you.