Greg Shultz shows you how to remove Libraries from the navigation pane in Windows 7 Explorer by editing the registry.

I recently received an e-mail message from a TechRepublic Windows Blog reader concerning a blog post that I wrote back in February, "Be a Power User: Customize the File Management Features of Windows Explorer." In that post, I covered eight techniques that you can use to get more out of Windows Explorer in Windows 7.

One of the techniques that I shared was how to expand the navigation pane. I showed you how to reconfigure Windows Explorer's navigation pane with its five sections--Favorites, Libraries, Homegroup, Computer, and Network, as shown in Figure A--into a more streamlined tree. 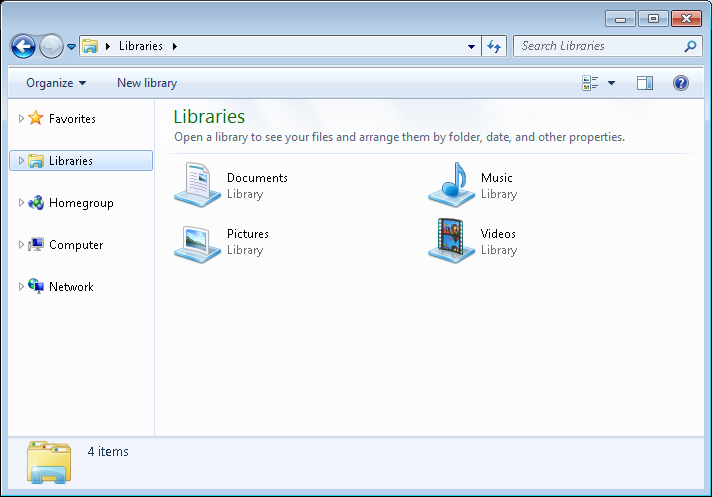 To do this, you just select the Show All Folders check box in the Folder Options dialog box, as shown in Figure B. 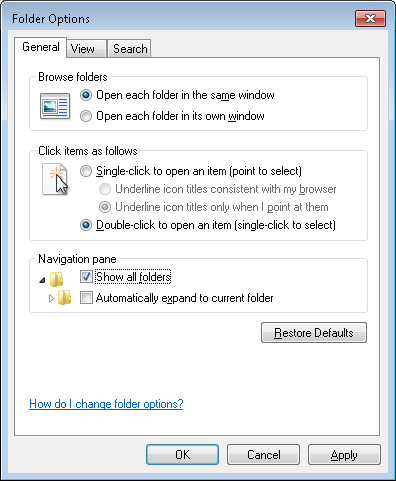 When you do, the navigation pane will contain only two sections: Favorites and Desktop, with the latter containing Libraries, Homegroup, your User folder, Computer, Network, as well as Control Panel and Recycle Bin, as shown in Figure C. 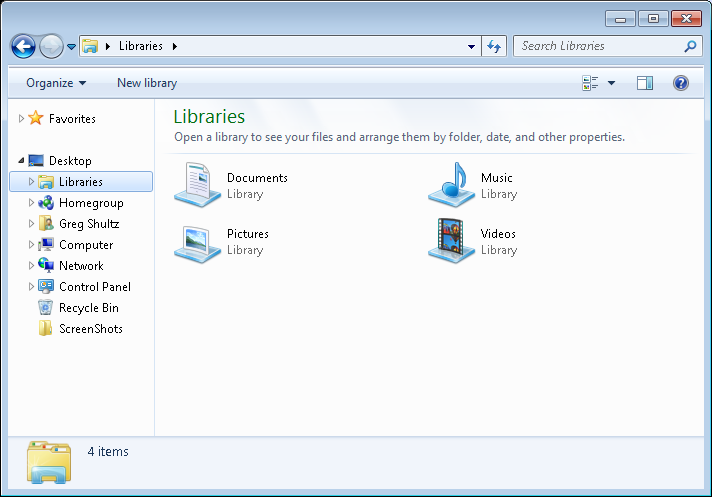 The navigation pane is more streamlined and now contains the Control Panel and Recycle Bin.

The reader told me that while reconfiguring the navigation pane so that Libraries were not as prominent was a good trick, what he really wanted to be able to do was to remove Libraries altogether. After a bit of investigation, I discovered that it is possible to remove Libraries from Windows Explorer with a couple of Registry tweaks.

In this edition of the Windows Desktop Report, I'll show you how to remove Libraries from the navigation pane in Windows 7's Windows Explorer by editing the registry.

Keep in mind that even though Libraries will be removed from Windows Explorer, they will still be available and will show up in various places such as in the Open and Save dialog boxes of your applications.

Before you begin, keep in mind that the Registry is vital to the operating system and changing it can be dangerous if you inadvertently make a mistake. As such, you should take a few moments to back up your system by creating a system image in the Backup and Restore tool. That way if anything goes awry, you can restore your system and get right back to work.

When the Registry Editor appears, navigate to the following folder

When you get there, right-click on ShellFolder and select the Export command, as shown in Figure D. (Take note of the Permissions command as you will use it in the next step.) 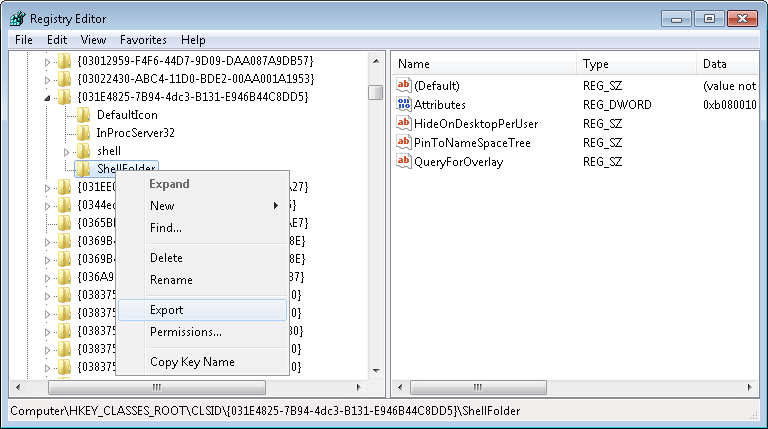 You'll use the Export command to make a REG file that you can later use to restore the Libraries feature to Windows 7.

When you see the Export Registry File dialog box, choose the folder in which you want to save your REG file and then name the file Show Libraries, as shown in Figure E. You can use this file later to restore the Libraries feature to Windows 7. 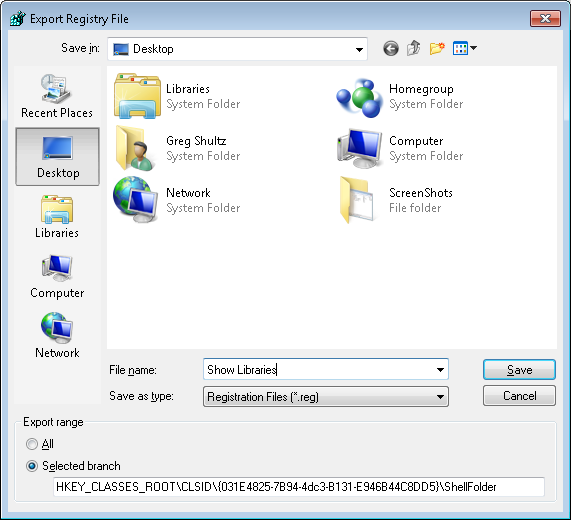 Save the file with the name Show Libraries so that you can find it easily when and if you need it. 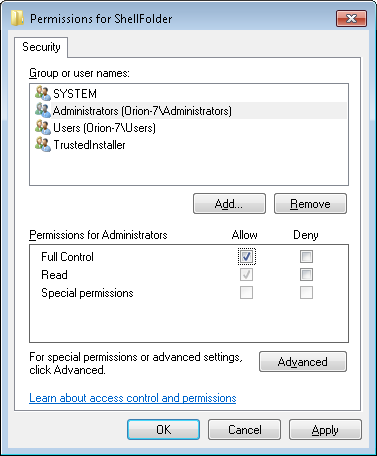 You must set Permissions for Administrators to Full Control so that you can change the contents of ShellFolder.

Now, right-click on the Attributes value and select the Modify command. When the Edit DWORD (32-bit) Value dialog box appears, you'll see that the default Value data setting is:

Now, press Backspace to remove the value and type the new value, as shown in Figure G: 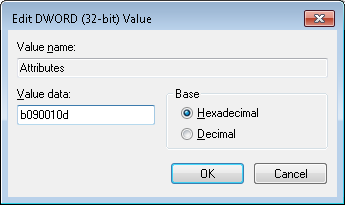 Now click OK, close the Registry Editor, and then log off your session. When you log back on, you'll see the Libraries no longer show up in Windows Explorer, as shown in Figure H. 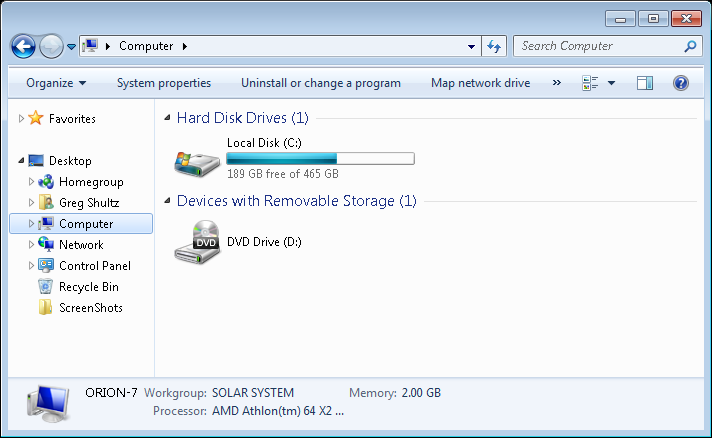 Libraries no longer show up in Windows Explorer.

Do you find having Libraries in Windows Explorer to be a nuisance? Will you use this technique to remove them? As always, if you have comments or information to share about this topic, please take a moment to drop by the TechRepublic Community Forums and let us hear from you.