Greg Shultz shows you the proprietary power plan settings on his ASUS notebook running Microsoft Windows Visa and explains how they work and can be applied to any notebook.

My Windows Vista laptop bit the dust last week due to an unfortunate accident, and I was forced to make a decision about my next portable system. As I mentioned in last week's article, I have been toying with the idea of getting a netbook. However, I always had planned that my portable computing environment would consist of both a laptop and a netbook.

Since I would really like to buy a netbook with Windows 7 on it -- whatever version Microsoft decides they will put on netbooks -- I decided to get another Vista laptop for now.

The laptop that bit the dust was an ASUS F3 Series system that I really liked a lot. So, I put out some feelers, and through a friend of a friend of a friend, I was able to find a slightly used one just like it -- same model and same hardware configuration.

After I installed Vista Ultimate and restored my data, I began configuring the system to make it look and feel as much as possible like my old one. I'm a creature of habit, and I really wanted this one to be just like my dearly departed laptop.

When you double-click on Power Options in the Control Panel, you'll see the Power Options page, shown in Figure A. As you can see, there are seven power plans to choose from -- four proprietary ASUS Power4Gear power plans and Vista's three default power plans. 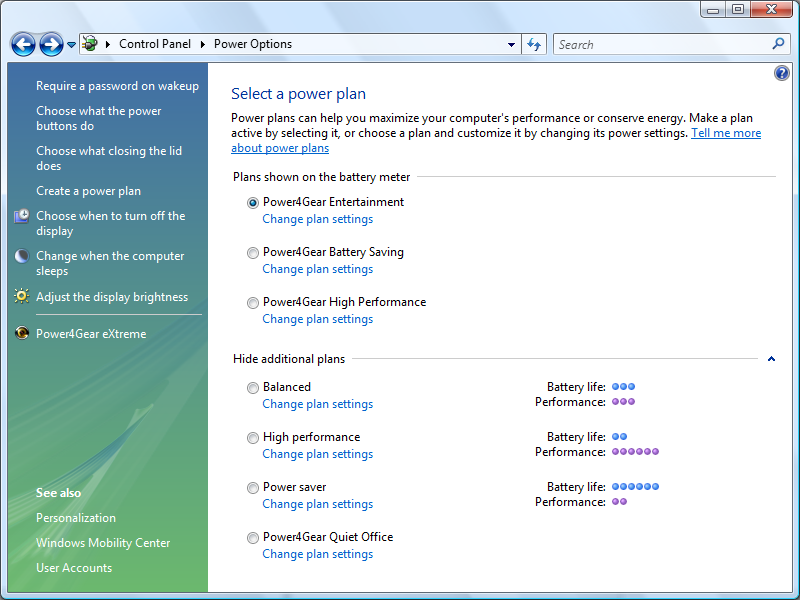 Each of the three default power plans provides you with an at-a-glance graphic ratings for quickly determining the energy savings and performance of each plan.

The four proprietary ASUS Power4Gear power plans do not have the same graphic ratings, but they are similar to the default power plans, with the added benefit of being specially tuned to the hardware included on the motherboard of this system. 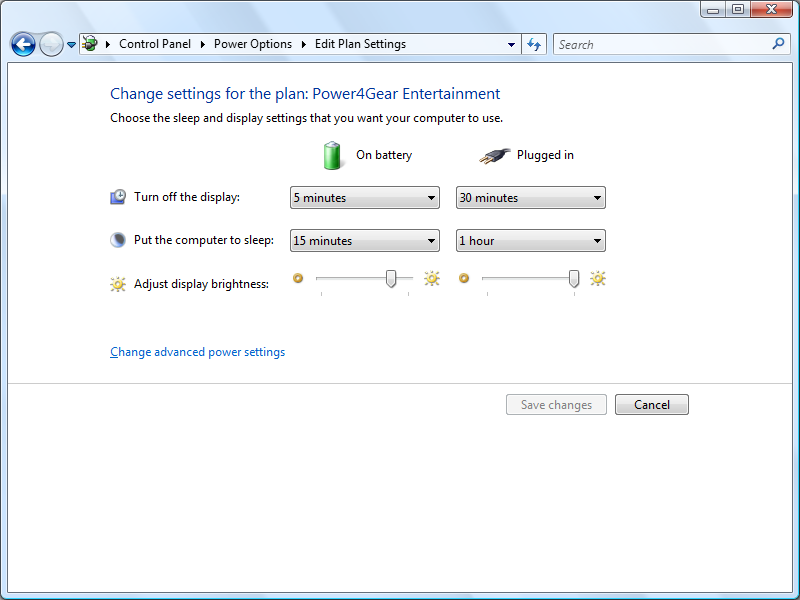 You can alter many of the settings in each of the default power plans.

On this page, you can alter the amount of idle time that must elapse before Vista turns off the display and puts the computer into sleep mode when running on battery and when plugged in to an electrical outlet -- just click the drop-down menu and select a time. You can also determine how much power the laptop monitor consumes by using the Adjust Display Brightness slider. 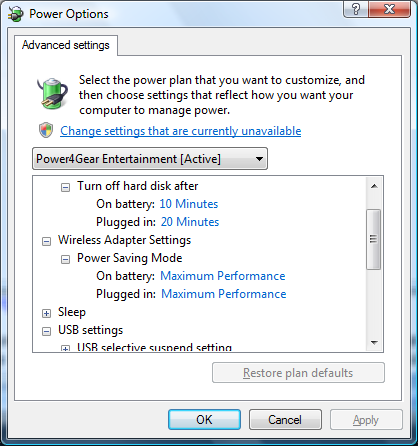 The Advanced Settings dialog box allows you to control power usage on a large number of devices in your system.

As you can see, in addition to the more common power settings, there are a host of power-consuming devices for which you can adjust settings. For example, you can regulate how a wireless adapter consumes power by choosing maximum performance or low, medium, or maximum power savings, as shown in Figure D. 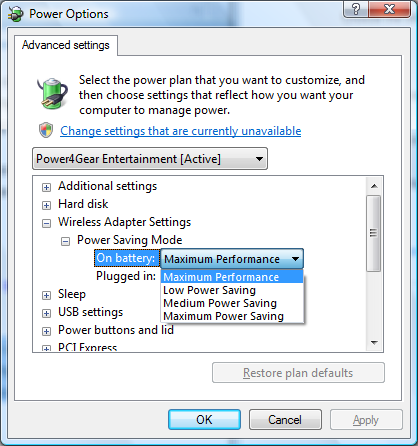 Windows Vista allows you to adjust power-consumption settings for a host of power-consuming devices.

Under the Sleep heading in the Advanced Settings dialog box you'll find a setting called Hybrid Sleep, as shown in Figure E. This is the new sleep mode first introduced in Vista and is designed to combine the resume speed of Standby mode with the power savings of Hibernate mode. The combination manifests itself by reducing the system to a deep hibernation state, yet the system will wake up just a few seconds after you press the [Spacebar]. 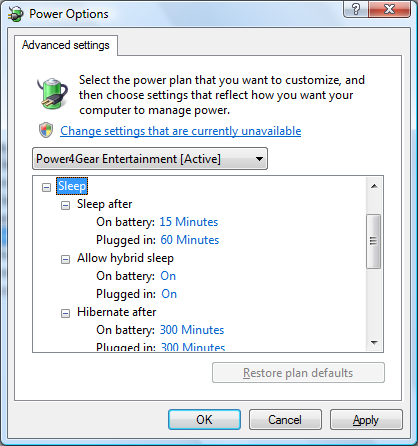 Have you configured Vista's power plans and enabled Hybrid Sleep mode on your laptop? What is your experience? Have you noticed a better balance between performance and power consumption? Does your battery last longer? As always, if you have comments or information to share about this topic, please take a moment to drop by the TechRepublic Community Forums and let us hear from you.