While some may still express doubt, TechRepublic members fully expect to see a Windows 8 tablet device in retail stores in 2012.

Microsoft Windows 8 looms on the horizon, and only time will tell if this latest version of the Windows operating system will be a success or not. When it comes to Windows 8, there are many skeptics and naysayers predicting a disaster.

However, an overwhelming number of respondents to a TechRepublic poll taken in January 2012 believe that there will be a Windows 8 tablet device in retail stores before the end of 2012. The poll respondents are generally split on how successful Windows 8 tablets will be, but they are very confident that such devices will at least exist. 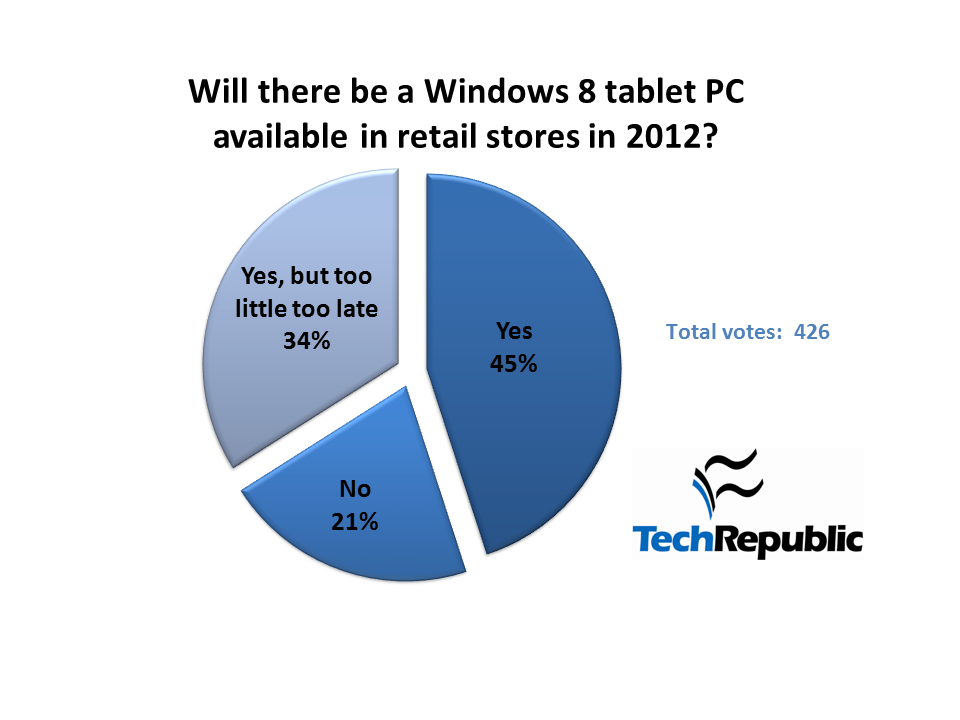 Unlike many who have emailed or sent me messages via the discussion forums, I do not have a predisposition to hate Windows 8. In fact, I think it has great potential for tablets, phones, and all manner of mobile devices. I am not convinced Windows 8 or the Metro UI will have any benefit for desktop PCs, but I am willing to wait for at least a beta version before I draw any conclusions.

Are you going to make time for the Windows 8 beta that is supposed to be available at the end of February?