Ugly or not, Deb Shinder argues that the new Windows 8 logo accomplishes its primary objective.

I recently wrote about what the role of a name is in a company's or product's branding and how the right moniker can contribute to the success or failure of a brand. Another important aspect in creating brand recognition is the logo, which is a graphic representation designed to identify a particular product line or an organization as a whole.

Companies put a huge amount of money into developing logos that will create an instantaneous positive image in the minds of customers or potential customers. They also go to great lengths to legally protect and restrict the use of their logos through the trademark registration laws. Sometimes a logo consists of, or includes, the company/product name, usually in a distinctive typeface, such as the stylized "Coca-Cola" logo. Other times, the graphic is a substitute for the written name, as with Apple's piece of fruit with a bite taken out or Audi's four interlocking rings.

Given the importance that a logo can take on as the visual representation of a company or what it makes/sells, it's no surprise that the recent news that Microsoft is making a significant change to the Windows logo has garnered a huge amount of attention and analysis in the tech press. I feel almost obligated to discuss it, since everybody else is weighing in.

Check out this photo gallery to get a refresher on all the previous iterations of the Windows logo.

Ever since Microsoft unveiled the new logo a few days ago, my Twitter feed has been, well, all a'twitter with comments, ranging from high praise to harsh criticism. Tony Bradley calls the new logo "Pure Genius," even if only because it has so many people talking. And talking, they are. The Register calls the new logo "bland" and also downplays its importance, noting that nobody buys a Windows PC because the logo looks pretty.

Larry Dignan calls it "Metro happy," says it looks forced, and compares it to a pink shirt. Stephen Chapman doesn't like it at all and suggests that maybe it's just a "placeholder" for a later, more finished incarnation. Some of the less formal tweets have been far less diplomatic, with some of the comments not fit to print in a family publication.

Unfortunately, according to at least one poll, those who like the new logo are outnumbered almost 3 to 1 (at the time of this writing).

Sometimes a logo is just a logo

There has been a great deal of effort put in to analyzing (and in some cases, I think, overanalyzing) the change. TechCrunch interprets it as a signal of Microsoft's intent "to cut itself off from the last 20 years of its most widely-used and widely-recognized products." Forbes sees the new logo as an inverted version of the Finnish flag and postulates that since Finland has a reputation for a superior education system, maybe the logo "is a subtle nod to Microsoft's interest in getting into the education market" (I thought they were already there).

Some see the new design as a return to the look of the Windows 1.0 logo, perhaps signifying a return to the company's "roots." Many commentators have pointed out that the new logo looks more like a window (in contrast to the "flag" that it had morphed into over the years), but I haven't seen anyone point out that this comes at a time when the Windows interface is actually moving away from the concept of windows on the desktop. Thus it seems to make more sense to me to interpret it as a set of tiles, instead of a window. Maybe those are grout lines rather than panes.

But does it really matter? If the logo makes you think "Windows 8" and if "Windows 8" conjures up good associations in your mind (easy to use, fast performance), nobody cares what those squares are supposed to actually be. How many people realize that the Cisco logo is supposed to be the golden gate bridge? Is it at all obvious that the Mercedes Benz logo symbolizes the company's dominance over air, land, and sea? Who knows or cares that the Chevrolet logo was inspired by either the Swiss cross or the wallpaper in a French hotel? What does a peacock have to do with television broadcasting?

I would argue that the most successful logos are those that represent nothing except the companies/products with which they're associated.

Among all the complex analyses of the meaning of the new logo also come the inevitable accusations that Microsoft is just "copying Apple" by simplifying the logo design. But Apple doesn't own the trend and didn't even start it. Look at the difference between how elaborate the "International Business Machines" logo was in the 1920s and how much simpler it had grown by the 1940s -- long before Apple even existed.

Simplification seems to be the inevitable evolutionary direction in the logo world, and some predict (perhaps not entirely in jest) that in the future, it may reach ridiculous conclusions.

Interestingly, one of the elements of a logo that can be trademarked is its color scheme. Trademark infringement lawsuits have been filed over companies using the same color in their logos or packaging as another company. Would we think of McDonald if we saw double arches that were green instead of golden? Would a Coke taste the same from a blue labeled bottle or can?

So, one of the most interesting characteristics of the new Windows 8 logo, to me, is the fact that the users themselves will be able to control the color of the logo. At least in the computer's interface, the color will change depending on the color theme that you select.

I like that. I've complained long and loudly that what I don't like about the Metro interface as implemented in Windows Phone is the lack of choice that it gives users. Anything that reverses that and allows me to have more control over the look of the interface is a good thing in my book.

The power of a good logo 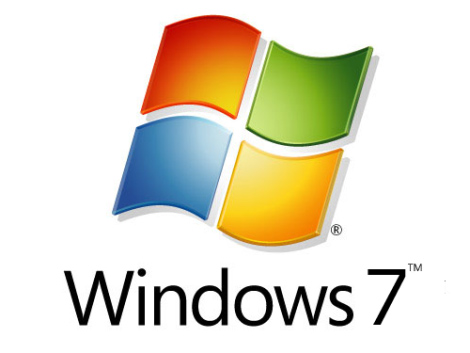 Last week, my husband and I were in Nivelles, Belgium, for TechDays Europe 2012. The first day we were there, he was looking on the web for a nearby grocery store, but the results showed nothing closer than 19km away. I was looking out the hotel window and pointed across the street. "I think there's a Food Lion" right over there, I told him.

He thought I was nuts, because the sign didn't say "Food Lion" -- it said "Delhaize" -- but I would know that unique stylized logo anywhere. I looked it up on the web and, sure enough, Delhaize Group is a Belgian company that operates stores under the "Food Lion" name in the United States. That monochromatic outline of a lion isn't the most attractive rendition of a big cat that I've ever seen, but it accomplishes its purpose; anyone who has seen it knows what it symbolizes.

That should be Microsoft's goal with the new Windows logo. Those who complain that it's ugly are missing the point. It doesn't have to be a work of art. In fact, the more artistic it is, the less likely that it will be instantly recognizable, through the rain, on the other side of the street, when you can't read the words accompanying it. It doesn't have to "get the perspective right." It doesn't have to "make sense." All it needs to do is make us think "Windows 8."

It does that for me.

Comment and share: The new Windows logo: It's not as bad or as good as you think