Greg Shultz takes a closer look at some of the changes and new features in Windows Explorer in the Windows 8 Consumer Preview.

Soon after the Windows 8 Developer Preview was released on September 13, 2011, I began investigating the new Windows Explorer, which had been endowed with a Ribbon toolbar. Of course, we all remember that we were first introduced to the Ribbon toolbar in Office 2007. And, when Windows 7 was released, we found the Ribbon in WordPad and Paint, two applets whose UIs had remained virtually unchanged for 14 years. The Ribbon then appeared in Windows Live applets, such as Movie Maker and Photo Gallery. So I guess that it was inevitable that we would see more of the Ribbon in Windows 8.

Keep up with all the news about Windows 8.

With these goals in mind they determined that the Ribbon would be the best way to go. Another benefit of using a Ribbon for Windows Explorer is that it lends itself well to a touch interface. Microsoft also promised that this new version of Windows Explorer would provide a level of customization like we had in the Windows XP's version with the Customize Toolbar feature.

During my exploration of the Windows 8 Developer Preview's version of Windows Explorer I was truly impressed that it had such great features and that it was so solid -- especially at such an early release stage. However, from reading Steven Sinofsky's August 29, 2011, blog about Windows Explorer on the Building Windows 8 site I knew that the team had already put a lot of time and effort into crafting the new Windows Explorer.

But, there were hints that they weren't yet done with Windows Explorer. I have eagerly been awaiting the Consumer Preview. Now, there haven't been any dramatic changes to the Windows Explorer Ribbon since the Developer Preview, but there are several new features and several subtle alterations. 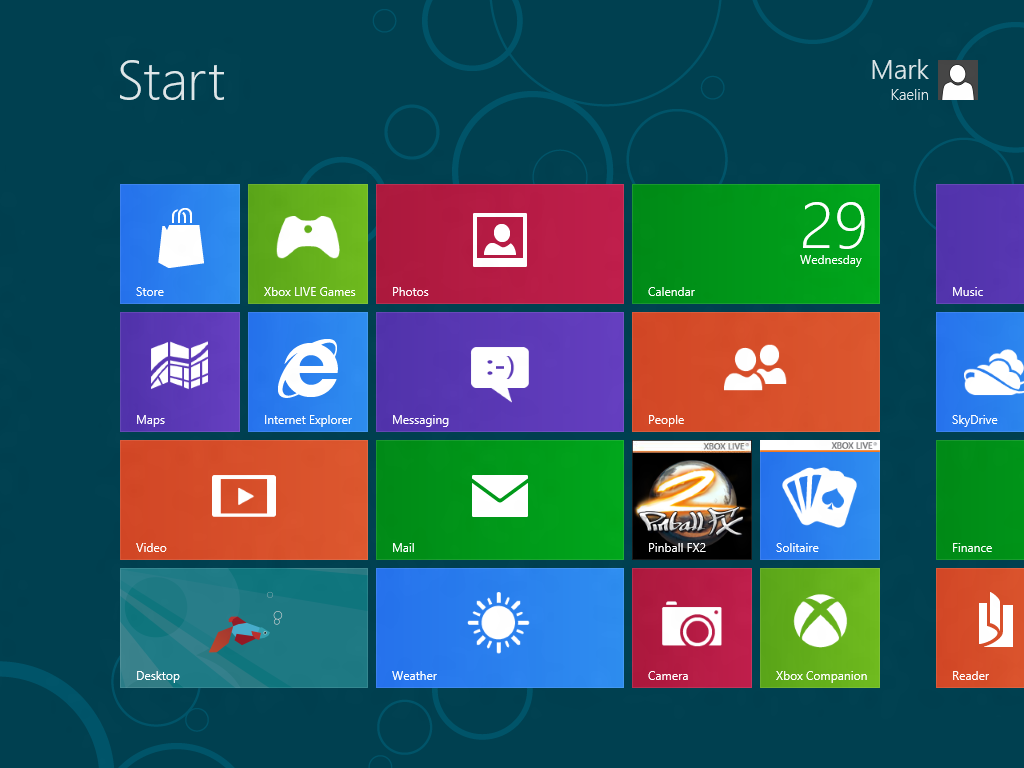 Over the last five months I've become very adept at using the Windows Explorer's Ribbon and have come to depend on it -- so much so that whenever I go back to a Windows 7 or Windows XP system I find myself struggling with the old Windows Explorer interface. The changes that I have found so far in the Windows 8 Consumer Preview's version of Windows Explorer have made it even easier to use.

Of course, I remember that when I first began using the new Ribbon interface it took me a while to adapt, and I know that you will too. However, I can say with confidence that once you get used to it, you'll wonder how you ever got along without its feature set.

The Windows Explorer Ribbon contains the File menu and three Core tabs titled Home, Share, and View that always appear in the Ribbon, as shown in Figure A. There are also a set of colored Contextual tabs that appear based on the type of object that you have selected, such as a location, a folder, or a file, and provide a set of related commands.

For example, when you open the Pictures folder or select a JPG file, the Picture Tools tab appears; when you select a drive in Computer, the Disk Tools tab appears. This system of Core and Contextual tabs is designed to expose close to 200 different file management commands in Windows Explorer without having them buried in numerous nested menus, pop-ups, dialog boxes, or right-click/context menus.

The Up button is back in Windows Explorer. 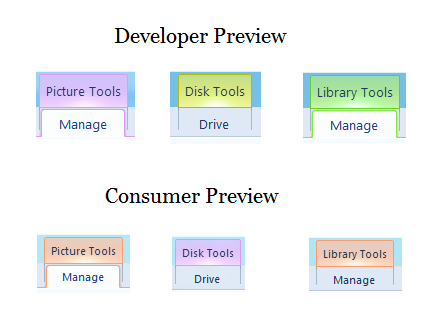 Microsoft changed the color of most of the Contextual tabs in the Consumer Preview.

The File menu is the first item on the Ribbon and is designed to provide you with quick access to some of the more general commands in Windows Explorer. When you access the File menu, you'll see a set of commands on the left side and what is now renamed to Frequent Places on the right side, as shown in Figure D. In the Developer Preview it was called Favorite Places, but Frequent is actually more appropriate because it lists the most recently accessed folders.

As you can see, there are pushpin icons on the right side that allow you to pin locations to the Frequent Places list. This Jump List-like functionality makes accessing regularly visited locations easier to get to. I have begun to depend on this feature for my file management tasks, and I'm sure that, in time, you will too.

You can pin items in Frequent Places to makes accessing regularly visited locations a snap.

When you select a sub-menu, that menu overlays the Frequent Places space and provides you with related options. As you can see in Figure E, the File menu now provides access to PowerShell. As you can imagine, this makes scripting in Windows 8 much more accessible.

PowerShell is now on the File menu.

On the View tab, you'll find a host of commands that you can use to configure the way you want Windows Explorer to display files. Now, you'll also find the Options icon, which has migrated over from the File menu. When you select the Change Folder and Search Options command, shown in Figure F, you'll see the familiar Folder Options dialog box. You'll also see a command called Legacy Toolbars, which sounds interesting. I'm still trying to figure out exactly what that applies to, but at this point in time it is inactive on my system. I've been so enamored with some of the other features that I haven't investigated it in great detail. As soon as I find out, I'll add a post in the discussion area.

You can now access the Folder Options dialog box from the View tab.

Another feature that existed in the Developer Preview and is still present in the Consumer Preview are what I have been calling the Quick View buttons, which appear at the bottom-right corner of Windows Explorer, no matter what tab you have selected. (I'm sure Microsoft has an official name for them.) As you can see in Figure G, these are Details and Large Icons buttons, and no matter what layout view you are currently using, you can instantly switch to one of these views.

These two buttons always appear at the bottom-right corner of Windows Explorer.

There are lots of great features in the Windows Explorer Ribbon that are designed to make file management in Windows 8 that much easier. Have you been using the Windows 8 Consumer Preview? What do you think about the new Windows Explorer Ribbon? As always, if you have comments or information to share about this topic, please take a moment to drop by the TechRepublic Community Forums and let us hear from you.