Navigating Windows 8 with a mouse and keyboard will definitely take some getting used to, but Greg Shultz gives you some hints to get you started.

As I said in last week's post, even though Microsoft Windows 8 with its Metro user interface is primarily designed for use on a touch-screen tablet, Microsoft kept the mouse and keyboard user in mind when they reimagined the operating system. However, navigating Windows 8 with a mouse and keyboard will definitely take some getting used to as the keystrokes and mouse movements are unfamiliar.

While I am now getting more and more comfortable with these new tricks, it took me a while and I constantly had to refer to my cheat sheet. I even went so far as writing some of the keyboard and mouse tricks on yellow post-it notes and sticking them on my monitor. Hey, it works!

When you are in Metro on a touch-screen device, you can access all the App Tiles spread out across the screen by swiping your fingers to the left or right. When you are in Metro and navigating with a mouse, as soon as you move your mouse pointer over a tile, you'll notice that a scroll bar appears at the bottom of the screen, as shown in Figure A. 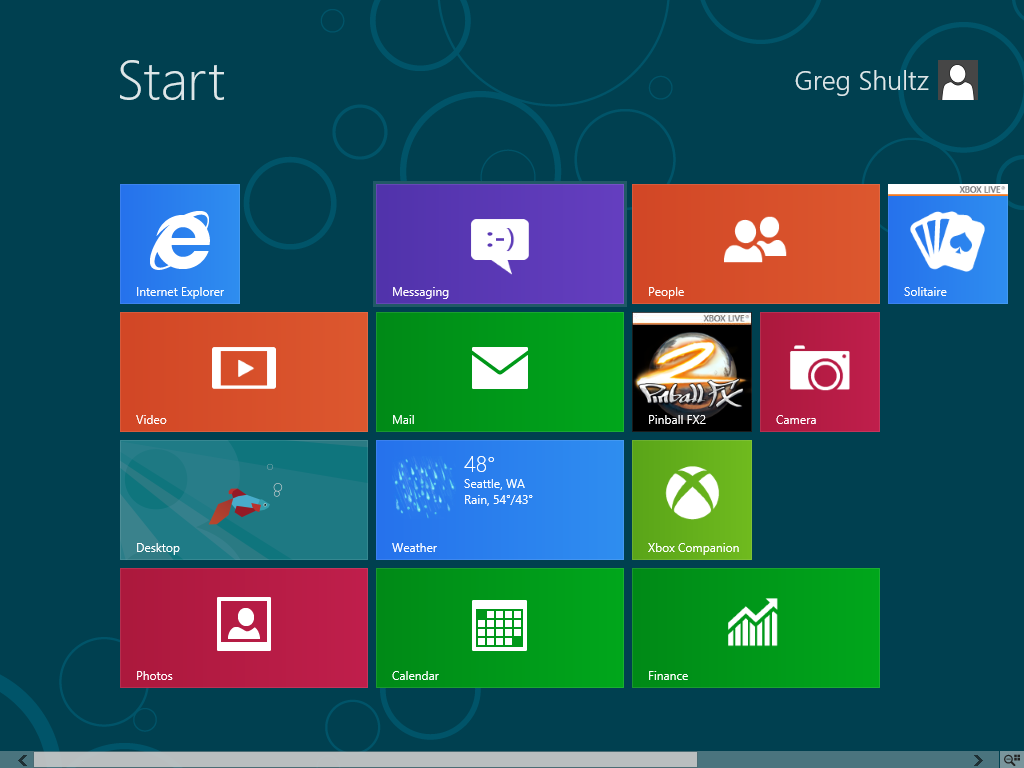 When you move your mouse pointer over a tile, you'll notice that a scroll bar appears at the bottom of the screen.

While you may think that you have to use that scroll bar to navigate Metro with a mouse, that's not the case. All you have to do is move your mouse pointer to the middle of the right or left edges of the screen and Metro will automatically scroll in that direction. You can also scroll Metro by using the wheel on your mouse. And, if you really want to, you can use the Page Up and Page Down keys to scroll through the tiles on the Metro screen.

In addition, Windows 8's touch interface allows you to zoom in and out of Metro using a two-finger pinch-and-expand gesture. Microsoft is calling this the Semantic Zoom feature. You pinch, and Metro shrinks, as shown in Figure B. 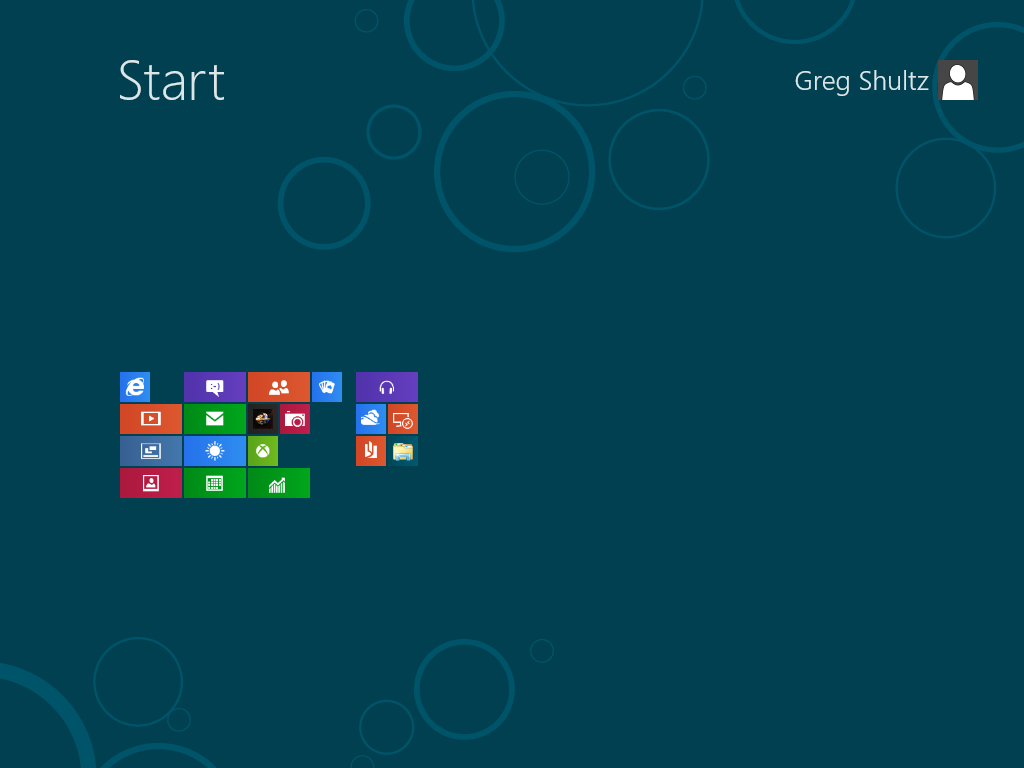 The Semantic Zoom feature allows you to see all the tiles in Metro.

You can also activate the Semantic Zoom feature, by holding down the [Ctrl] key and using the wheel on your mouse.

Task switching with the mouse

Now, if you have more than two things running at the same time, move the mouse pointer to the top left corner. When you do, you'll see a thumbnail view of the next running app. If you click, Windows 8 will switch to that app and the next app running in the background will appear as a thumbnail. Continue to click and you will cycle through, or task switch between, all the running apps.

Rather than clicking to switch to the next app, you can drag that single thumbnail to the middle of the screen to make it the active app.

Now here's another trick. While the single thumbnail is visible in the top left, simply move your mouse pointer straight down along the left edge and you'll see a thumbnail view of all running apps (Figure C) that is very similar to the Live Taskbar Thumbnail feature in Windows 7, but it is anchored to the left edge of the screen. 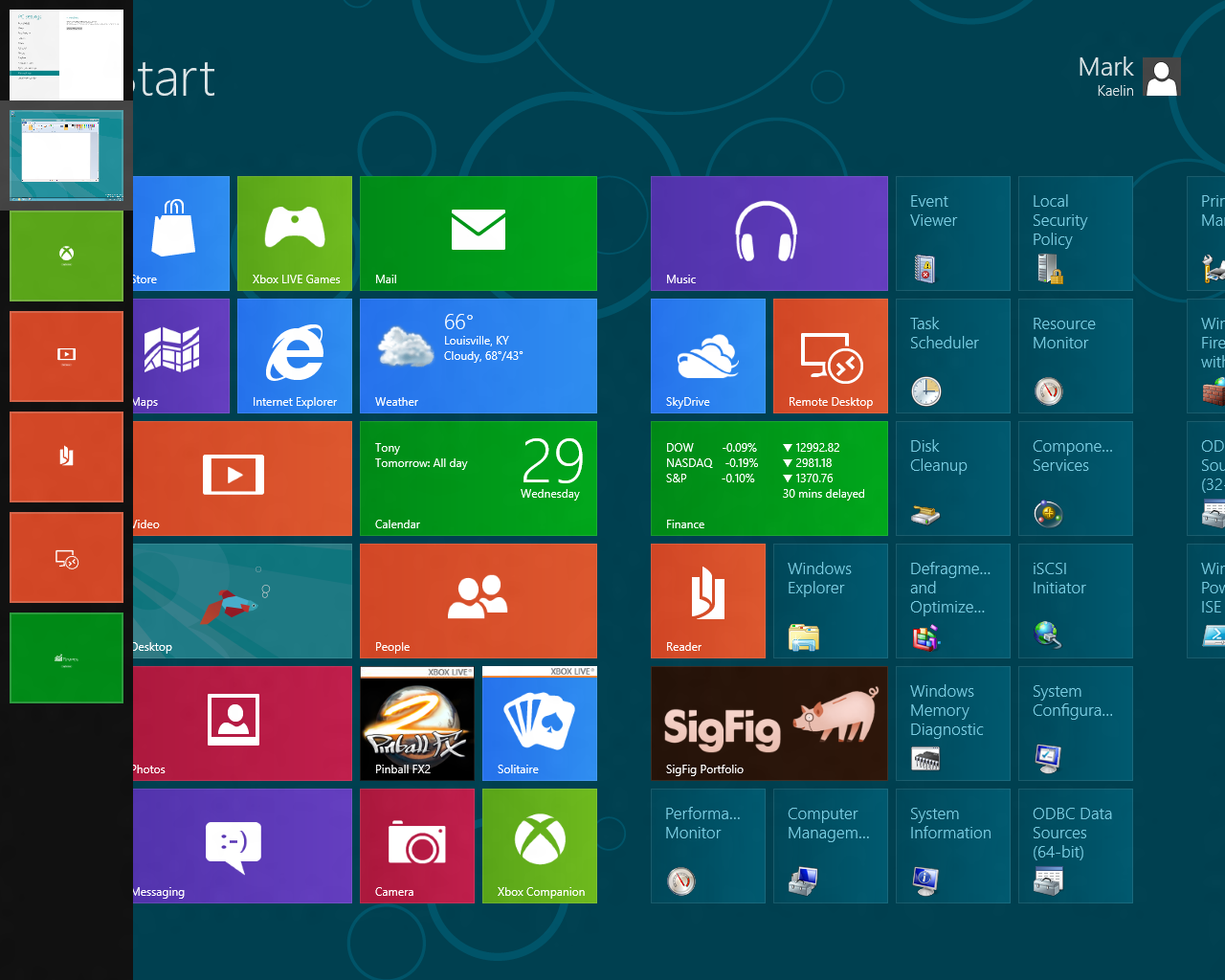 See all the running apps and pick the one you want with a mouse click.

Closing apps with the mouse

Last week, I told you that when you have the thumbnail view of all running tasks on the left side of the screen you can right-click on an app's thumbnail and click the Close button to close an app. Well, there's another way to close an app.

As I mentioned earlier, when you move the mouse pointer to the top left corner a single thumbnail appears. If you want to close that app, just drag the thumbnail to the bottom of the screen where it will disappear and the app will close.

I also told you last week that Pressing [Windows]+[Z] when you have a Metro App running brings up the App bar and that the options that appear on the Apps bar will depend on the app you are running. Well, you can also bring up the Apps bar with a mouse by right-clicking on an empty spot on the Metro screen.

There is a special menu in Windows 8 that I am calling the Windows Tools menu because it contains all sorts of good old-fashioned Windows tools that you might need, such as the Command Prompt or the Run command. To access it, just right-click in the bottom left corner and it will appear, as shown in Figure D. 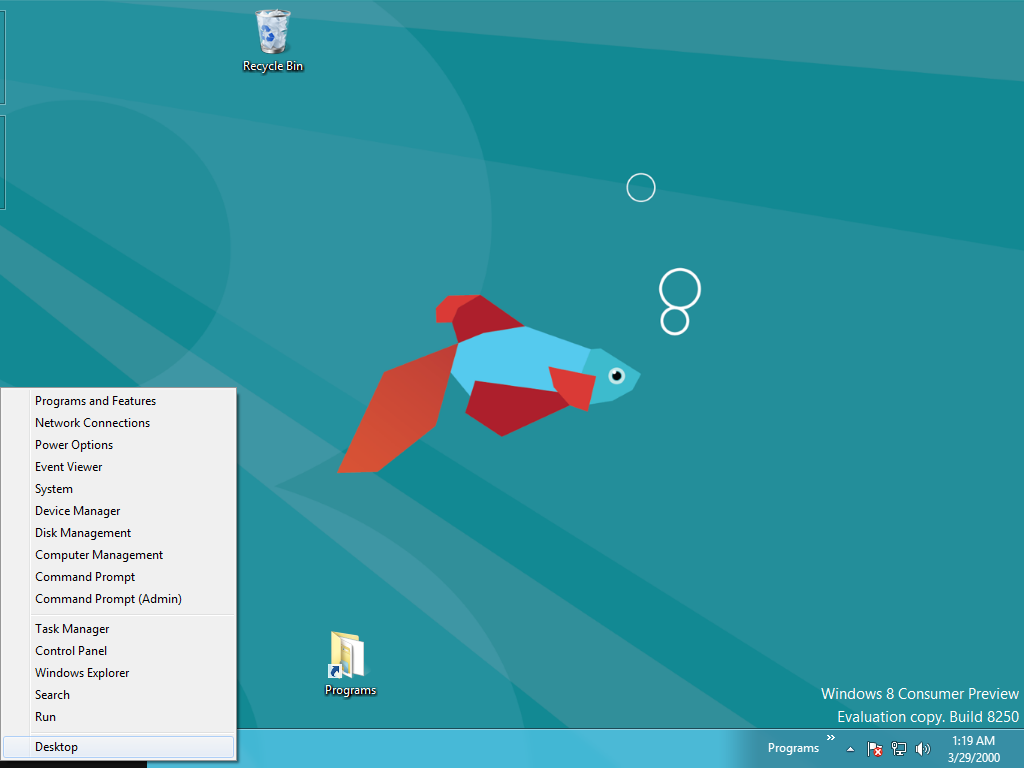 You can also bring up this Windows Tools Menu by using the [Windows]+[X] keyboard shortcut.

Getting used to navigating in Windows 8 with a mouse and keyboard can be tricky. Fortunately, I've discovered several handy mouse tricks that will make navigating in Windows 8 a lot easier once you get used to using them. What do you think about using a mouse in Windows 8? As always, if you have comments or information to share about this topic, please take a moment to drop by the TechRepublic Community Forums and let us hear from you.