TransMac is particularly useful for anyone in a work environment where both Windows PCs and Macs are used together.

Despite the overwhelming market share that Microsoft Windows has on the PC market, Mac OS X still has a nicely sized user base, including many business users. OS X uses its own standard for disk images in the form of DMG files, which in turn have a variety of uses, mainly designed for containing binaries distributed over the web or backups of actual disk partitions. Up until recently, opening or manipulating DMG files in Windows was considered a major hassle, if not an impossibility. But TransMac changes that limitation. 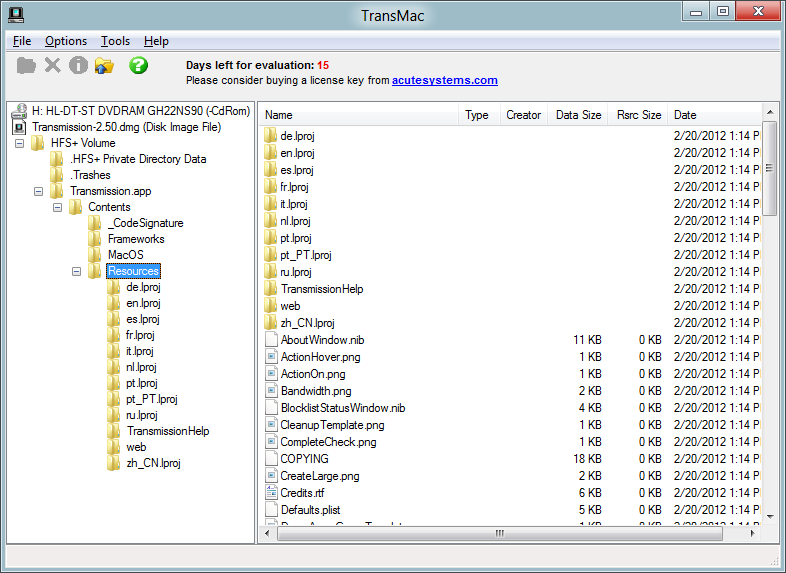 TransMac, a utility developed by the team at Acute Systems Software Solutions, allows you to take any DMG or sparse image file and mount it to view the contents. TransMac also is able to burn DMG images to disc, mount physical partitions formatted as HFS / HFS+, convert to Windows readable ISO files, create brand-new DMG image files for use on a Mac, and so much more. The user interface is decidedly simple and easy to use, containing a list of virtual and physical drives to the left and a file explorer to the right.

Despite the utility's rather large $48 price tag, it can be quite a godsend for IT professionals, particularly for anyone in a work environment where both Windows PCs and Macs are used together.

That being said, TransMac could definitely benefit from the addition of a Windows Explorer shell extension, which would allow you to mount images with a proper drive letter directly within Windows. Adding such a feature not only would give TransMac more capability for the money, but it would also compete well against Mediafour's MacDrive, the leading HFS+ file system driver for Windows. Even so, I still think TransMac is ultimately worth adding to your IT arsenal kit.