In this edition of the Windows Desktop Report, Greg Shultz shows you how the Windows 7's Problem Steps Recorder works and how it can help you troubleshoot.

Last week, I read Brandon LeBlanc's Windows Blog extolling the fact that Microsoft Windows 7 has sold more than 350 million licenses in the 18 months since it was released. Then, this week I saw stunning graphic on the Net Applications site showing Windows XP with a whopping 54.39 percent of the operating-system market while Windows 7 has only a mere 24.7 percent. So, it would appear that even though Windows 7 is selling like hotcakes, it's going to take a lot more sales to overcome the 10-year head start that older brother Windows XP has.

That started me thinking about all the great new Windows 7 features that those folks still running Windows XP are missing out on. For instance, that means that more than half of all the Windows users in the world won't be able to take advantage of the extremely handy Problem Steps Recorder for helping to solve technical support problems.

When started, this new tool will essentially record each and every step a user takes and document the entire operation in both screen captures and step-by-step details. When stopped, the Problem Steps Recorder will save the recorded information as a compiled HTML file and package it up in a ZIP file that an end user can then e-mail to a technician.

In this edition of the Windows Desktop Report, I'll show you how the Windows 7's Problem Steps Recorder works.

To begin a recording operation, you just click the Start Record button. Once the Problem Steps Recorder has begun recording, its title bar flashes the words Recording Now and the icon on the Taskbar shows a red flashing dot. At this point, you can begin carrying out the steps that you want to document.

As you can see in Figure B, I accessed the Control Panel and launched the Power Options tool. If you shift your attention to the Problem Steps Recorder, you'll notice that the Start Record button has been replaced by the Pause Record button, the Stop Record and Add Comment buttons are now active, and a time counter has been displayed. 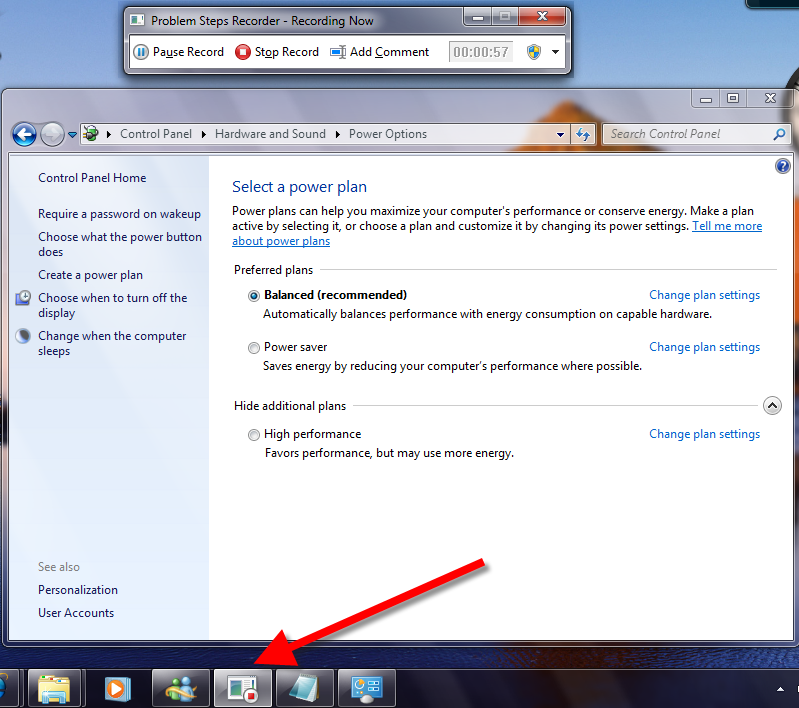 Once you start a recording operation, the buttons on the Problem Steps Recorder change.

Right next to the counter there is a UAC shield icon. Clicking this icon will, of course, yield a UAC that, once responded to, will allow the Problem Steps Recorder to run as an administrator and make it possible to record interactions with programs that are running in administrator mode. In other words, the Problem Steps Recorder will be able to keep running in the background while you respond to the UAC.

Getting back to my example, I clicked the Add Comment button, which allowed me to highlight a particular area of the screen and annotate it with a command, as shown in Figure C. 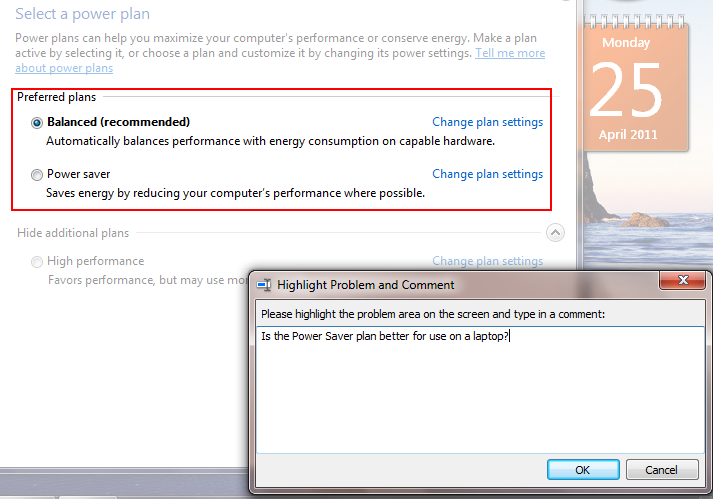 The Add Comment feature makes it easy to annotate the problem area if additional information is required.

Once I finished and closed the Power Options tool, I clicked the Stop Record button. At that point, the Problem Steps Recorder displayed the Save As dialog box, shown in Figure D, and prompted me to name the file, which it then saved as a Zip file. 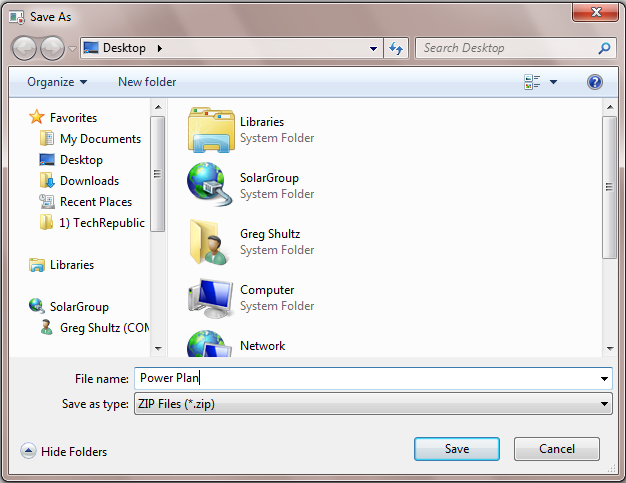 The recorded session is automatically saved in a Zip file.

When you open the Zip file, you'll see the compiled HTML file, as shown in Figure E.

When you open the Zip file, you can see and launch the compiled HTML file.

When you double-click the compiled HTML file, Internet Explorer will launch and display the screen shots along with the step-by-step account of the entire procedure, as shown in Figure F. 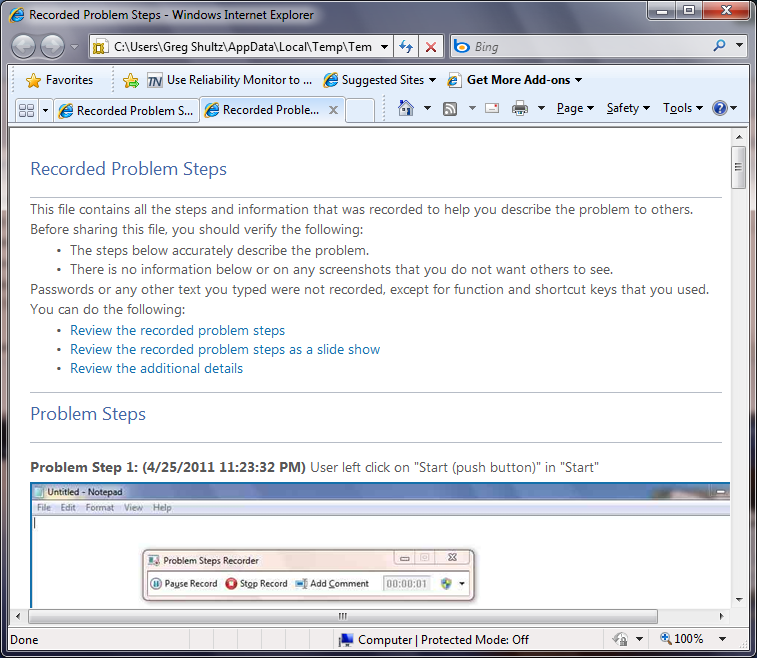 You can then view the entire recorded session with Internet Explorer.

What do you think of the Problem Steps Recorder? Have you used it yet? Will it be something that you will use in Windows 7?