Deb Shinder doesn't think Microsoft can afford to cut corners making Windows 8 for the sake of speed and/or cost and risk not getting it right.

Most of us -- especially those of us who have worked on projects with set deliverables -- have heard and used the saying that goes "Do you want it fast, do you want it cheap, or do you want it right? Pick two." The implication is that you can't have all three, and most of the time, that holds true.

Now Microsoft is faced with a dilemma as the company ramps up to deliver the drastically revamped next generation of Windows. They're under pressure from some corners to do it fast, and there is always a contingent that clamors for them to do it cheaper, but can they afford to cut corners for the sake of speed and/or cost and risk not getting it right? I don't think so.

There's no big hurry to get a new desktop operating system out there. Many individuals and companies are just now in the process of upgrading from XP or Vista to Windows 7 and still getting to know the "new" OS. It was released just two years ago; folks who stuck with XP for a decade are hard-pressed to see any good reason to trade in the current model anytime soon. IDC is already predicting that Windows 8 will be "largely irrelevant to users of traditional PCs."

Windows 7 is a big hit. People like it -- even many of those who swore their undying love for XP. They aren't going to want to give it up without a compelling reason. The average consumer won't mind at all if Microsoft takes its time coming out with a new version of the OS.

On the other hand, the pressure is on for Microsoft to get a Windows 8 tablet into the game. Following the release of a Forrester survey purporting to show that interest in a Windows-based tablet is shrinking, a number of pundits have opined that the window of opportunity is closing fast or that it may already be too late for Microsoft to catch up in the tablet market.

Personally, I have issues with both the research and the conclusions. The survey samples (both in the case of the Q1 survey that showed 46% of respondents interested in a Windows tablet and the Q3 survey showing that number at 25%) were not particularly large. The first was based on 3,835 respondents, the second on only 2,299. Is that really an accurate representation of the millions of potential customers who will be purchasing tablets in the future? 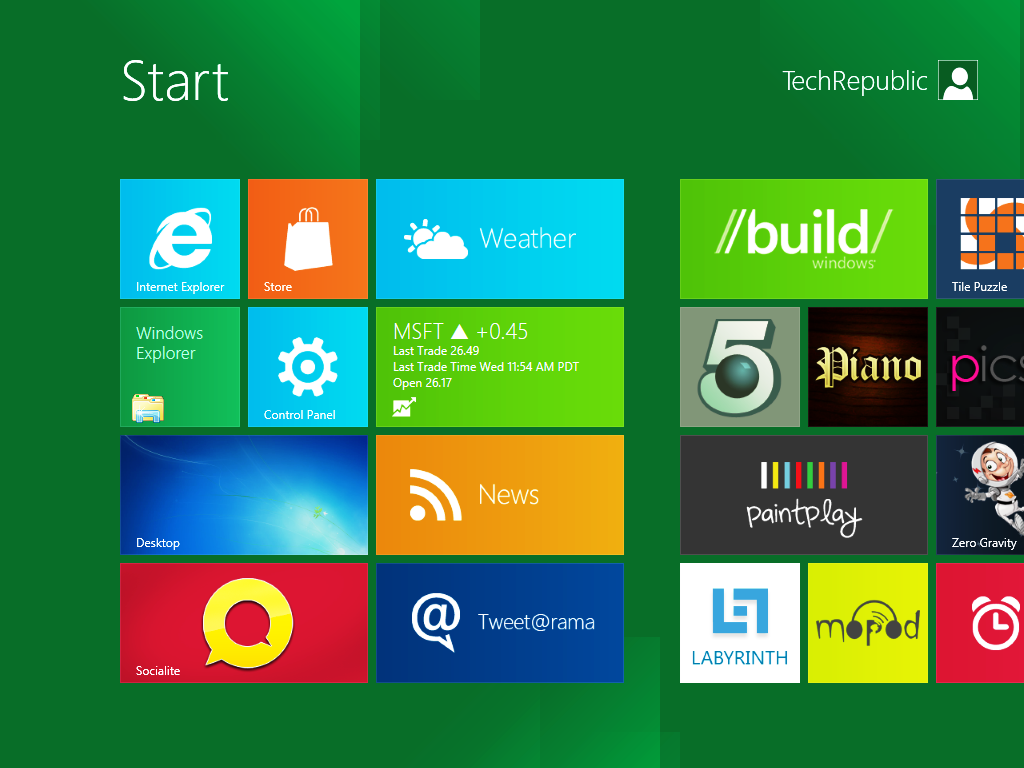 In addition, who decides when a market is "sewn up"? At one point, it seemed "too late" for anyone to beat Apple in the smart phone market, but then along came Android. As I've mentioned many times before, Microsoft has always excelled at coming from behind to take over a market segment (web browsing, word processing, server systems). It's not over 'til the queen-size female vocalizes some music, and I see no reason to assume there's a cut-off date after which the iPad must be declared the official "winner" of the tablet war for the rest of time.

Nonetheless, those at Microsoft are undoubtedly at least a little worried by the numbers. They've been talking about Windows on ARM for quite a while now, and with a deluge of Android slates hitting the shelves this holiday season, you know they're just chomping at the bit to get a horse in that race.

Is the price right?

Of course, these days the comparisons are always with Apple, and we hear endlessly about how "Snow Leopard cost only $29." The problem with that argument is that Snow Leopard wasn't, even by the standards of many Mac fans, really a new version of OS X -- it was more like a service pack. Well, guess what. Microsoft doesn't charge anything for service packs. Just imagine the outpouring of protests if Microsoft had charged $30 for XP SP2, even though it added new features.

OK, what about the cost of OS X Lion, an actual new edition? You can buy it for $69 on a thumb drive. However, you can't compare that to the full edition of Windows, because you can't install it on a computer that didn't already have OS X installed. You can install it only on a Mac, and you can't buy a Mac that comes without an operating system. So you have to compare it to the upgrade pricing for Windows, which lists for $119.99 but can be found for less at some retailers.

Yes, you'll probably still pay a little more for Windows, but for that price you get the ability to install it on the hardware of your choice, including hardware that's much less expensive than the hardware you're forced to buy to run OS X. Oh, and if you're building your own computer, you can get the System Builder's edition, which is the full edition with SP1, for $99.

Then there's Linux, which you can get at no cost at all. You'd think, with pricing like that, everyone would have abandoned both Microsoft and Apple long ago, but Linux still has less than 2% of the market share, according to NetMarketShare's November 2011 statistics. Sometimes there are hidden costs to "free" solutions, and given the number of people I know who have tried some iteration of Linux at one time or another and then came running back to Windows (or bought a Mac), it seems price isn't the overriding factor for most, even in a tough economy.

The importance of getting it right

Microsoft learned from their experience with Vista just how important it is to wait however long it takes to get the software right before releasing it. Or at least, I hope they did. True or not, there is a pervasive public perception that the problems users encountered with Vista (slow performance, lack of expected features such as a new file system) were caused by a rush to market. This is so even though there were five years between the release of XP and the release of Vista, which is the longest interval ever between Microsoft operating system releases.

Rumors are flying about when Windows 8 will be released. A few days ago, Robert Boland reported that unnamed "sources close to Microsoft" say to expect the first Windows 8 beta in February 2012. There has been recent speculation in the press (neither confirmed nor denied by Microsoft) that the final release may be delayed, with the expected 2012 general availability date pushed back to 2013.

On the other hand, eWeek reported that a leaked slide deck indicates that Asus is preparing Windows 8 tablets before the end of 2012. PCWorld says Nokia is planning to launch the first Windows 8 tablet by June. Could it be that the company is focusing its efforts on the tablet market first, the strategy being to fine-tune and release the touch-friendly Metro-based OS on slates significantly earlier than it starts to sell the OS for the desktop?

Personally, I think that's a good idea. Microsoft already owns the desktop with Windows 7; the tablet market is where the company needs to make a mark. But even there, I hope they don't get too caught up in the pressure to put something, anything, up against the iPad and Android devices. I'm as eager as anyone to get my hands on a real Windows tablet, but I'd prefer to wait and see it done right than to see the first Windows 8 tablet suffer the same fate as Vista.

I believe coming out with a first Windows Phone that, despite its elegant UI, lacked so many of the features and functionality that the iPhone and Droids already had was one of many reasons (including the "carrier conspiracy" mentioned last week) that Windows Phone 7 posted such lukewarm sales figures. Even though Mango went a long way toward catching up, sales haven't picked up much. Maybe with their flagship tablet, they should try a different tactic and wait until they have a really spectacular product that works flawlessly upon release -- even if the wait frustrates people like me.