Microsoft has been talking about releasing Service Pack 2 for Windows Server 2003 for a while now, but they only said that it would be available 'in Q1 2007'. With no formal announcement, imagine my surprise when I started up one of the test servers here today and fired up Windows Update: 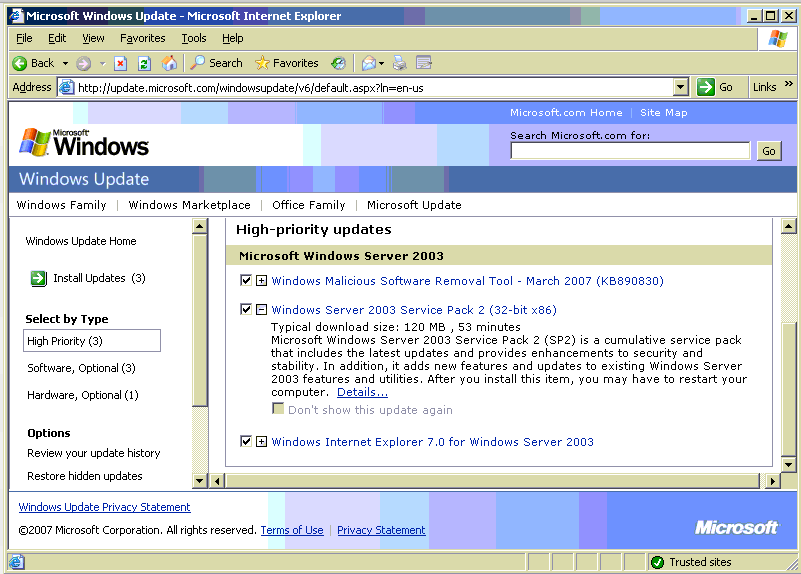 So, being a test server, I decided to install it. It's funny how those Service Packs sneak up on you when you're not looking.