For Windows XP users there is no simple way to add back the Recycle Bin to the Desktop, they have to resort to a Windows Registry file edit.

For many users, the Recycle Bin typically found on the Microsoft Windows Desktop is an important facet of the graphical-user interface and the overall operating system experience. However, under certain conditions, which we will not go into here, the Recycle Bin has been known to disappear from the Windows Desktop. This quirky behavior is no big deal for Windows Vista and Windows 7 users because the fix is just a few clicks away under Desktop Properties.

However, for Windows XP users there is no simple way to add back the Recycle Bin to the Desktop. They have to resort to a Windows Registry file edit. In this How Do I blog post, you will find out what to edit to restore the Recycle Bin icon to the Windows Desktop.

To start the Registry Editor in Windows XP, type regedit into the Run dialog box, as shown in Figure A. 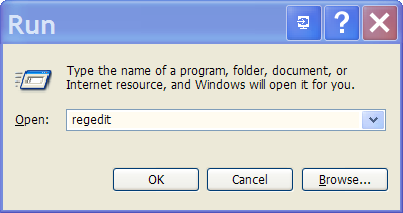 Type regedit in the Run box.

Click OK and you'll open the Registry Editor, as shown in Figure B. 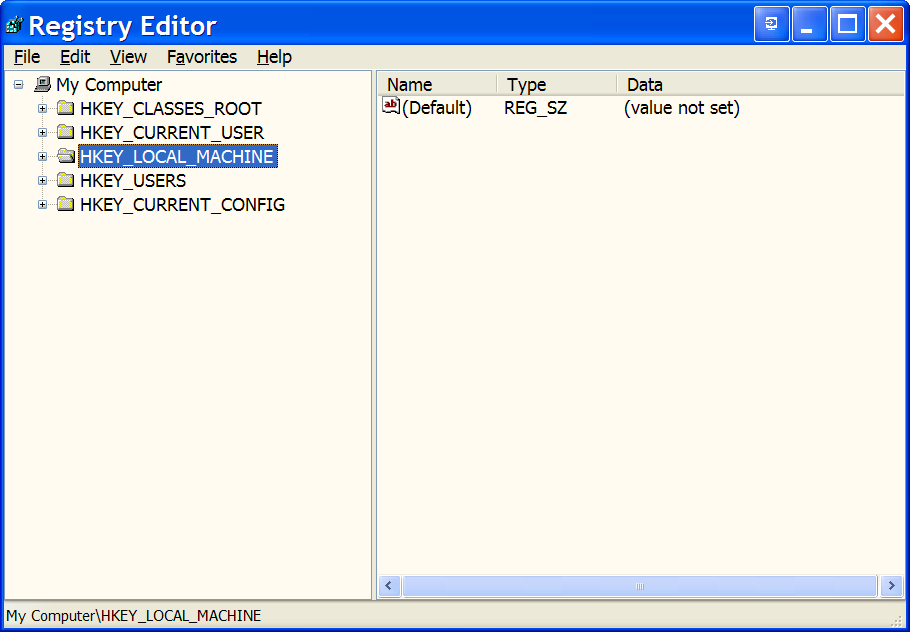 Inside the Registry Editor you will navigate to this entry, as shown in Figure C: 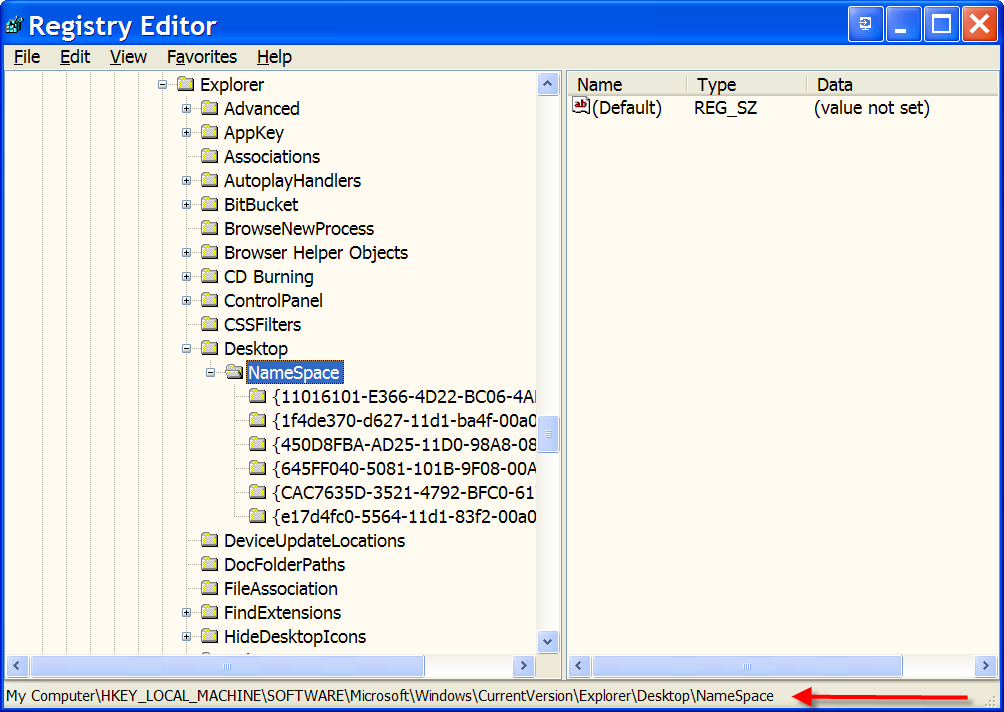 Navigate to this entry.

Right-click on the NameSpace registry key, as shown in Figure D,  and then navigate to New | Key. 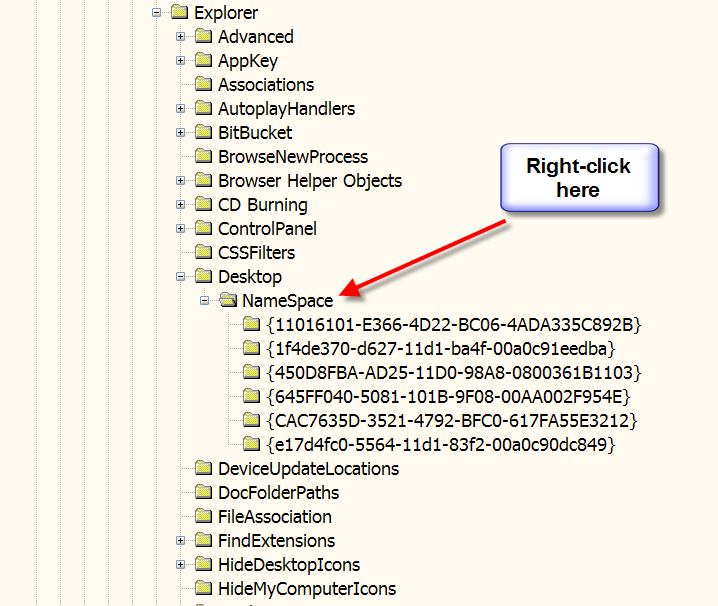 Right-click to create a new key.

Type the following string in the new key (copy and paste it would be your best bet):

You should now have a new registry key, like the one shown in Figure E. 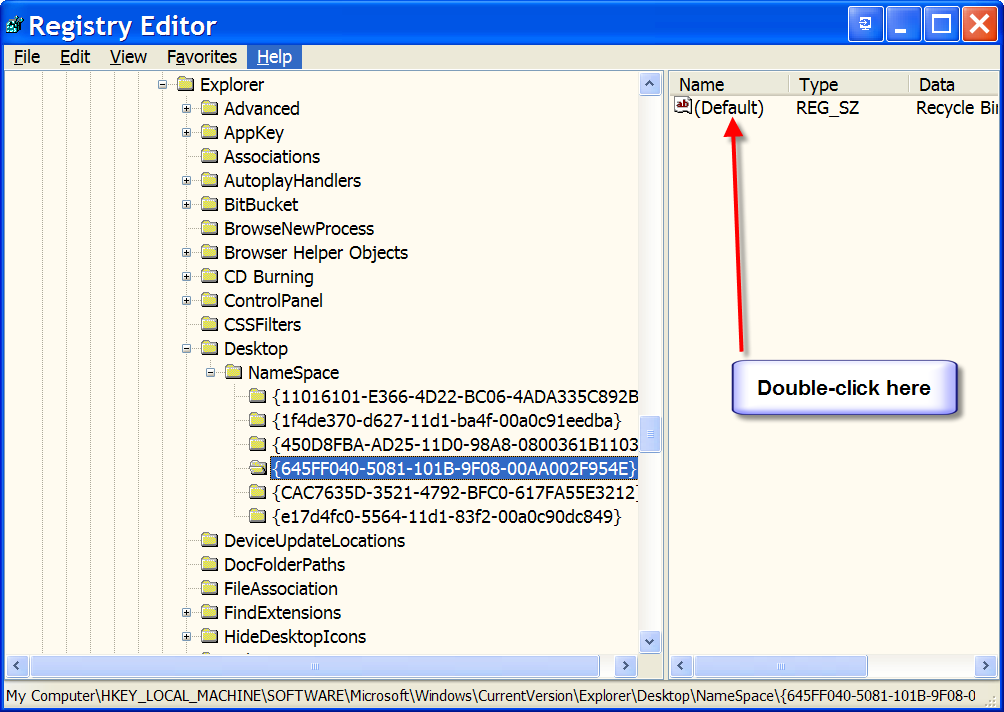 The new key is created.

In the right-hand pane, double-click the Default entry to reveal a dialog box like the one shown in Figure F.

This is the default value.

Change the text in the Value Data box to read Recycle Bin and click OK. You should now have a key with an entry similar to the one shown in Figure G. 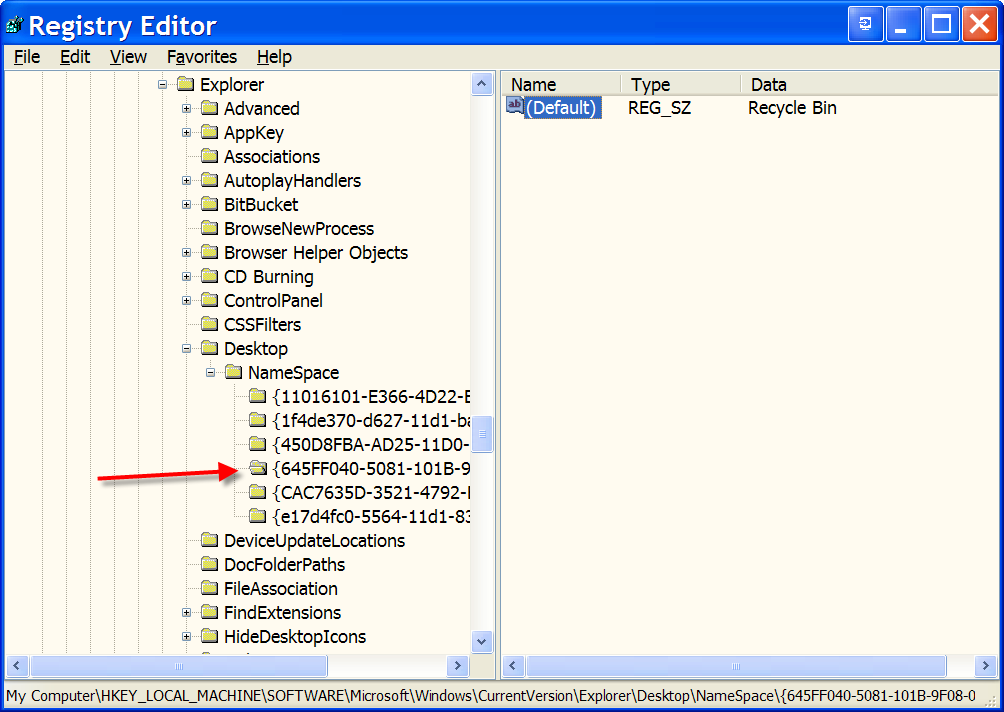 A new key and default entry have been created.

Close the editor and, for the sake of making sure your registry edits were successful, reboot your PC to restart the operating system. When the Windows Desktop reloads, you should have an active Recycle Bin.

Other tweaks and hacks

Have you got any other tweaks, hacks, registry edits, or quirks that you can share with your peers here on TechRepublic? Post them in the following discussion and earn yourself some tech-cred.