There's little more frustrating than having your smartphone run out of charge, not just in emergencies, but anytime. Here are some great items to keep your handheld device charged.

The newest iPhones and Androids have been announced. Whether you have the latest iPhone, a Samsung Galaxy Note 20, or just want to keep your smartphone battery at full capacity, chargers and alternatives are essential. Today's chargers can fit in a pocket or purse, be solar-powered or wireless, or (the reliable standby) plug-in. Here's a sampling of what's available to keep you and your very-relied-upon smartphone charged up and always turned on. 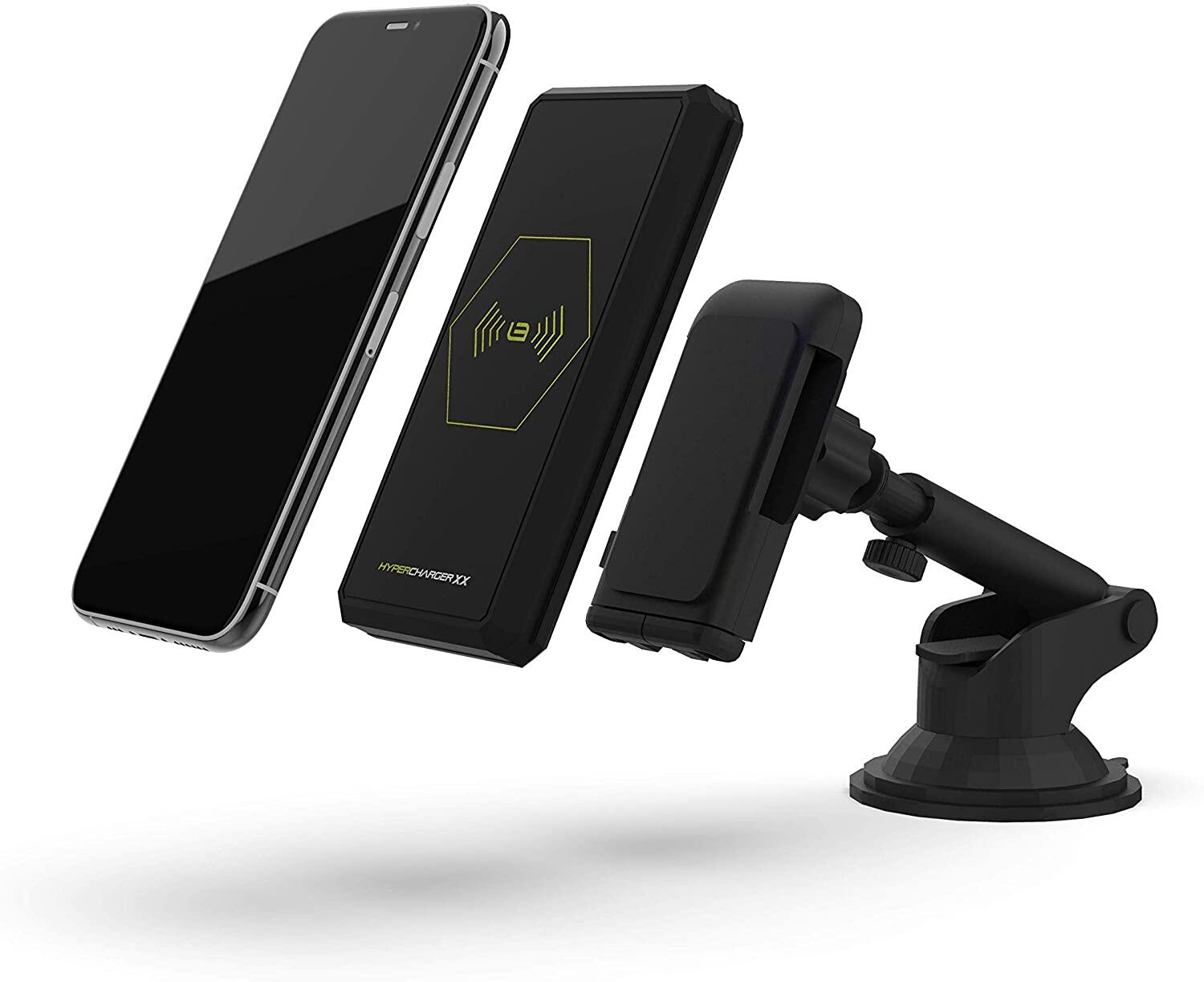 LinearFlux just introduced the HyperCharger XX a mobile 8-in-1 charger. Designed for both Apple and Android phones, it features a variety of ports. It can charge with Qi-wireless charging technology. It can magnetically snap to any smartphone, desk or car magnetic mount using the included magnets. It also features an LED display that indicates the battery capacity and when it is in HyperBoost mode for rapid charging. 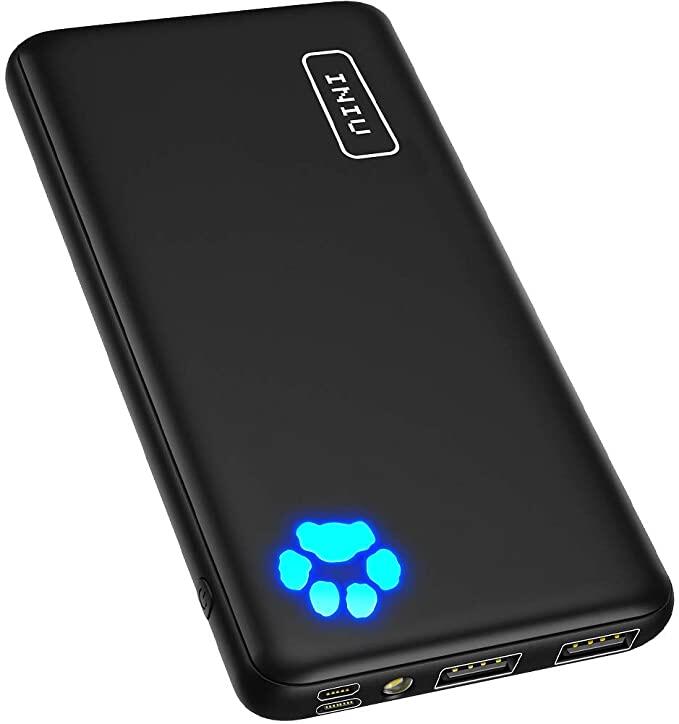 It looks a little like a wireless charger, but this is a super convenient power bank with 10,000mAh,  one in/out plug and two outgoing plugs of USB C. The manufacturer said it can top up an iPhone 8 3.6 times, and a Samsung Galaxy S8 2.3 times.

It comes with a mesh bag, a charging cable (which feels substantial) and this strange wand-like plug-in thing that's a flashlight that is so bright, it looks like it could replace a ring-light for evening YouTube video shoots. The very cute paw-shaped blue light reveals how much power remains before it needs to be recharged. 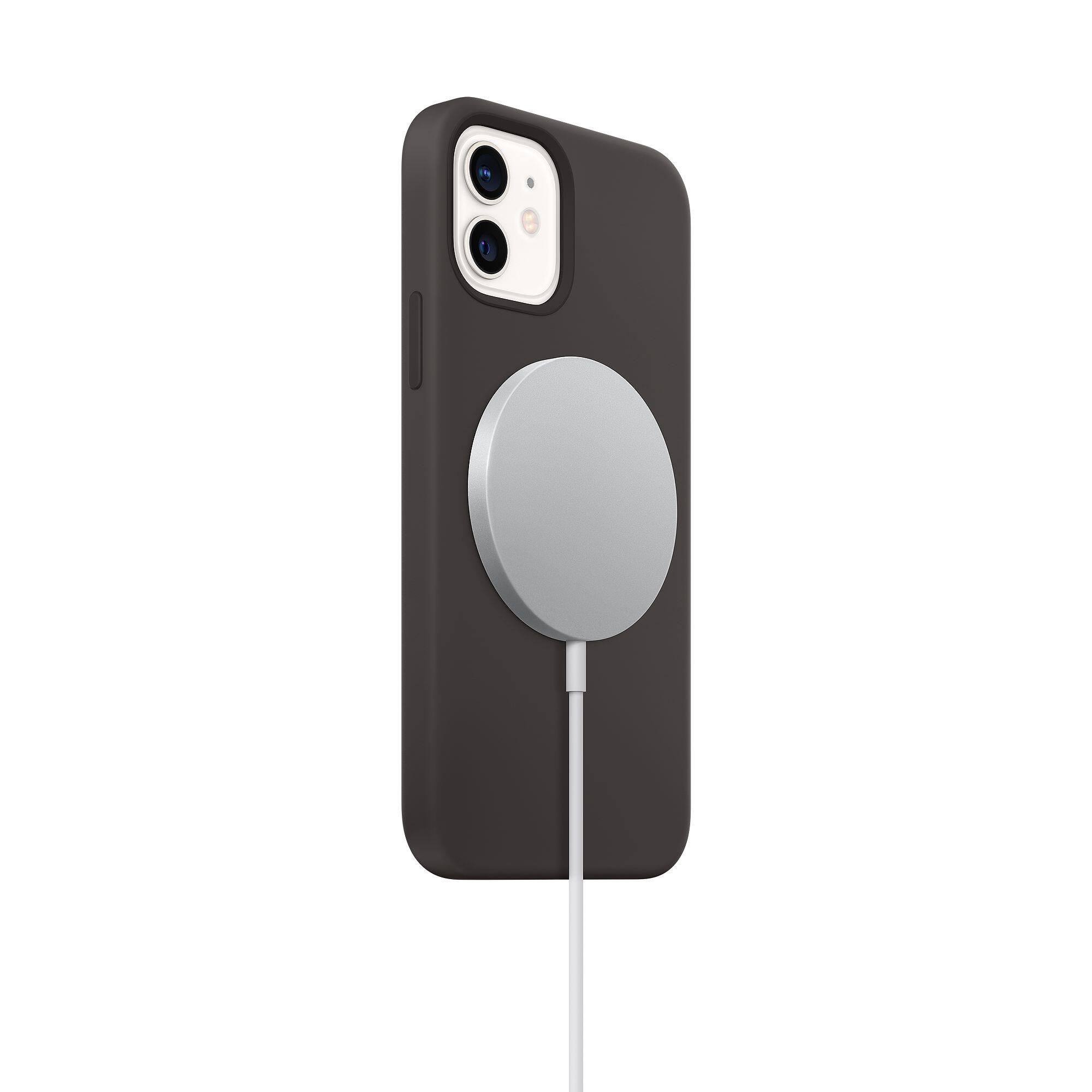 Even if you're looking for a few charger alternatives, iPhone users should always make sure that one of these is in their arsenal. 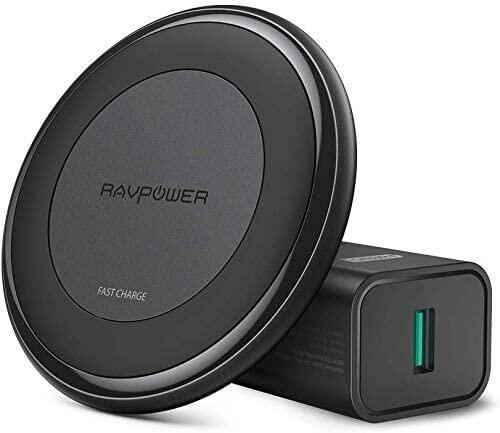 This wireless charger boasts "no annoying current sound" with overcharge protection. The 10W Max comes with a QC3.0 and is compatible with iPhone 8 and above, as well as the Galaxy Note 10, Note10 Plus, S10, S9, S8 and others.

The company says the charger was built with "HyperAir technology" and can provide a full charge from 30 to 80 minutes faster than "ordinary wireless chargers." 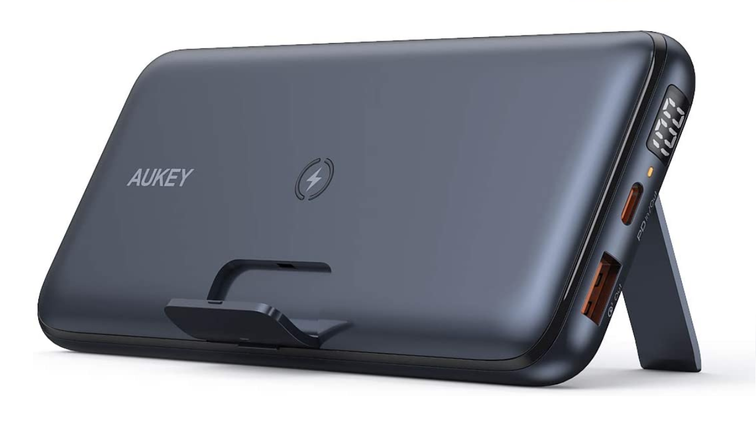 It's two chargers in one! The AUKEY Wireless Power Bank with 18W PD offers both wireless and wired charging. It has 20,000 mAh, a digital readout of the remaining charge, as well as a built-in kickstand. Although it comes with a USB-A to USB-C cable, an adapter is separate. 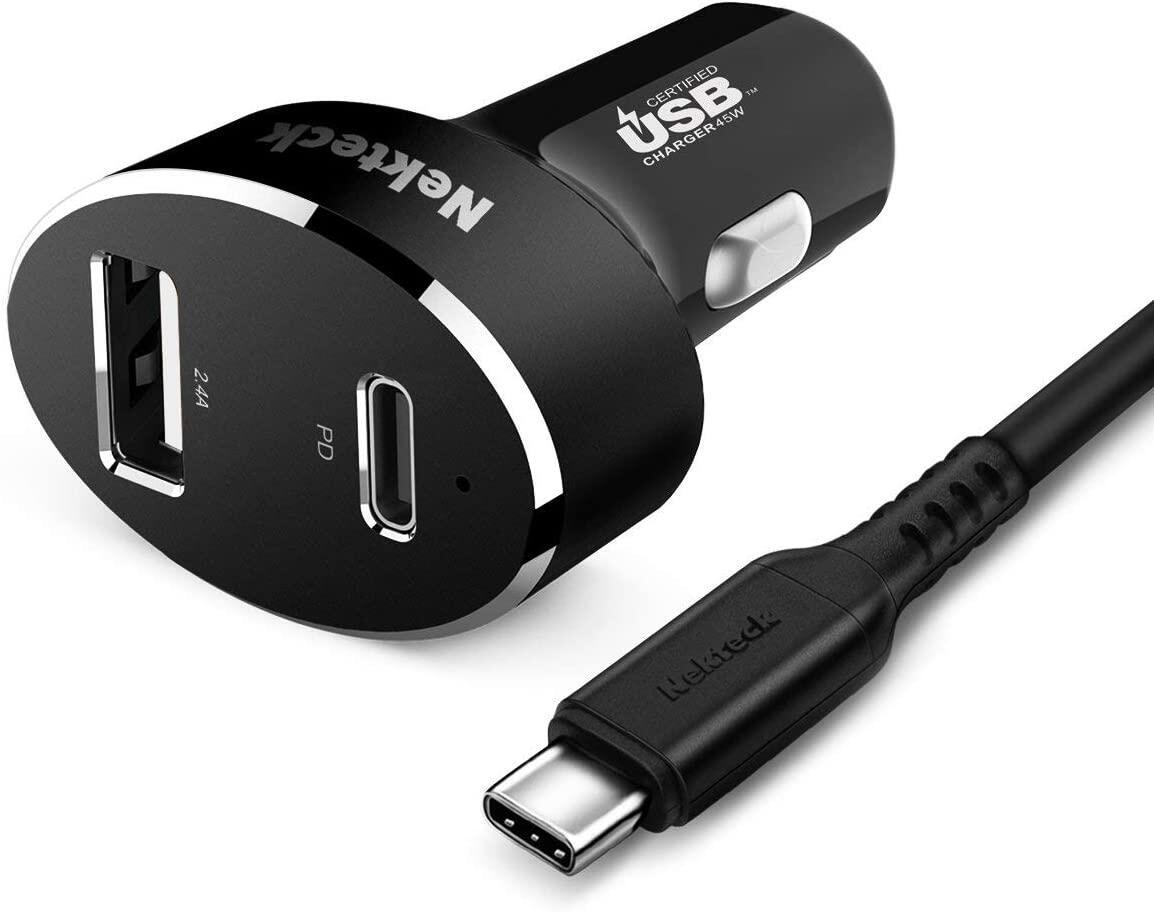 The Nekteck 45W USB Type C Car Charger is compatible with USB type C, but not micro USBs, although, Necteck said it features a 45W power delivery and 12W USB-A port for iPhone, iPad, MacBook Pro and Air, Galaxy S9/S8, Google Pixel 3XL, among others, and comes with a 3.3-ft USB-C cable. Nekteck said users can plug in "without fail" no matter how the user is holding or inserting the cable.

Nekteck warns this charger is not ideal for Samsung Note10/S10+ PPS devices. 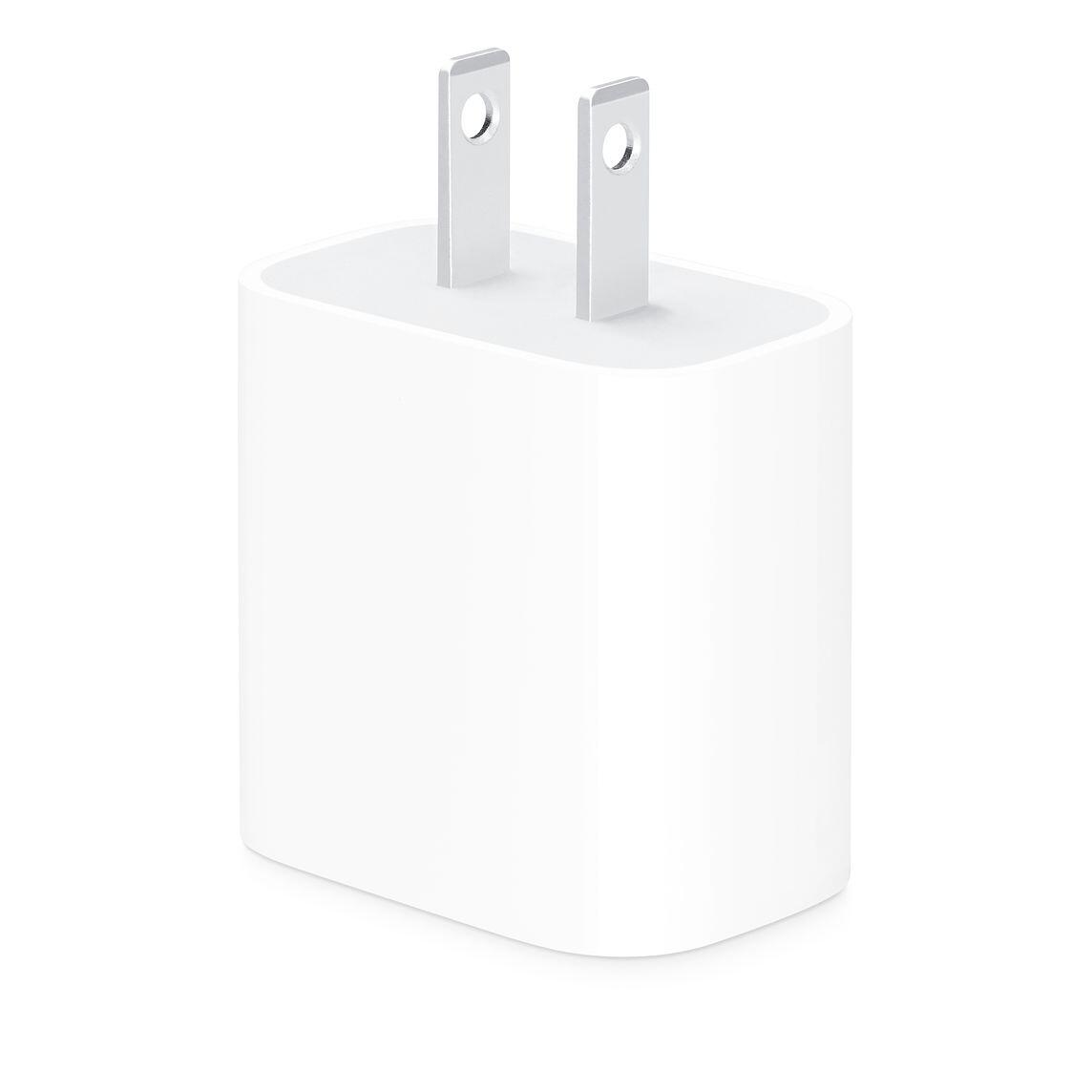 The Apple 20W USB‑C Power Adapter is another must-have for iOS users. This plug-in charges your iPhone at home or the office and is compatible with all USB-C-enabled device. It works best, suggests Apple, when paired with an iPad Pro and iPad Air for optimal charging performance. The fast-charging feature also works with iPhones from the iPhone 8 to the current phones. Charging cables are sold separately. 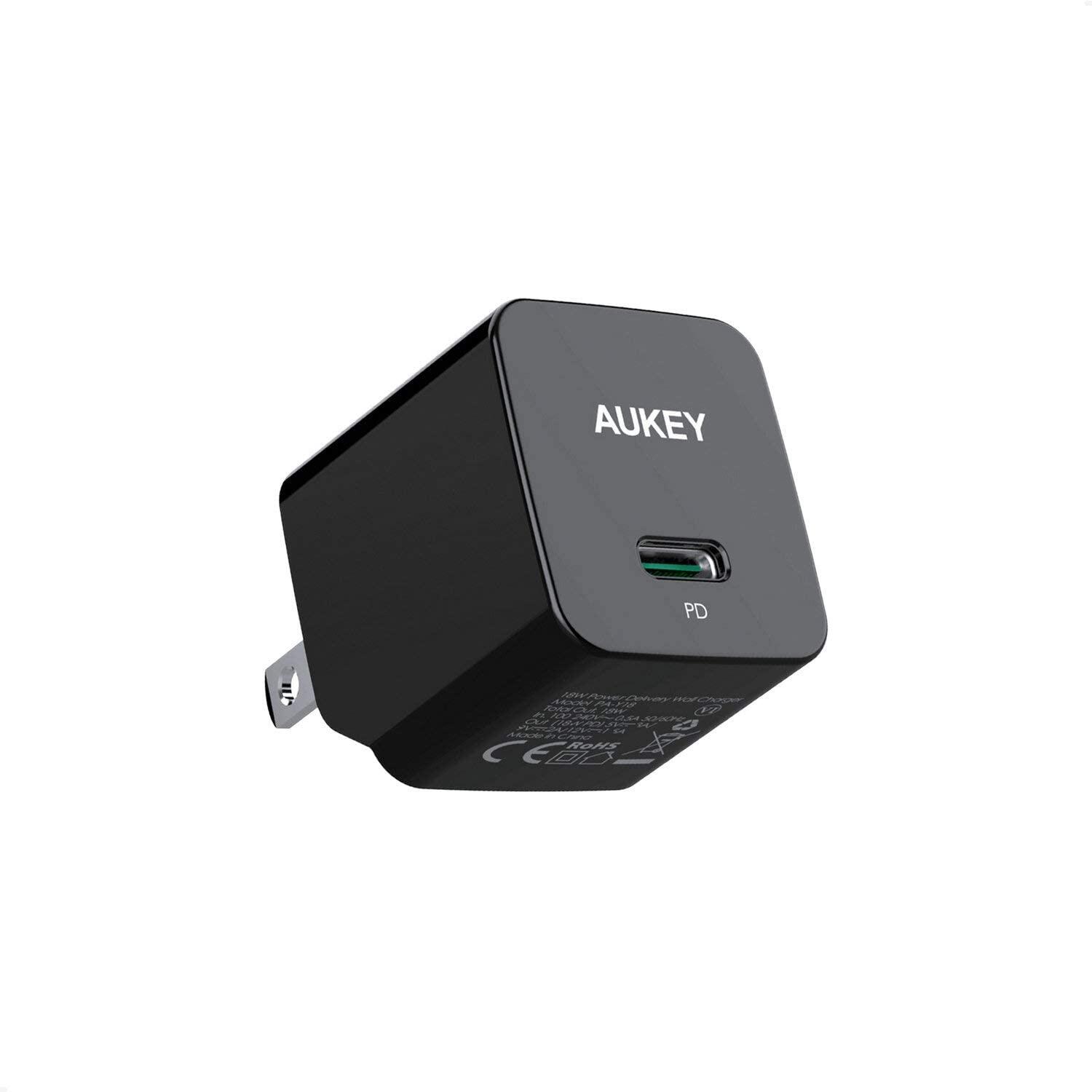 A bargain at $14, most people can afford putting one in popular rooms throughout the house: Home office, bedroom, bathroom, dining room, kitchen, garage, or even the entry way. This AUKEY charger is compact and features a foldable plug. The white version sells for $0.50 more, inexplicably. Could it be because it more closely resembles an iPhone plug-in charger? 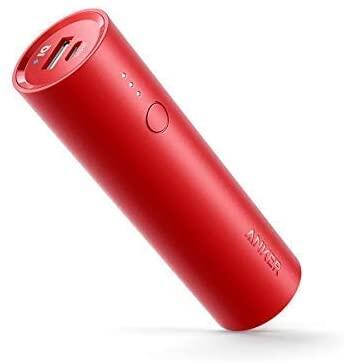 If the nearly 20K reviews (4.5 stars) the Anker PowerCore 5000 Portable Charger has on Amazon, are to be believed, this ultra-compact (10cm tall and 3cm wide), tubular battery may be just the thing if you're looking to slip it into your pocket or purse. It contains 5000 mAh of power and, Anker notes, is equipped with the proprietary "PowerIQ technology" for "the fastest possible charge to any phone or tablet (up to 2A)." It does not support Qualcomm Quick Charge. In addition to the PowerCore 5000, it includes a travel pouch, a micro-USB cable, a guide, and an 18-month warranty. USB-C cable and Lightning cable for iPhone and iPad sold separately. Blue, white and red versions are $30, the black version is $20 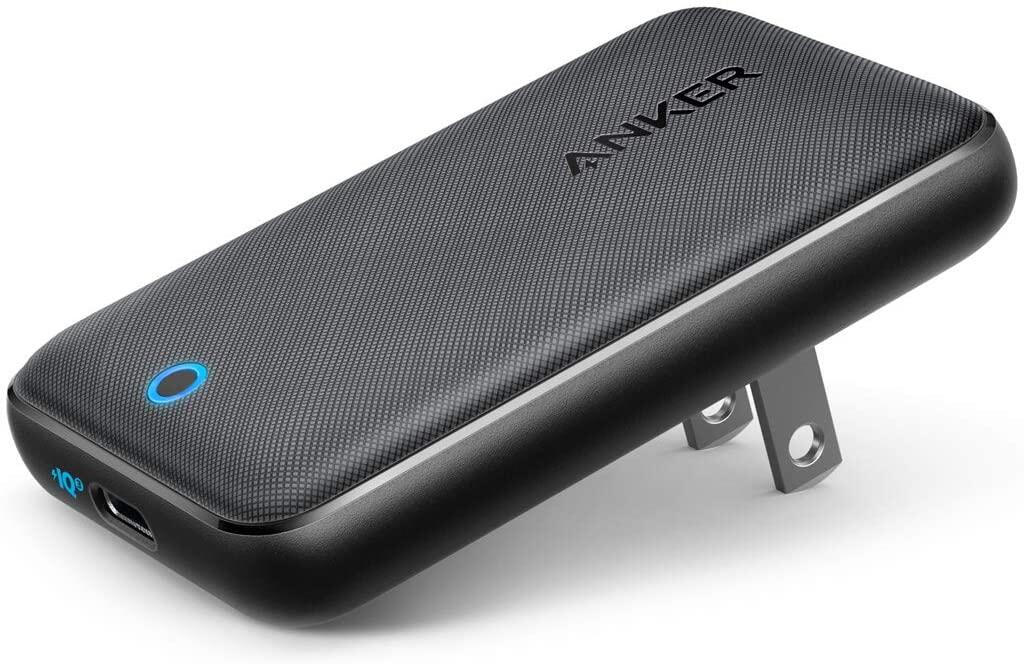 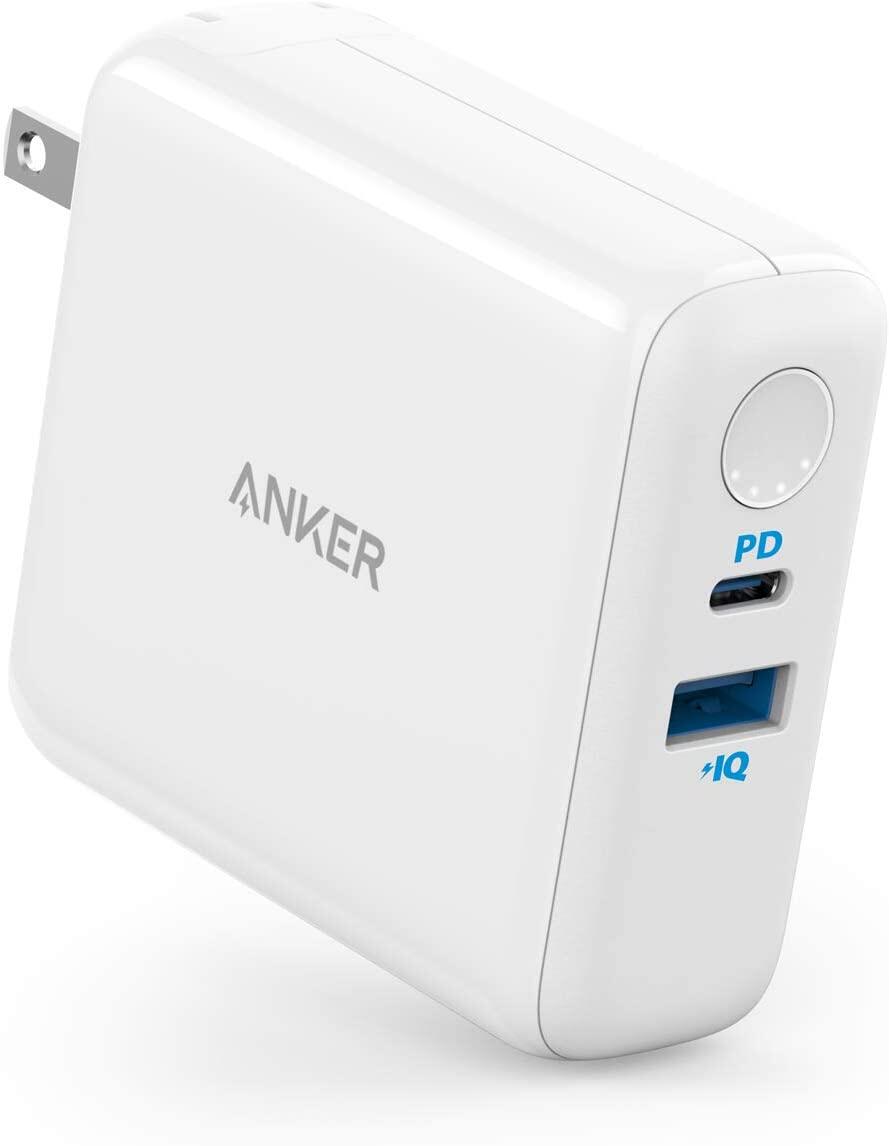 This is a very good (and cool) idea--a wall charger that doubles as a power bank and now comes with USB-A and USB-C ports, with up to 18 watts of power. Since it has a dual function, it is heavier than a traditional wall plug-in or portable charger, and you'll have to watch that the weight of it may pull downwards, severing its connection or slowing down its charging considerably. Anker claims it will recharge devices to 100% in two hours and 40 minutes. 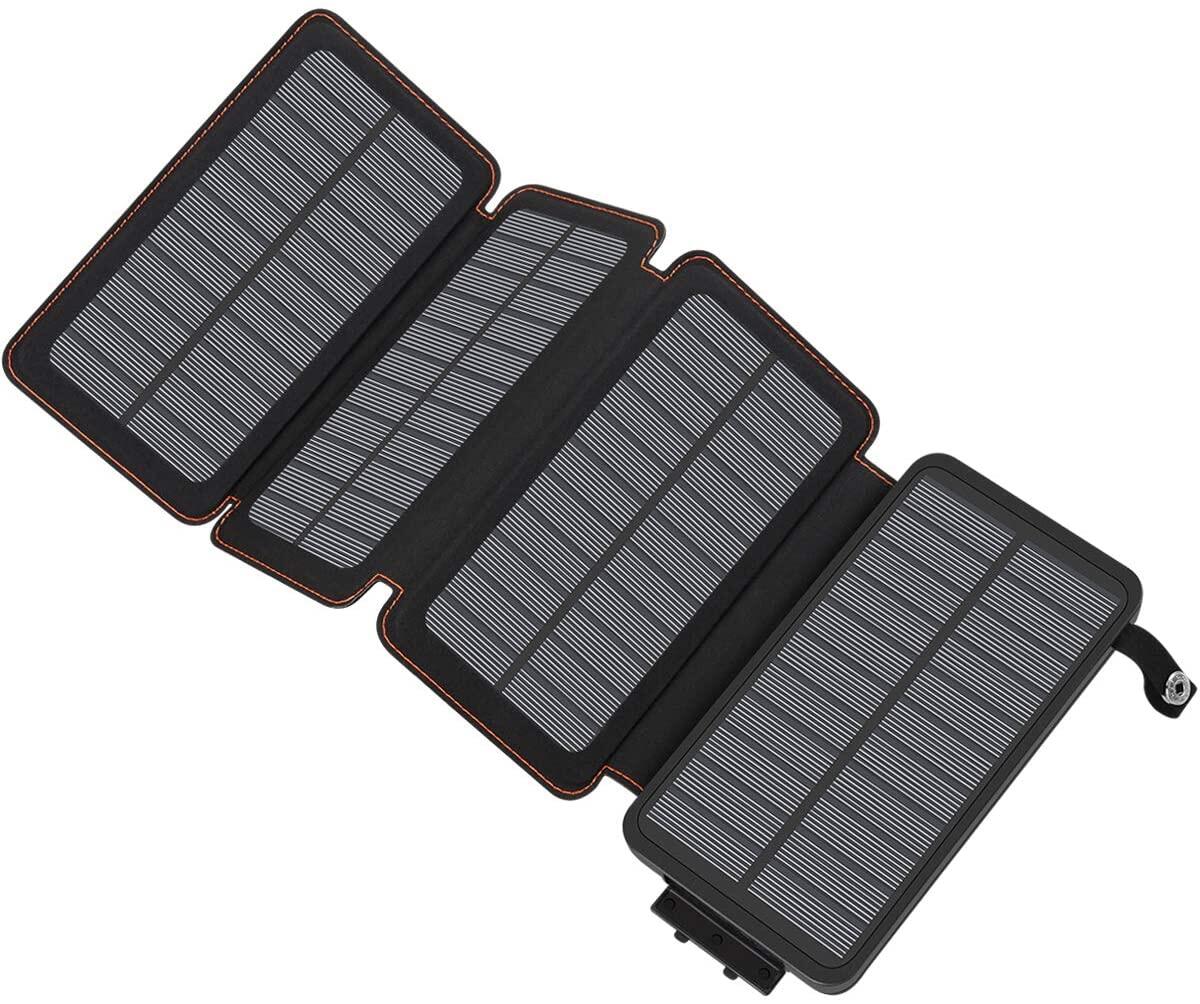 Available in black, orange, and red, the Hiluckey Solar Portable Power Bank has 25000mAH, dual USB ports, and is waterproof. It's designed with a high-efficiency Li-polymer battery and Hiluckey said it can charge most smartphones eight to 10 times, and tablets up to three to four times. It has four solar panels up to 1A input with recharge under direct sunlight, four to five times faster than most other solar chargers, according to the manufacturer. It features two USB outputs to charge two devices simultaneously and comes with a micro USB cable too.

N.F. Mendoza is based in Los Angeles. She has a BA in Broadcast Journalism and Cinema Critical Studies and a Master's of Professional Writing, both from USC. Nadine has more than 20 years experience as a journalist covering film, TV, entertainment, b...