Microsoft Windows includes several very beneficial accessibility options that are critically important to those users who need them. However, some of those accessibility features can be a minor annoyance to users who do not need them.

This blog post is also available in PDF format in a TechRepublic download. It was originally published in March 2011.

For example, in Windows 7, press the left-Shift key five times in quick succession. You should see a dialog blog like the one shown in Figure A.

For some, the ability to enable Sticky Keys is vital for proper interaction with the computer and the operating system, but for nervous editors like me, who often click the Shift key five or more times trying to think of the proper word or turn of phrase, it can be plain annoying.

The good news is that you can turn it off with a one-time journey into the depths of the Control Panel and a few clicks of the mouse in the right spots.

If the Sticky Keys dialog box is still on the screen, click the link in the box; otherwise navigate to the Control Panel (Figure B) and click the Ease of Access entry. 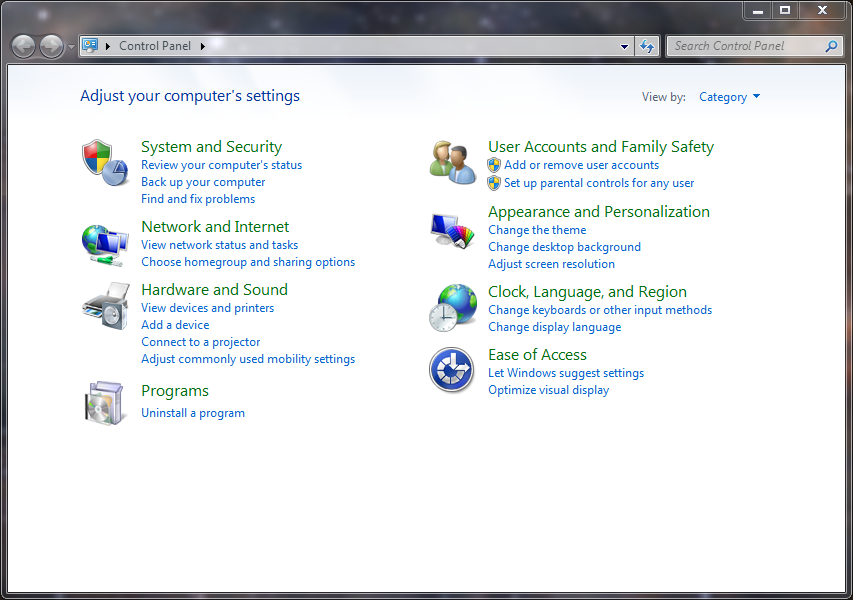 On the next screen (Figure C), you should click on the Change how Your Keyboard Works link to reach the screen shown in Figure D. 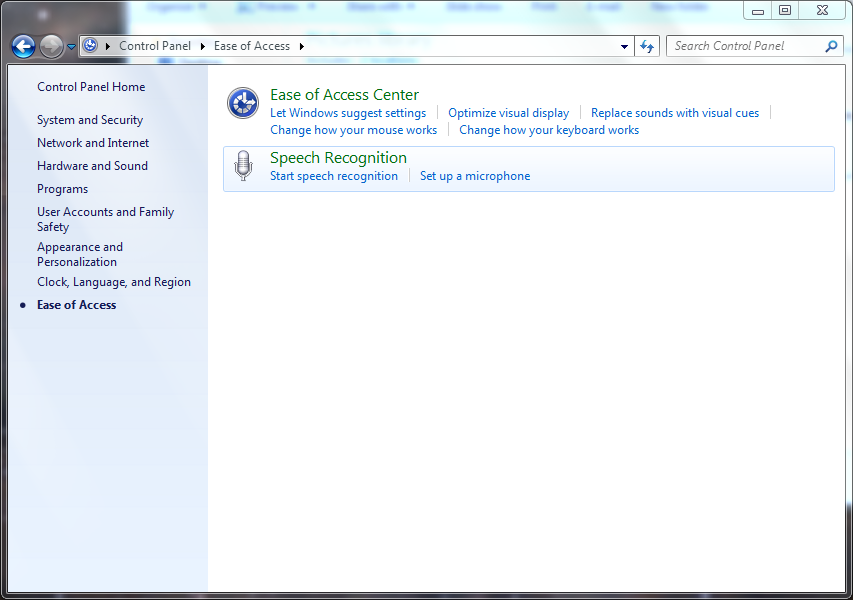 Change how your keyboard works. 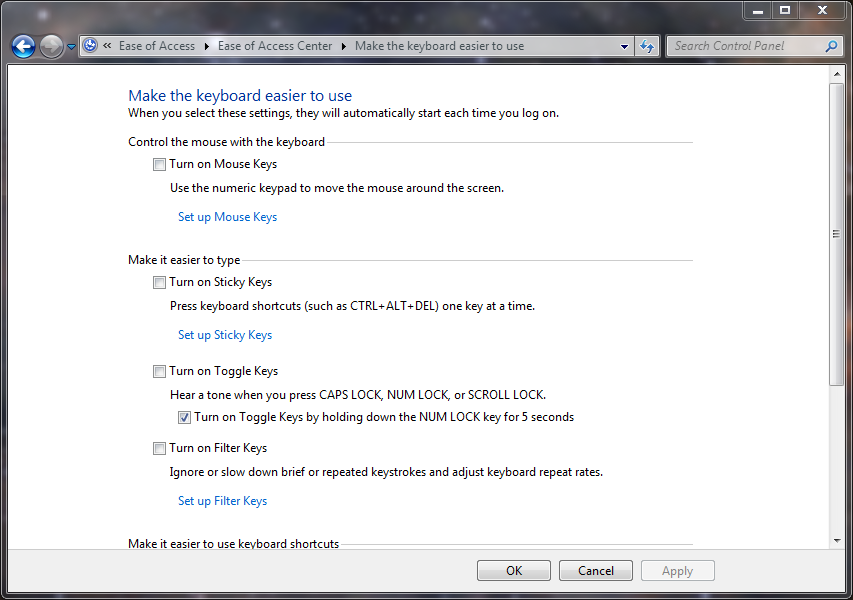 Make the keyboard easier to use.

By default, under the Make It Easier to Type section, most of the items should be unchecked. However, that does not prevent Windows from asking if you want to turn on the features if you happen to press the correct keyboard sequence. To turn off the dialog box and thus relieve the annoyance, you will have to dig a bit deeper.

Click on the Set Up Sticky Keys link to reach the configuration screen shown in Figure E. 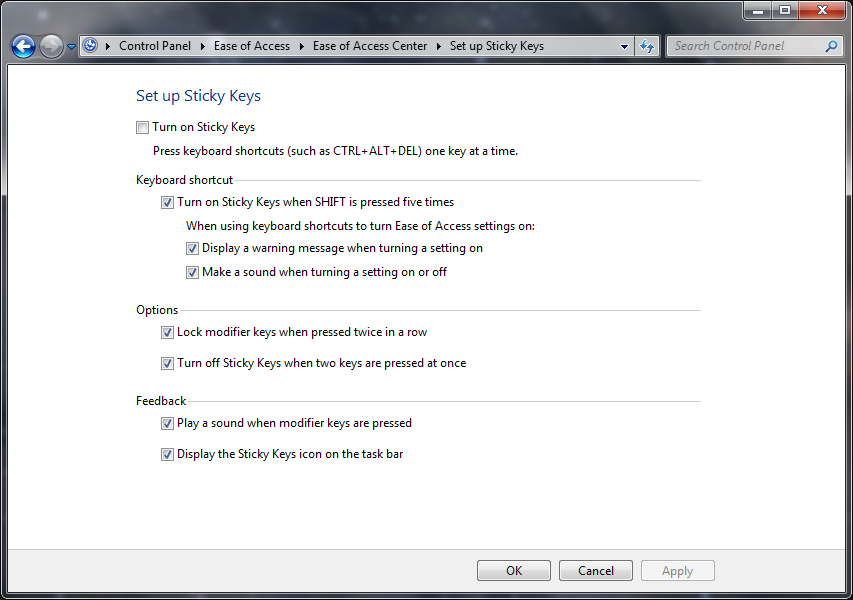 On this screen, you want to uncheck the Turn on Sticky Keys when SHIFT Is Pressed Five Times box. That will prevent Windows from asking if you want to turn the feature on.

Turn this off too

A related feature is called Filter Keys, which is triggered when you hold the right-Shift key down for eight seconds. You can turn this feature off by clicking the Set Up Filter Keys link found on the screenshot shown in Figure D.

Uncheck the Turn on Filter Keys when Right SHIFT Is Pressed for 8 Seconds box, as shown in Figure F. 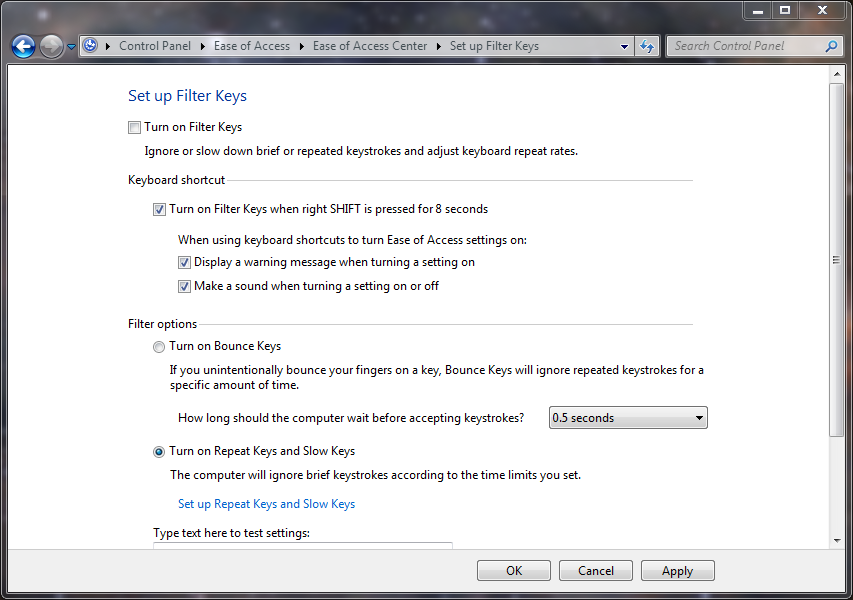 Turn on Filter Keys when right-Shift is pressed for eight seconds.

By unchecking those two boxes, assuming you do not need these accessibility features, you should eliminate two minor Windows annoyances from ever popping up unwanted again.