The Zenbook is a solid, Windows alternative to the MacBook Air. But, it's also a near mirror image of Apple's ultra-thin laptop, both inside and out.

In late 2011, Asus launched their Zenbook series of Ultrabooks. These super-thin machines, offer more processing power than netbooks, but weigh less than traditional laptops. They are designed to be a Windows alternative to Apple's MacBook Air.

And if imitation is the sincerest form of flattery, Asus must love the Air. In many ways, the Zenbook is nearly identical to Apple's ultra-thin MacBook. Both machines use an aluminum unibody design. Their exterior dimensions, weight, and wedge-shaped cases are strikingly similar. But it's the machines' interior hardware layouts that are most interesting. As I outline in the Analysis section below and in the video, the layouts are mirror images of each other.

Clones aren't a new concept in the computer market, and there are only so many ways to arrange hardware inside a case. If the Zenbook merely looked like the Air on the outside, I wouldn't label it a blatant copy. But the internal designs are so much alike, I can't think of a more appropriate description. Apple may feel the same way.

Earlier this week, the Chinese-language Commercial Times (Google Translate) ran a story that Apple pressured Pegatron, which builds the Zenbook for Asus, to stop producing the laptop. According to the story, Pegatron wants to maintain a good working relationship with Apple as the company is working with them to assemble the iPhone and iPad 3. Pegatron will stop producing the Zenbook in March, the report said.

Several tech media outlets picked up the story on Tuesday. CNET's Brooke Crothers wondered if Apple was "becoming uneasy about the crush of Windows ultrabooks hitting the market?" But, ZDNet's Adrian Kingsley-Hughes isn't sure the story rings true. To date, Apple, Asus, and Pegatron have all been silent on the matter.

Even if there's no truth to the Commercial Times story, I can understand why Apple might be a little disturbed by the Zenbook's design--both inside and out. 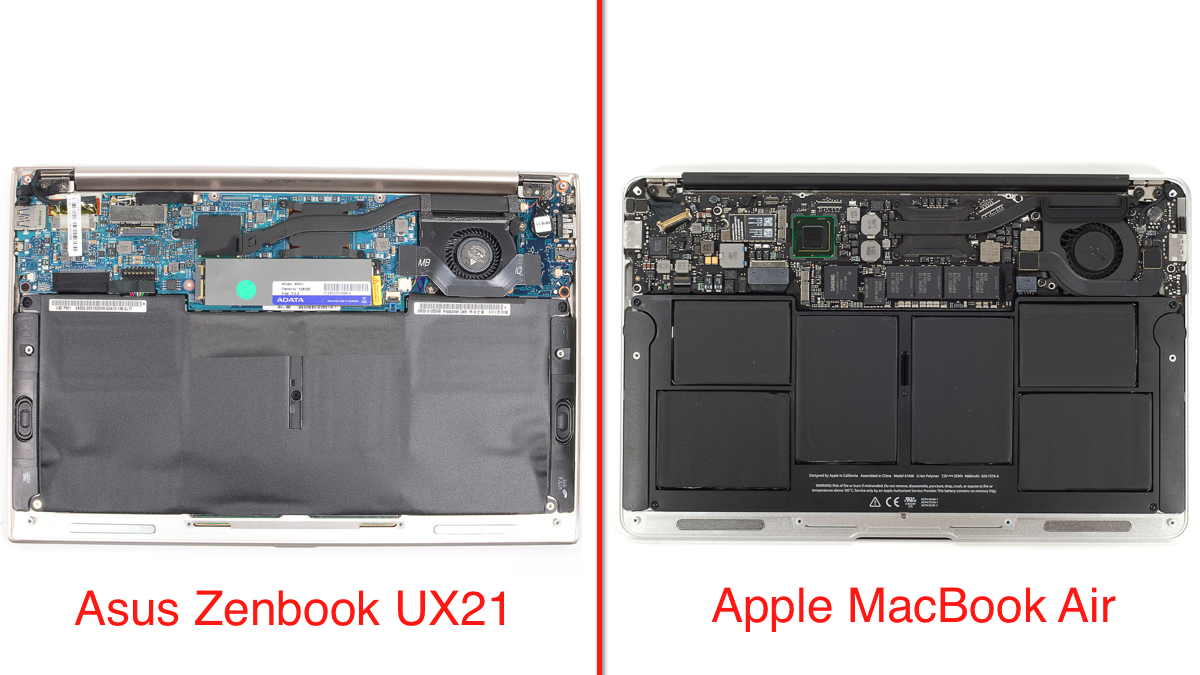 Our Asus Zenbook UX21E-DH71 test machine has the following hardware: